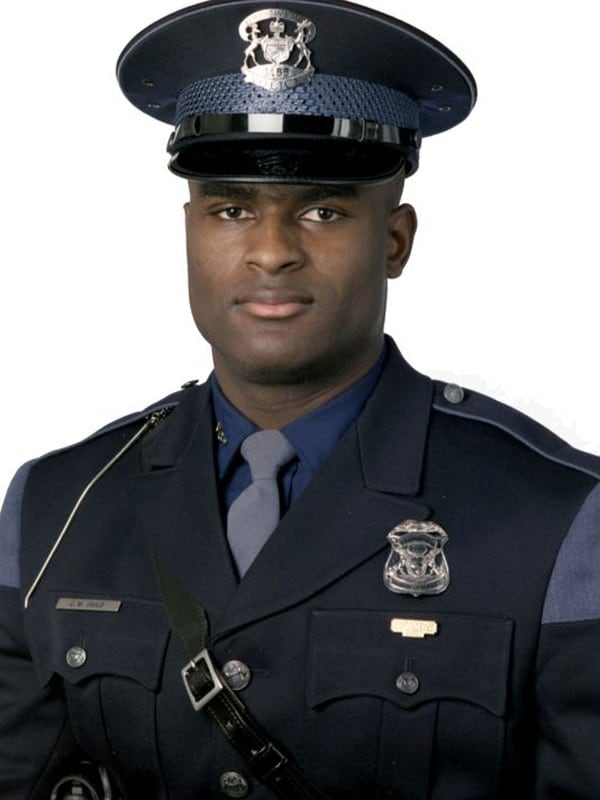 Trooper Gary Guild was overpowered by two men before two good Samaritans stopped to give him a hand. (Photo: Michigan State Police)

A Michigan State Trooper was being overpowered by two men who were assaulting him on the side of the road Monday morning, but two passersby stopped to assist the trooper and are now being hailed as heroes.

The incident unfolded in Berrien County after Trooper Gary Guild attempted to stop a speeding motorcycle, which was driven by Barber. Initially, it appeared that Barber was going to stop but after slowing down, he quickly accelerated then re-entered the freeway and gave chase.

The chase continued on for about three miles but eventually, Barber lost control and crashed the motorcycle. Guild stopped his patrol vehicle and Barber immediately returned to his feet and “charged” at the trooper.

While the officer was wrestling with Barber, a vehicle driven by Wise stopped behind them. Wise emerged and also joined in on the assault against the officer. According to reports, Wise held Guild down and choked him as Barber repeatedly punched him in the face.

Soon thereafter, a 50-year-old man from Plainwell, who did not want to be identified, was driving by when he noticed the assault. The man stopped his vehicle, went to assist the officer in need, and was able to pull both Barber and Wise off of Trooper Guild.

Moments later, 44-year-old Jerry Burnham was passing by when he also noticed the officer in need of assistance. Burnham stopped and helped subdue Wise while Guild arrested Barber.

Guild was taken to the hospital and treated for minor injuries then released.

“They stopped when other people were not stopping to help a police officer who was being attacked by two people,” Michigan State Police Lt. Melinda Logan said of the good Samaritans. ”Without regard for their safety, they came in and rescued the trooper until he was able to gain control of the suspects and place them under arrest.”

Logan said he doesn’t know what would have happened to Guild had the two good Samaritans not stopped to help him. Logan also said they plan to honor the two men somehow.

Authorities later learned the motorcycle driven by Barber was stolen.

Barber and Wise now face charges for assault strangulation, attempting to disarm a police officer, and resisting and obstructing a police officer causing injury – all felony charges. Additionally, Barber is charged with third-degree fleeing and eluding and receiving and concealing a stolen vehicle – all felonies. Wise was also charged with obstruction of justice, a felony.

Wise is being held on a $100,000 cash bond and Barber on a $75,000 cash bond. Their preliminary hearings are scheduled for next month.