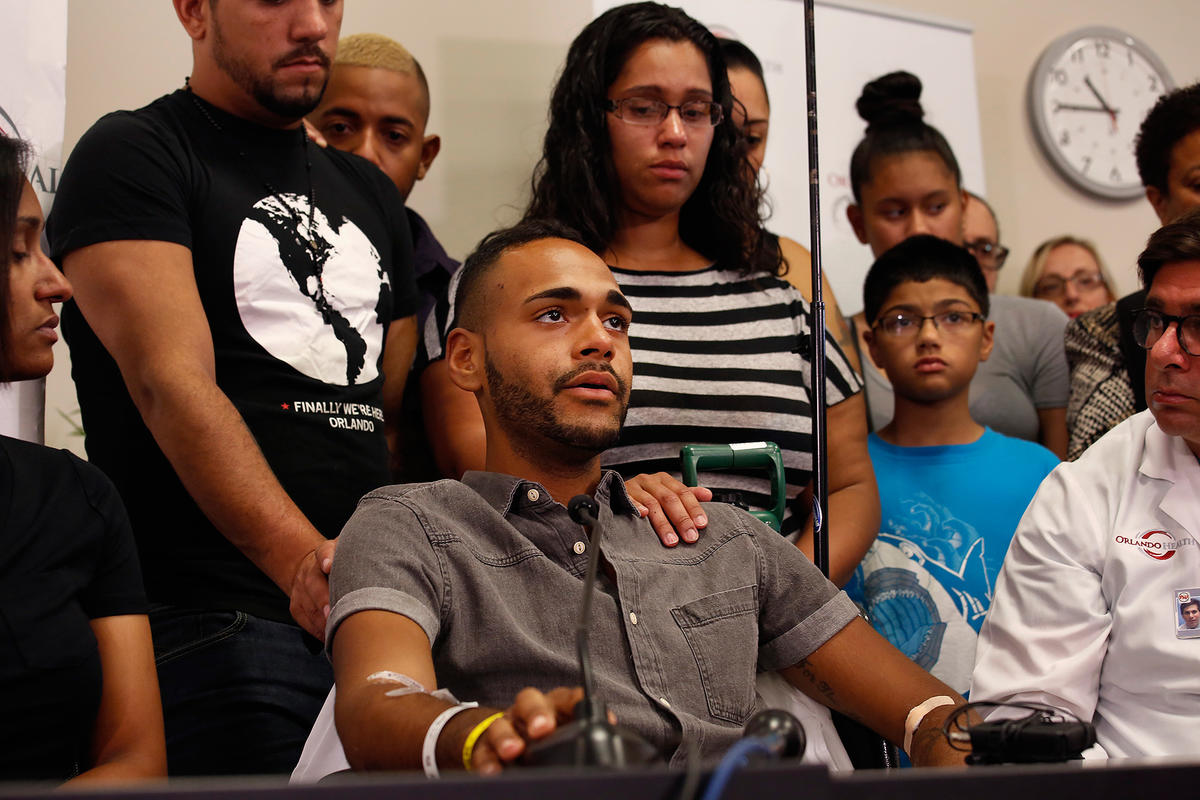 Pulse nightclub shooting survivor Angel Colon has linked up with gun control group the Brady Campaign to Prevent Gun Violence and is now co-president of their Orlando chapter.

In a recent People profile, 26-year-old Colon speaks about the massacre at the Orlando nightclub, the deadliest mass shooting in American history, and how it led him to lobby Congress to tighten gun laws.

“One minute I was having fun and the next, I was shot multiple times and fighting for my life,” Colon tells People. “I was shot by a man who never should have had a gun.”

Colon was shot six times that night in 2016 and has since gone through three surgeries. In the hospital, Colon says he had an epiphany while giving a press conference among more than 100 reporters and photographers.

Angel’s resilience in the face of tragedy and his determination to make the world a safer, brighter place drive this movement forward and we’re honored to have him in our Brady family. Most of us will never have to exercise the kind of courage Angel has, but thanks to People’s latest project we can all join him in holding politicians accountable. It’s been nine months since the Pulse shooting and while several states voted to strengthen gun laws last fall, the only action Congress has taken is to weaken those laws. The collective voice of the American people cannot and will not be drowned out by the gun lobby and the greed of special interests — and Angel is leading the way as we make our voices heard.

While Colon and the Brady Campaign have called for stricter gun laws, many in Florida have had different responses to the tragedy.

National LGBTQ gun rights group the Pink Pistols have started to offer firearms training classes to Orlando’s LGBTQ community. Their First Speaker, Gwendolyn Patton, has argued gun control is not the answer and has called for the allowance of  designated carriers in areas where alcohol is served.

Several Florida lawmakers have also proposed legislation that would do away with many gun-free zones in the state. At least 18 gun-friendly bills have been filed by Republicans this year in the Florida Legislature.