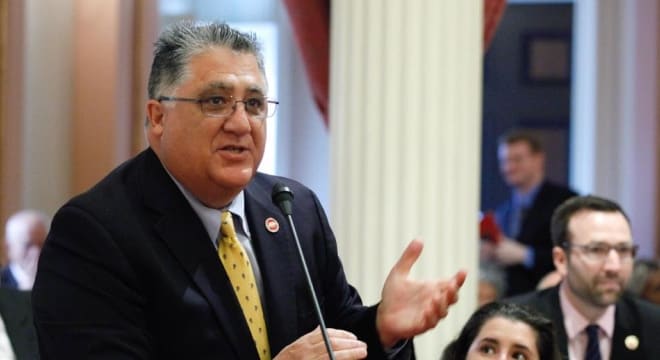 A Senate Democrat has proposed legislation that would cap sales of rifles and shotguns in the state to one per month.

The measure, introduced to the Senate on Feb. 16, would expand California’s current gun rationing on handguns to include all firearms and is sponsored by state Sen. Anthony Portantino, D-La Cañada Flintridge.

Portantino’s measure, SB 497, would prohibit more than one sale of any firearm to an individual inside a 30-day period. Two exceptions, allowed for shotguns and rifles only, would be for those with a valid, unexpired hunting license issued by the California Department of Fish and Wildlife or for an auction conducted by a nonprofit.

Portantino is a noted proponent of gun control.

In 2011, legislation penned by Portantino, then in the State Assembly, brought about a statewide ban on the open carry of firearms, a fact he is quick to point out on his campaign site.

Assemblymember Mike A. Gipson, D-Carson, is listed as a co-author of SB 497.  Gipson wrote a measure last session, AB 1673 to change how California classifies unfinished firearm frames or receivers. While that bill was approved by lawmakers, Gov. Jerry Brown vetoed it, contending it’s language was so vauge that it “could have far reaching and unintended consequences.”

A previous effort at adding shotguns and rifles to the 1-gun-per-month rationing scheme was introduced last session but was also scrapped by Brown who said in the veto message “Given California’s stringent laws restricting gun ownership, I do not believe this additional restriction is needed.”