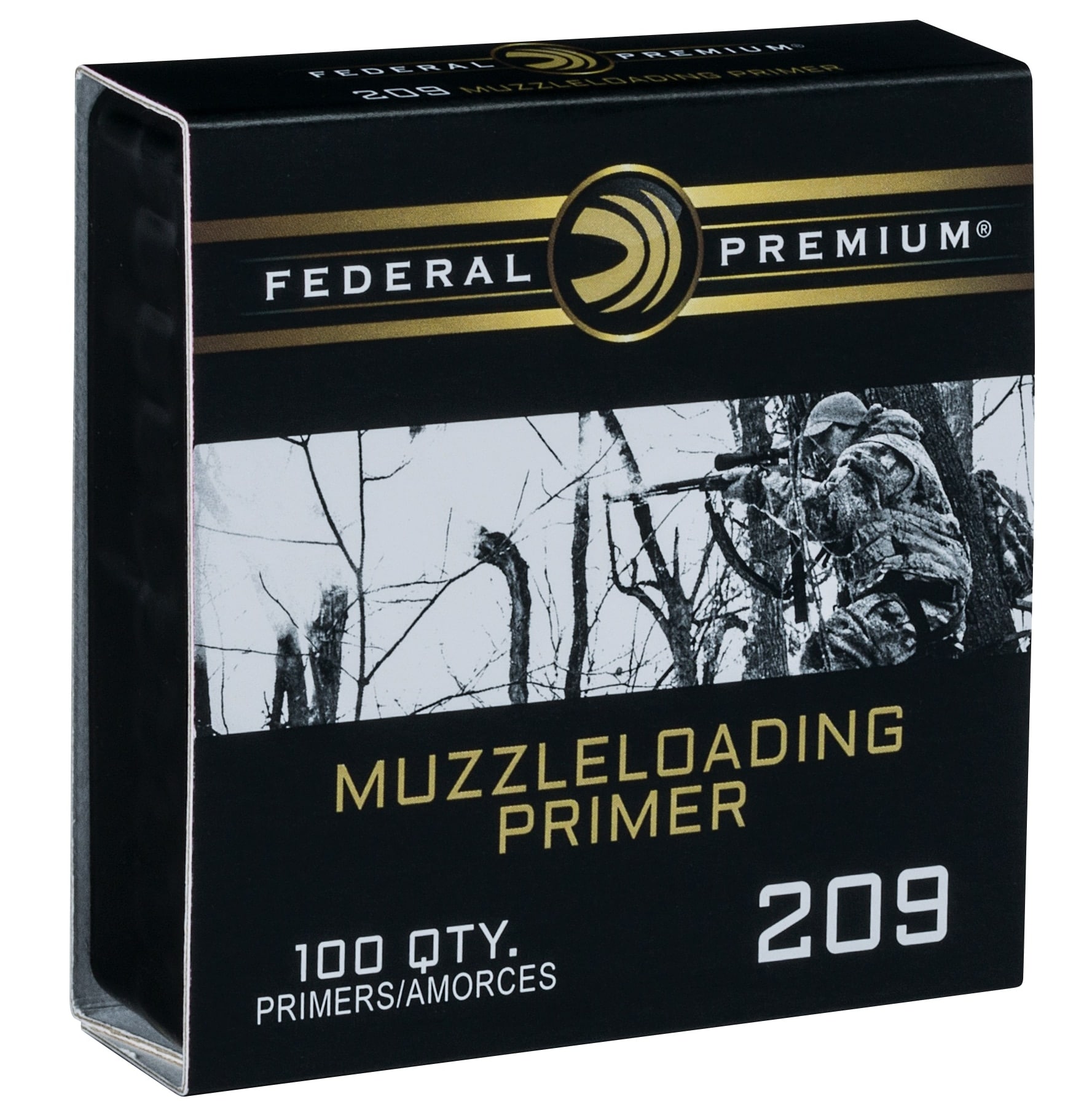 Federal Premium Ammunition welcomes the new 209 Muzzleloading Primer, designed to work with the B.O.R. Lock MZ bullets, to its lineup of new products.

The primer formulation is designed to resist moisture and provide a hot, reliable ignition of both the granulated powder and pellets under any condition. The primer also minimizes “crud ring” fouling in the breech area. Crud ring is the accumulation of burnt powder and residue that forms during firing. Normally found in front of the breech plug, where powder ignition under the projectile takes place, the crud ring can either be a hard residue or my pliable. Either way, the accumulation can lead to loading problems. Federal Premium’s 209 primer aims to lessen the amount of build-up, therefore, preventing shooters from having to clean as often.

The 209 Muzzleloading Primer comes in a 100-count pack and is currently being delivered to dealers with a price point of $8.95.