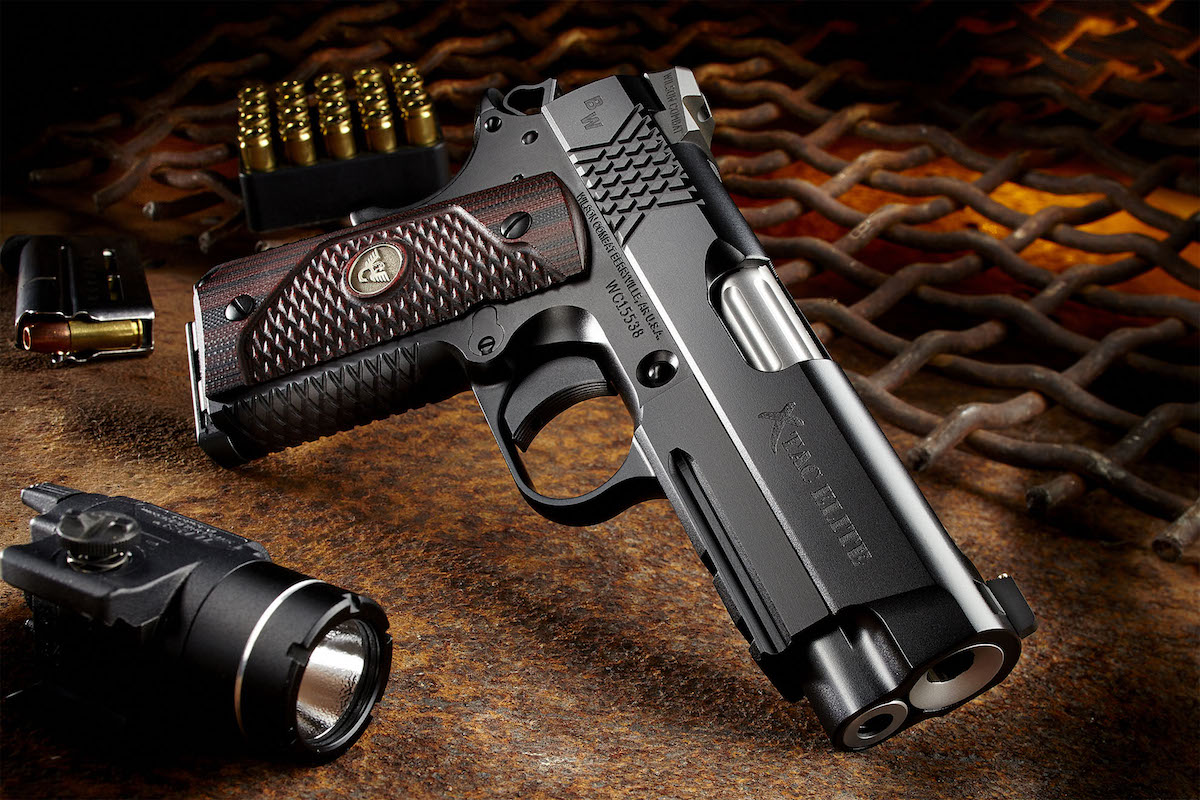 “A common question around here is ‘What custom gun does Bill Wilson carry?’” The company put out in a statement announcing the new 1911. “At Wilson Combat the quest for defensive firearm perfection never ends, but we can say that this model is an exact clone of what Bill Wilson carries on most days in the office, around town, or at the ranch.”

With a crisp trigger pull hovering around 3.5 pounds, the 1911’s fluted 4-inch barrel sits inside a carbon steel slide. Equipped with Concealment Bullet Proof beavertail grip safety and hammer as well as a Tactical Bullet Proof thumb safety, the company says the new gun is easy to conceal and easy to carry on a daily basis.

Featuring G10 ultra thin grips, the pistol comes in a few color combinations to include black on flat dark earth, black on gray and black on green. Wilson Combat has said that no other color customizations will be offered. In addition, the company is limiting the amount of options available. Currently, shooters will be able to front sight, single or ambidextrous safety and optional magwell.

The Bill Wilson Carry Pistol II hits the high-end of the market with a price point of $3,850.