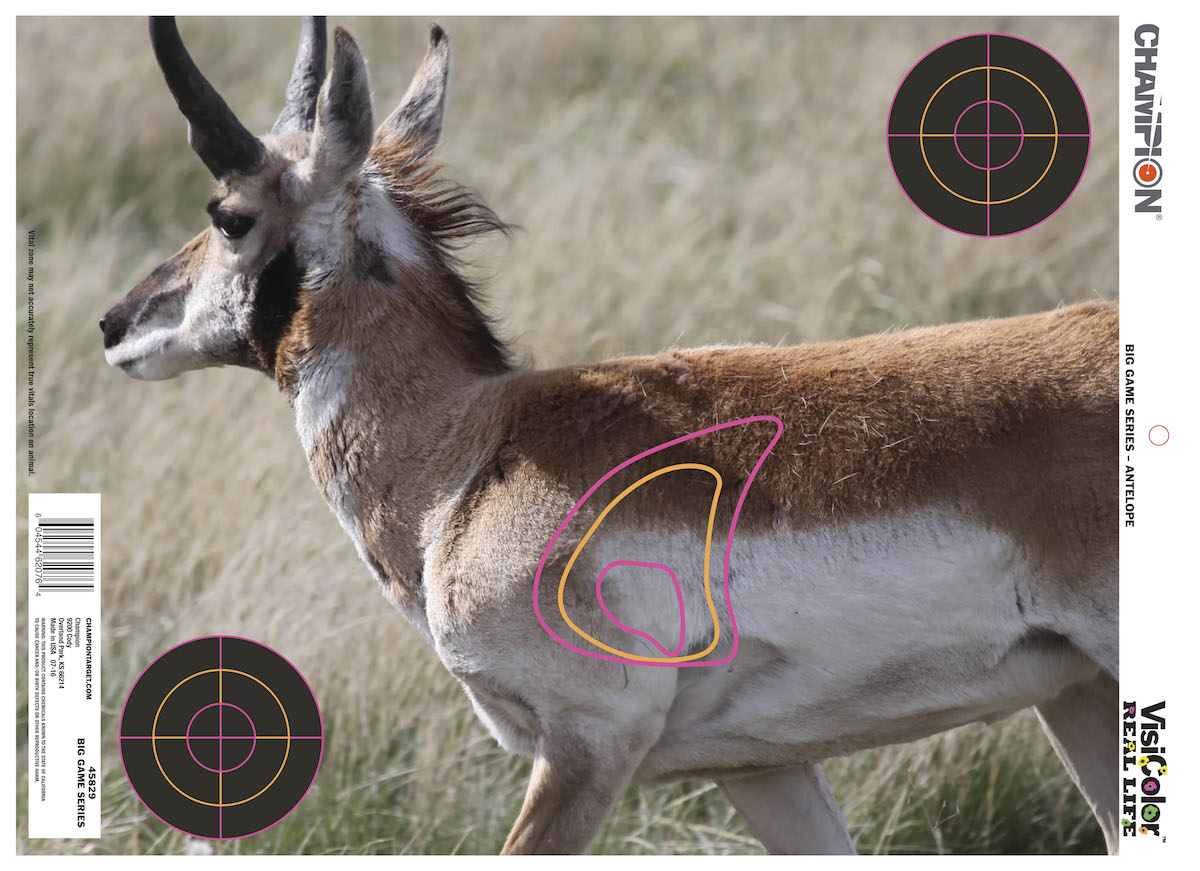 Champion Traps and Targets released a new set of VisiColor targets aimed at livening up range shooting with realistic targets.

The expansion on the VisiColor line includes new Real Life, Reflex, Training Silhouette and Fun Games series reactive targets. Hunters can take aim at bears, antelopes, and white-tail deer photographs from outdoor photographer Brad Fenson. A successful shot on the trophy animal displays a burst of color in each vital zone. Additionally, the targets feature a sight-in bullseye which allow shooters to zero in rifles before targeting the big game. Each package comes with four total targets of all three animals.

“Interactivity is key to fun on the range today,” said Hemeyer in a statement. “Shooters want to have fun and improve their skills with immediate feedback. With VisiColor, visual confirmation is immediate and lets you know exactly how you’re doing.” 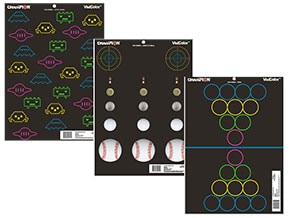 Adding a little flavor to target shooting, the Fun Games series offers a series of challenges for shooters to accomplish. (Photo: Champion Traps and Targets)

Offered with 12 targets, the Fun Game series is comprised of three games, each with unique challenges.

“The Champion VisiColor series is the best way to have more fun, while also improving your shooting skill,” Hemeyer said. “Indoors or outside, these targets are a necessity for any day at the range.”

Prices vary depending on package and are available through Champion’s website.