Rock Island Auction House has released some teaser information about their upcoming Premier Auction in May, and it has just about one of every full-auto or select-fire offering on your fave list.

While they do not have the full item descriptions listed yet, they have released some highlight images and what they show– besides the regular fare of 19th Century collectible lever guns and 18th Century dueling pistols– is a cornucopia of Title II/Class 3 items. Outside of the full Call of Duty collection, you aren’t going to find these guns in one place.

Among the neater pieces we spotted was an Oerlikon 20 mm cannon complete with Naval AAA mount and 60-round mag: 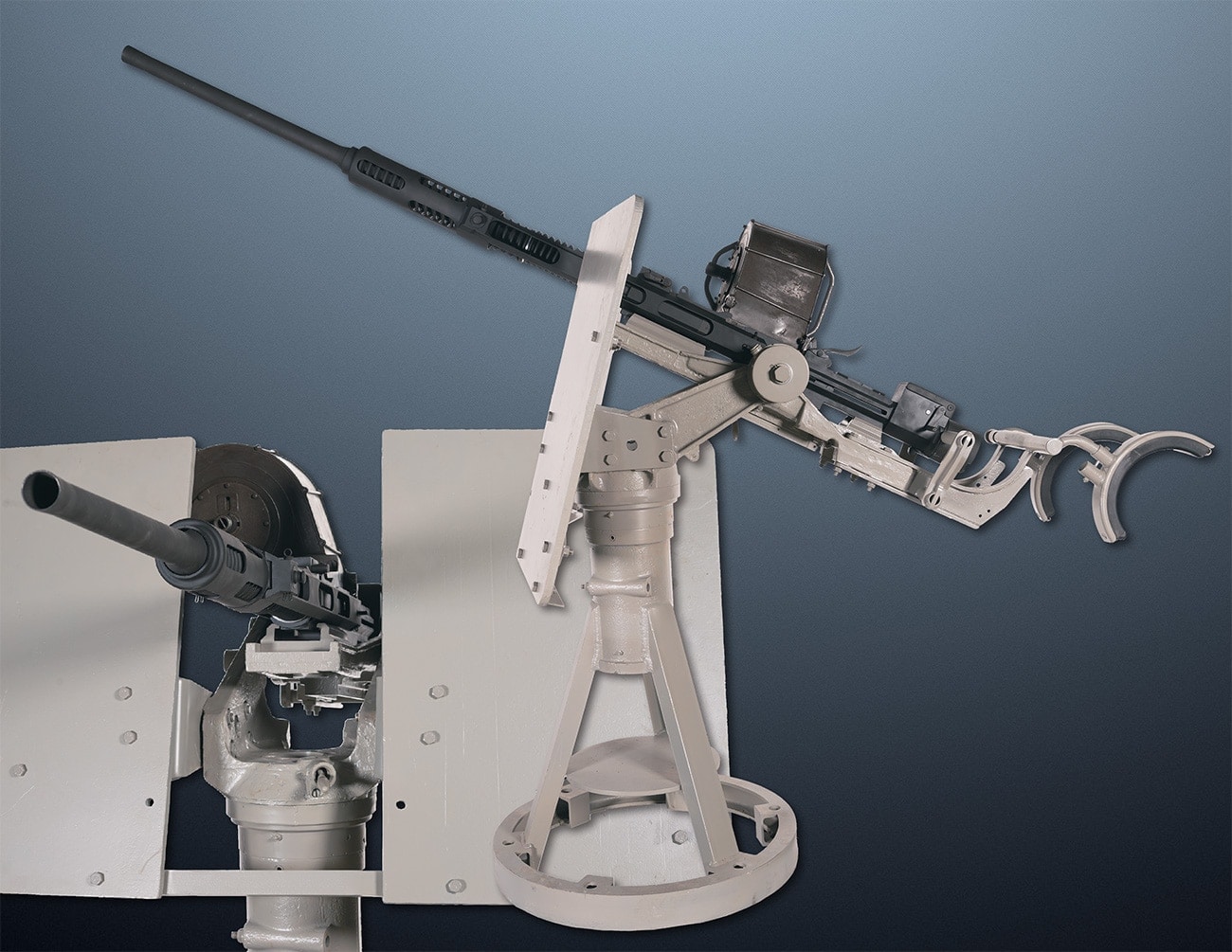 If you are a submachine gun fan, you will not be disappointed. The auction contains at least two M1928 Thompson subguns as well as other rare SMGs to include a beaucoup ugly French MAS 1938, a Brazilian URU, a Spanish Star Z-63, a Yugo M56 in 7.62x25mm, Walther MPL and some more common UZIs and M3 Grease guns. 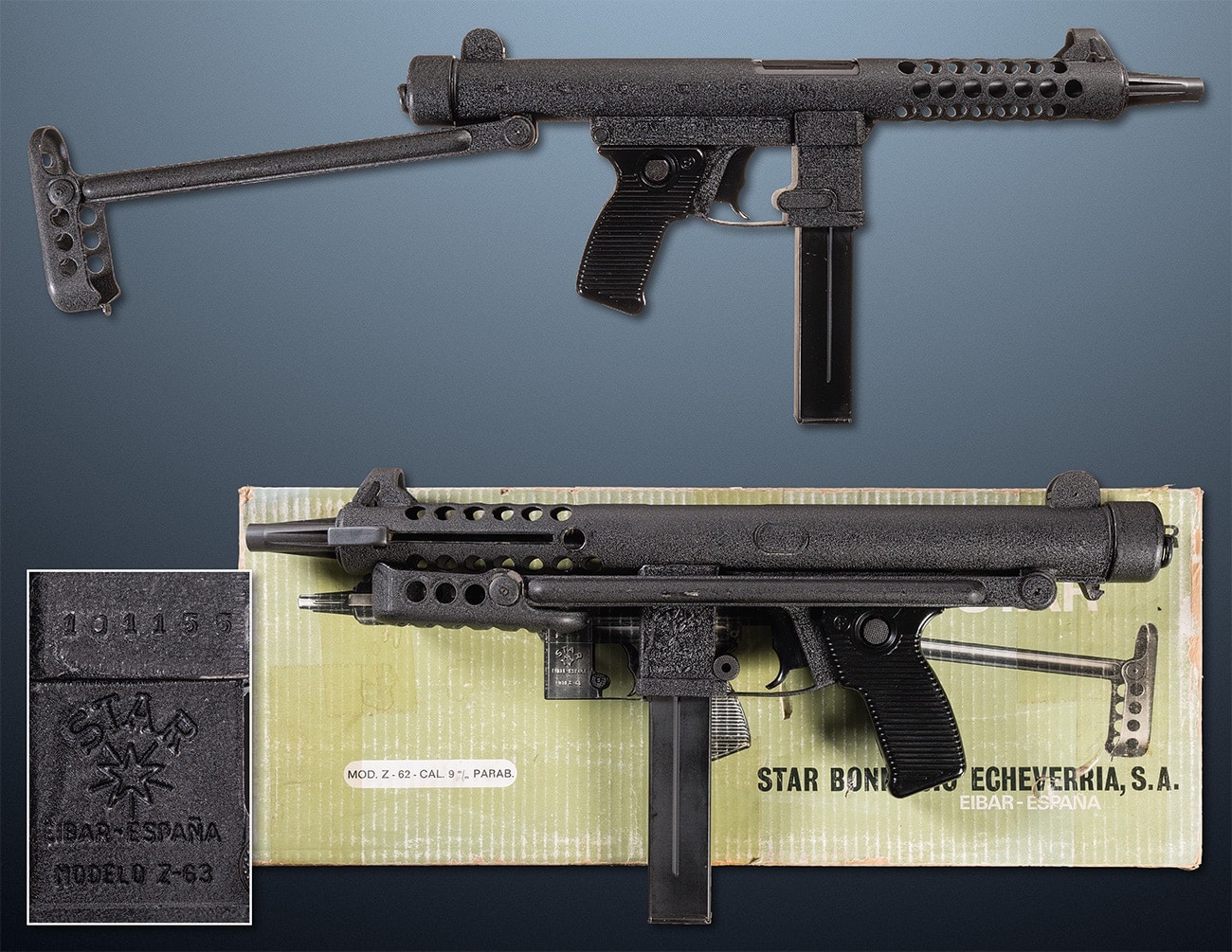 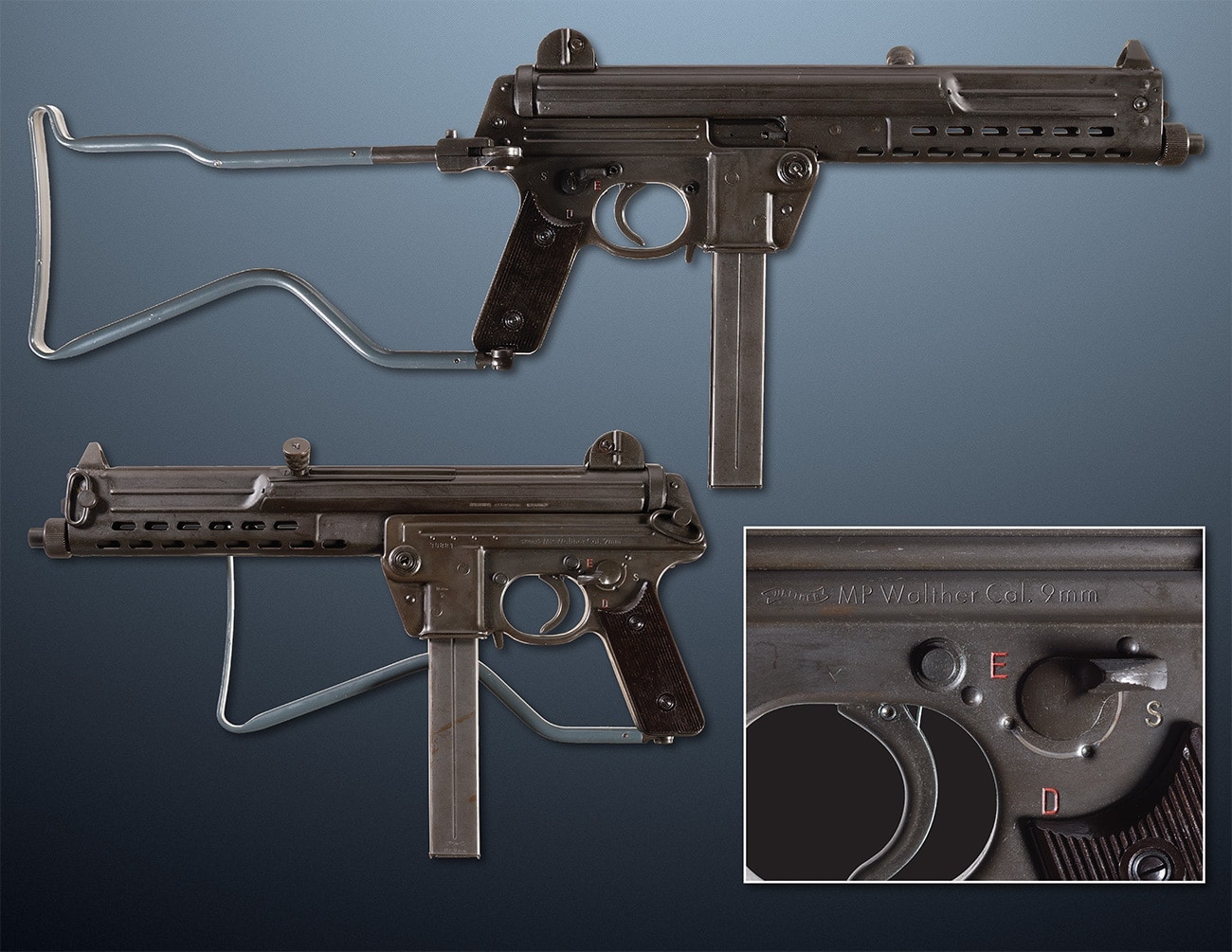 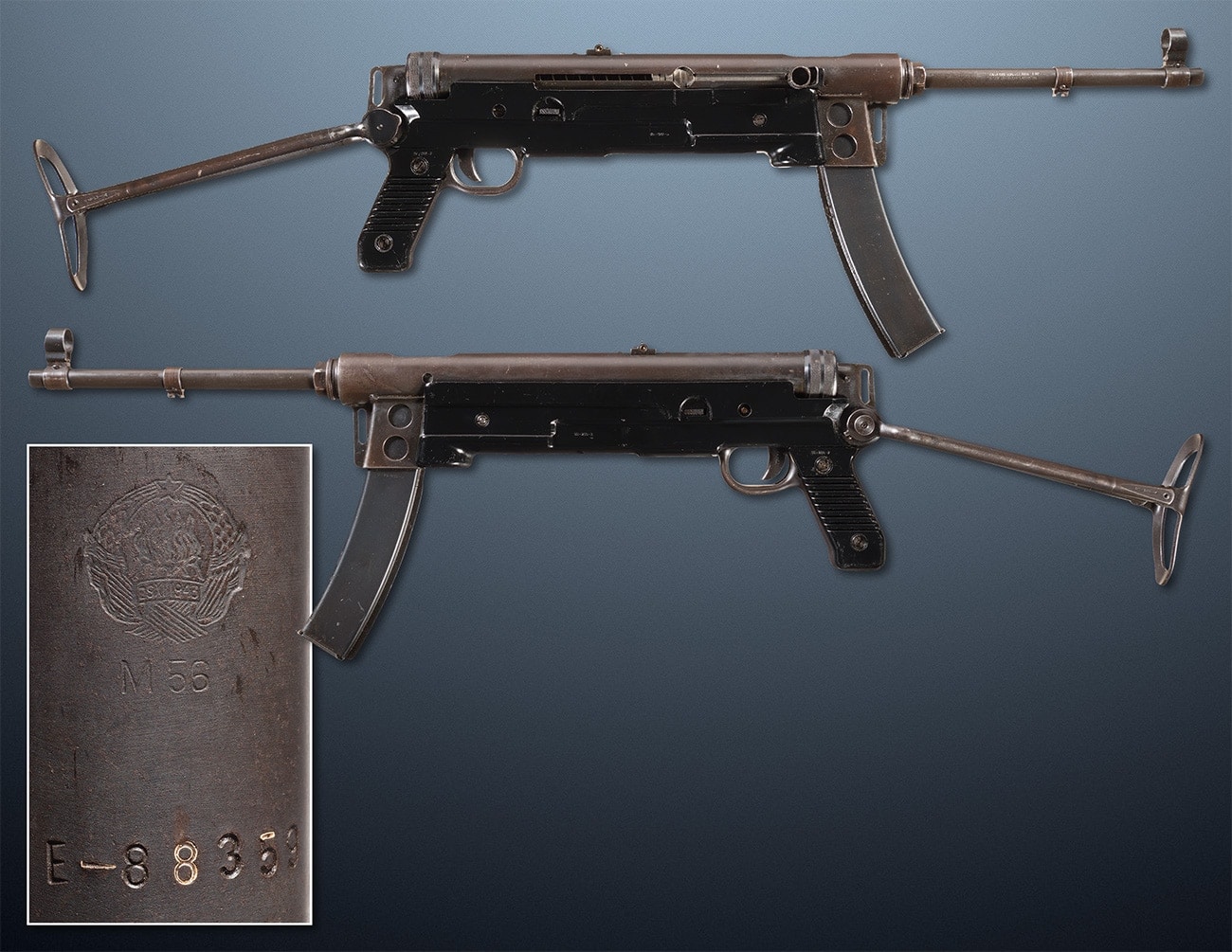 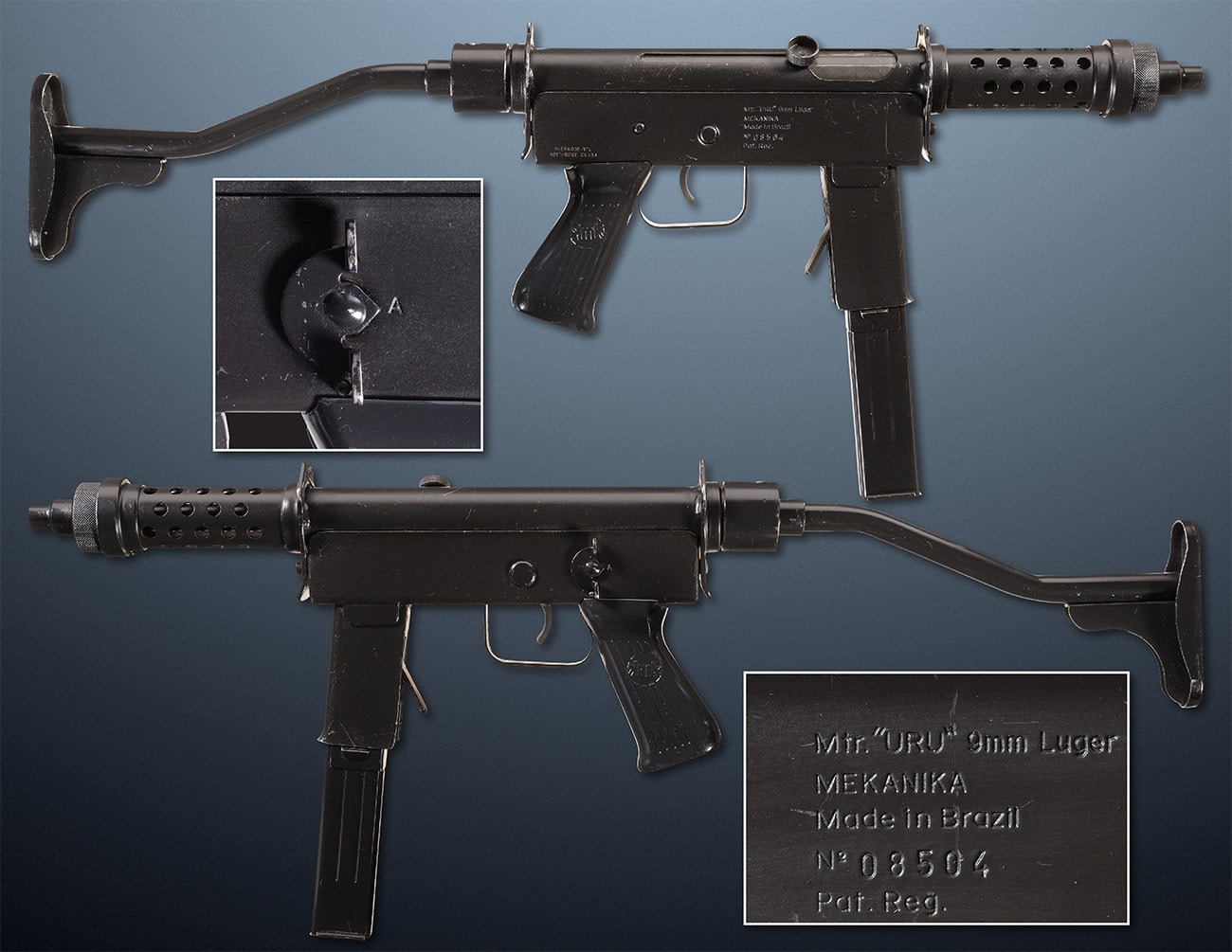 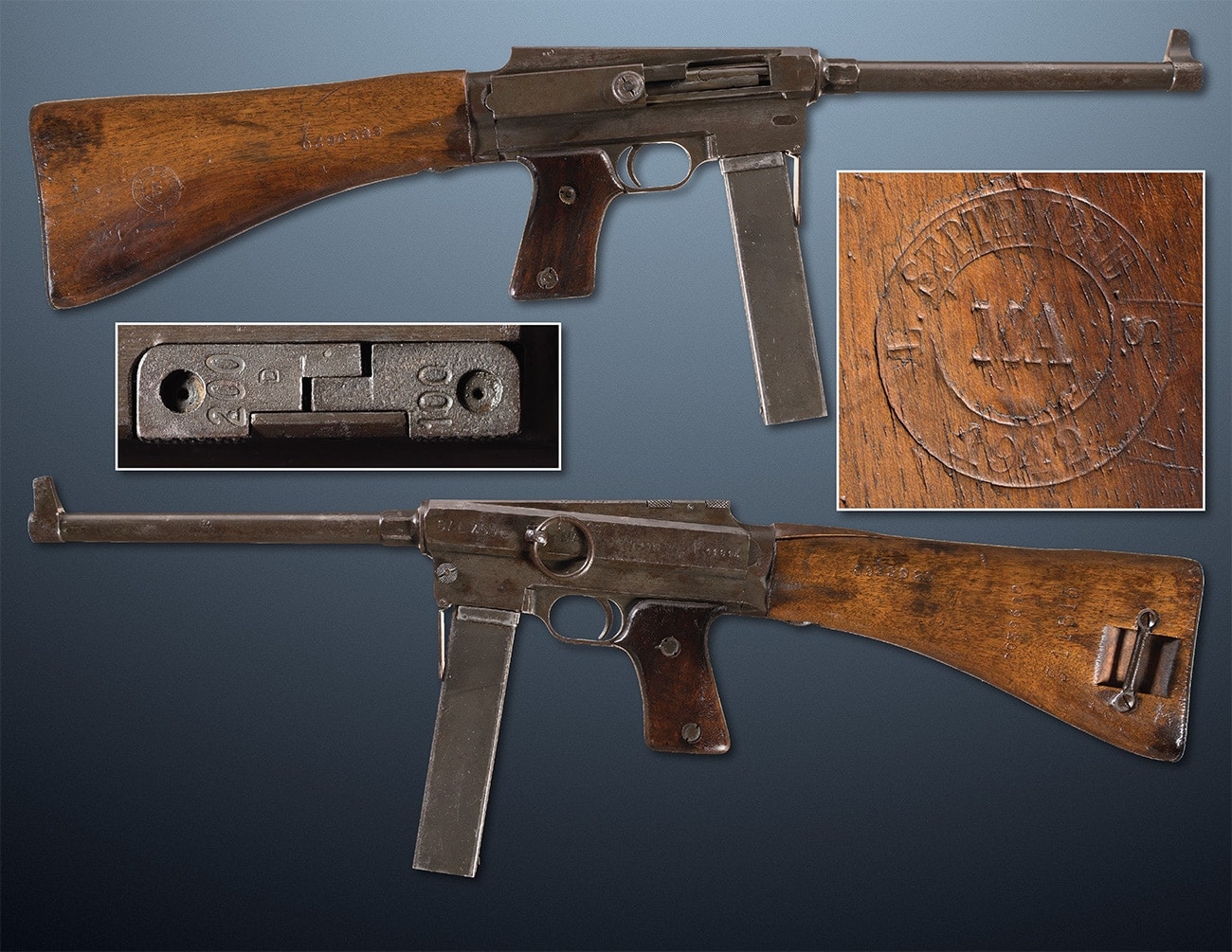 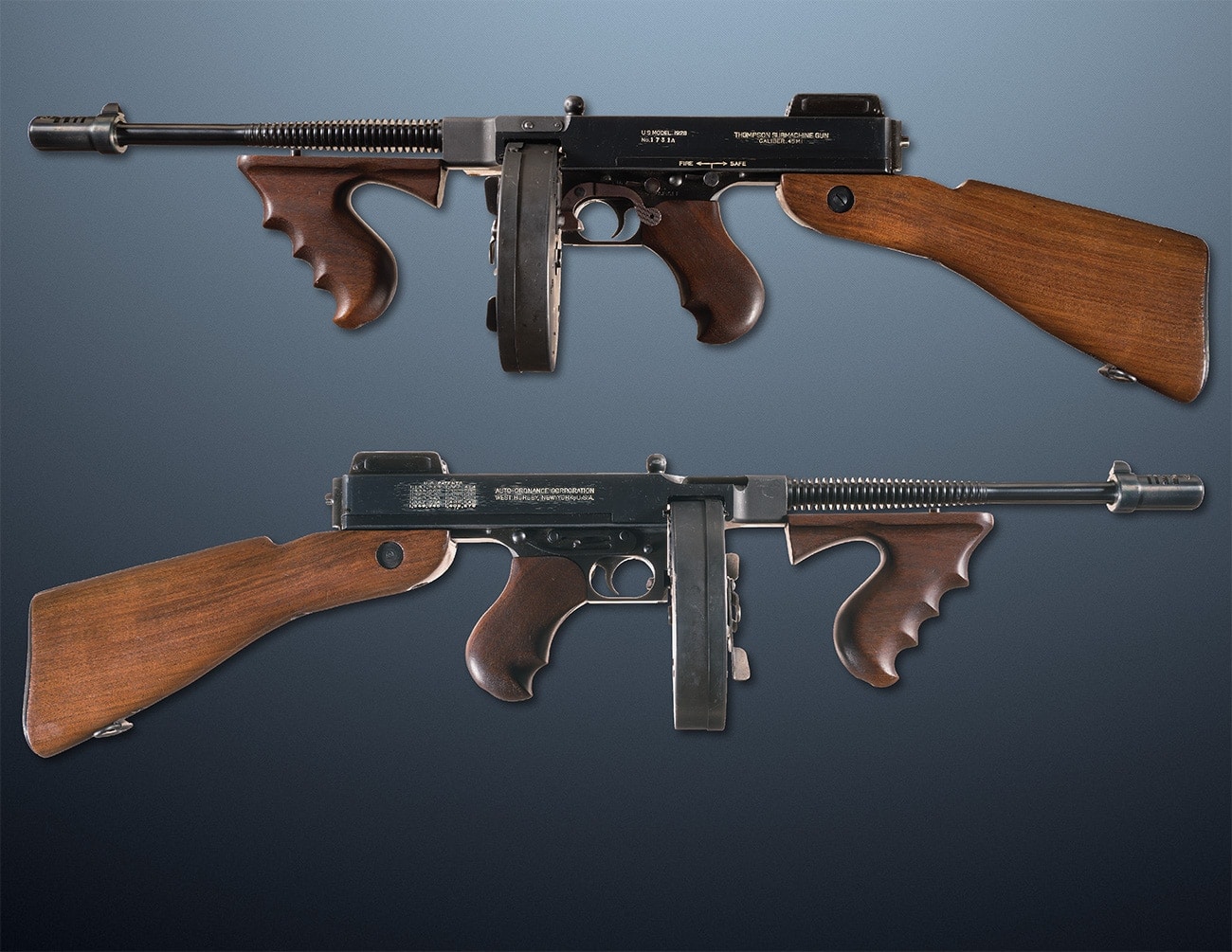 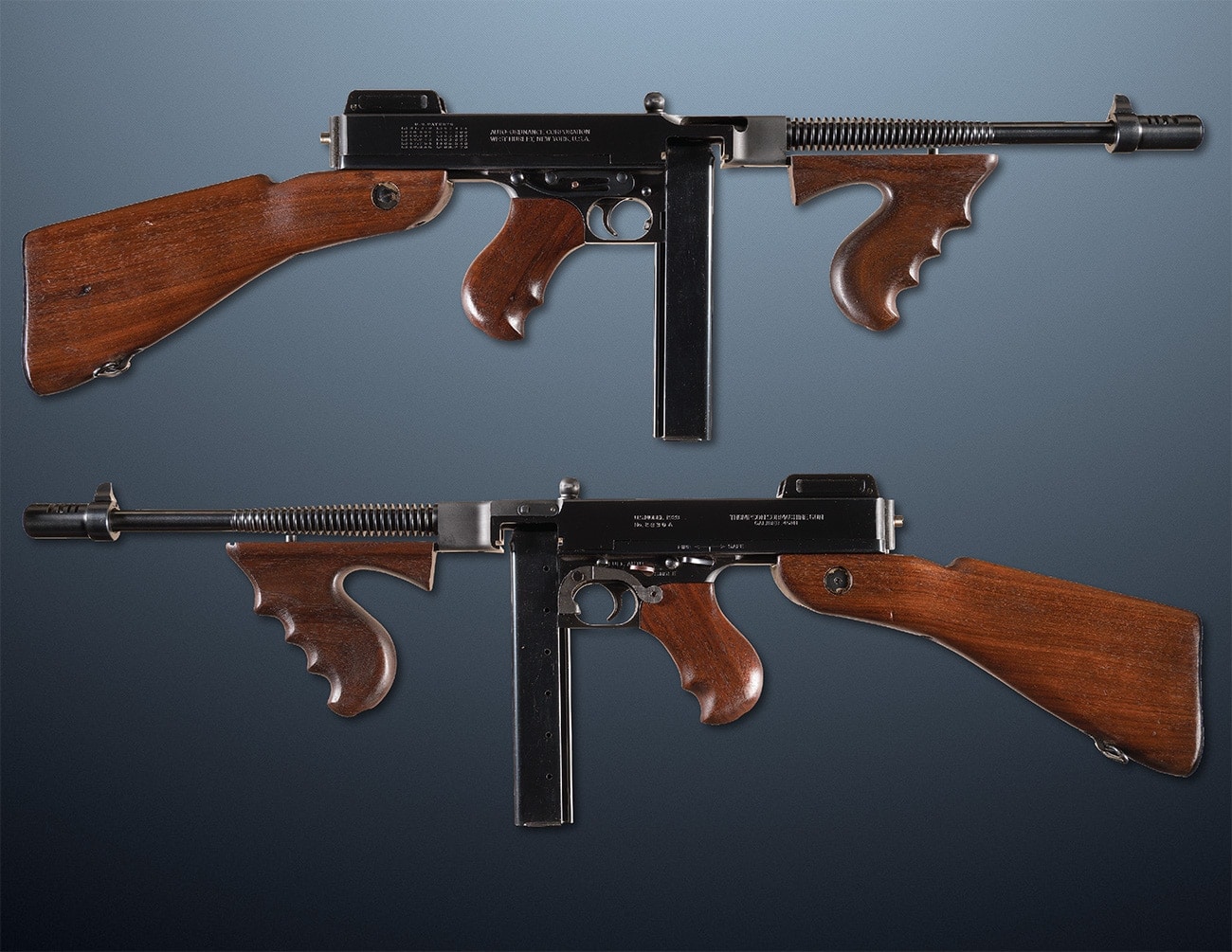 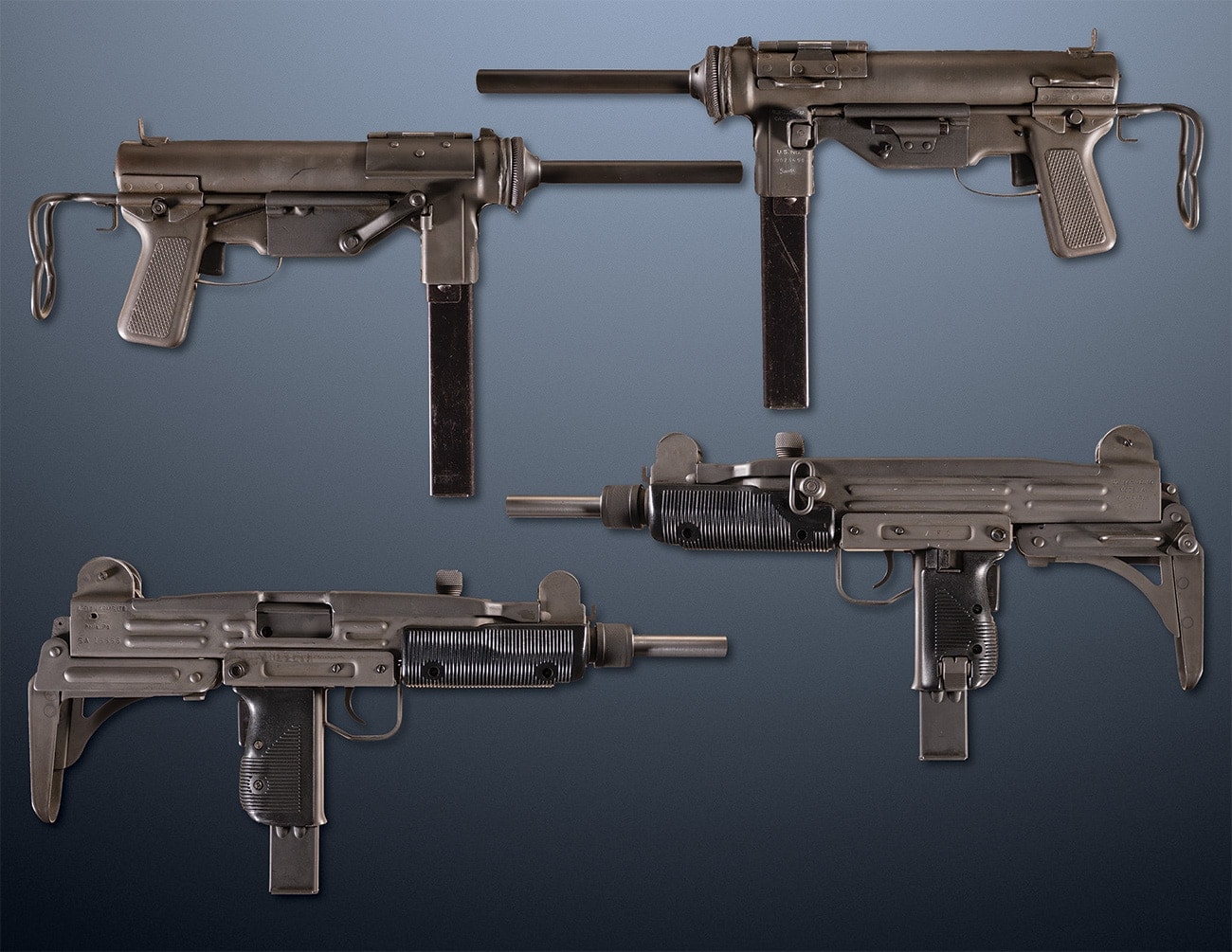 You want a light machine gun? They have a German Krieghoff FG42 paratrooper, a clunky looking but historic top-fed Danish Madsen, a couple of Japanese Hotchkiss guns– including a Type 11 captured on Kwajalein Atoll in 1944– a Johnson 1941 LMG, a Stoner M63 and a Heckler & Koch HK21 which is just mmm, mmm, good. 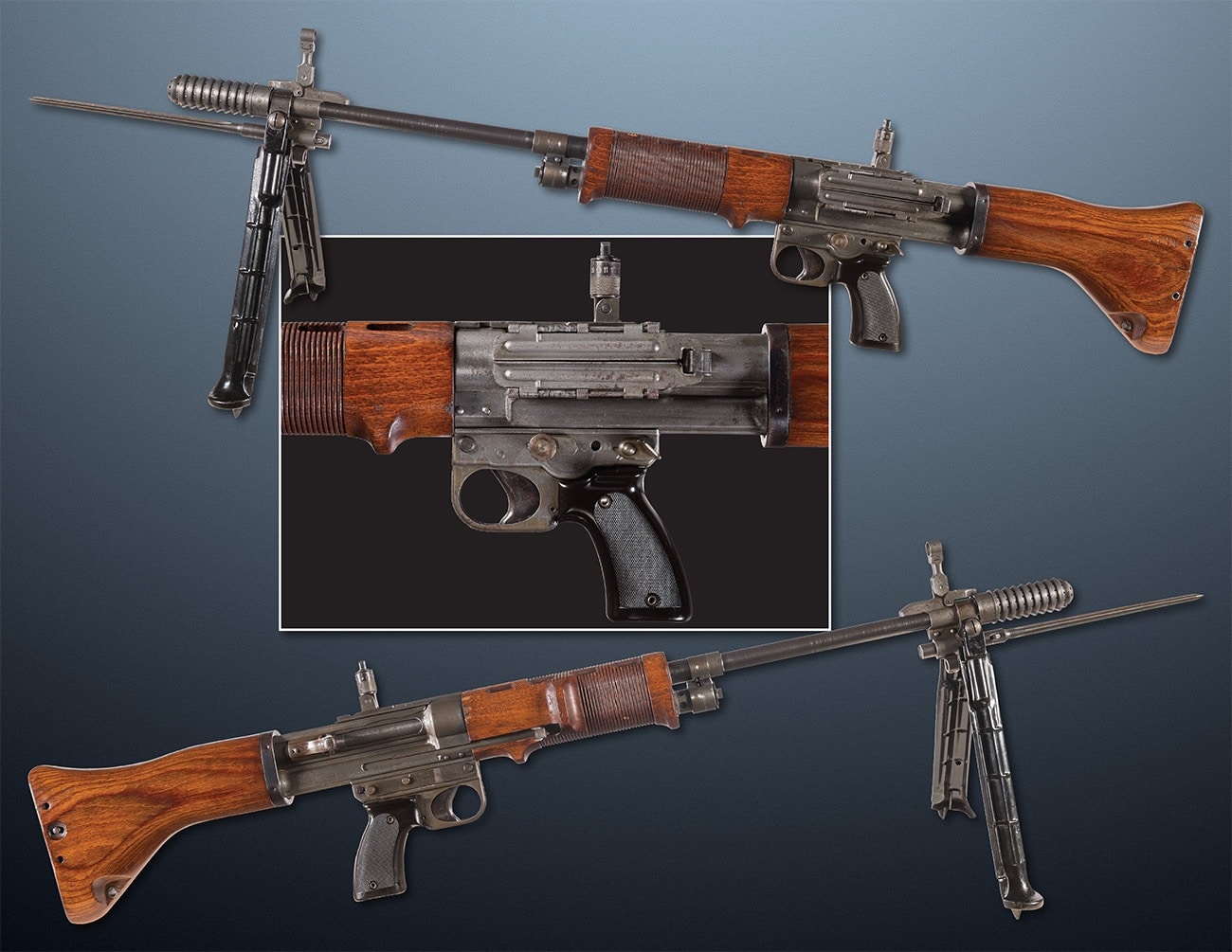 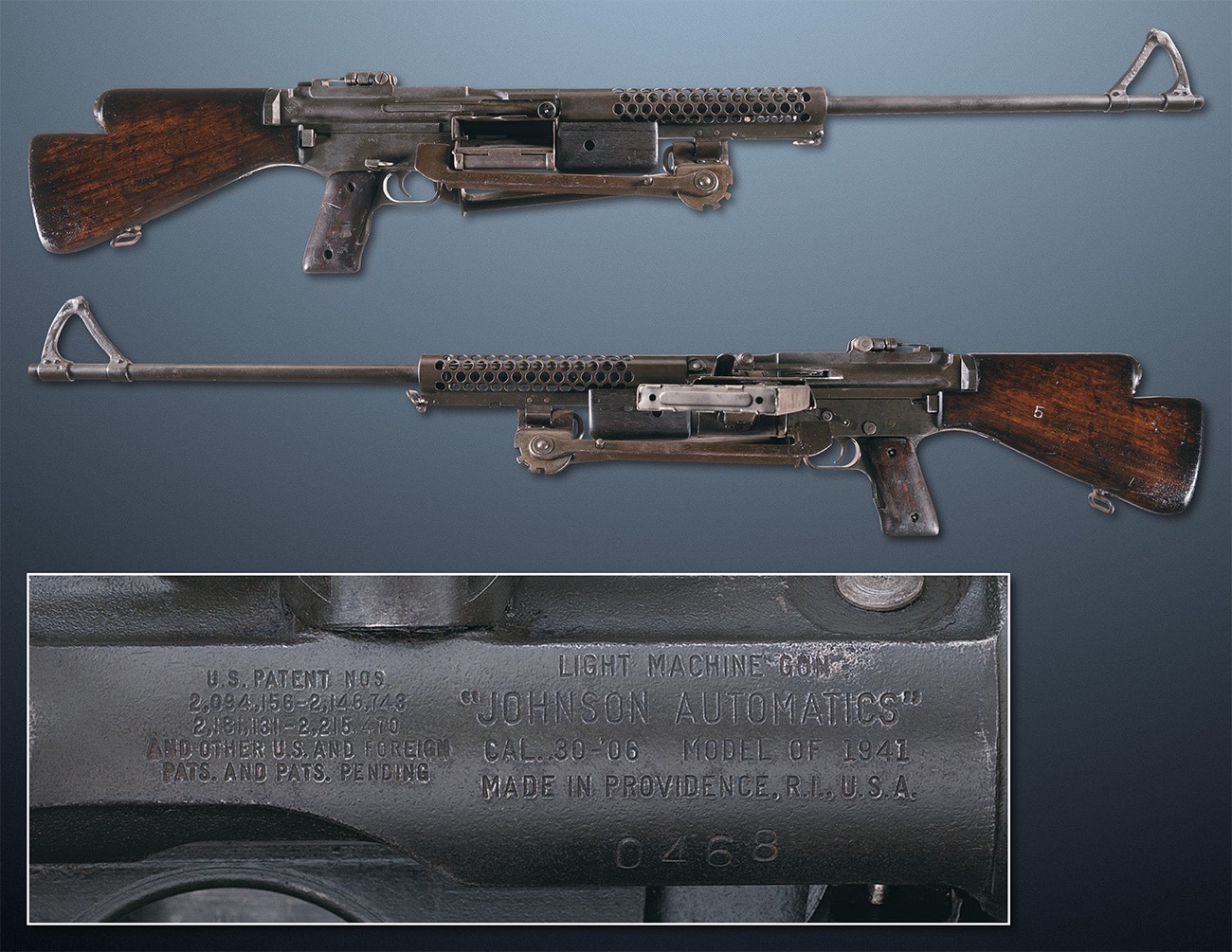 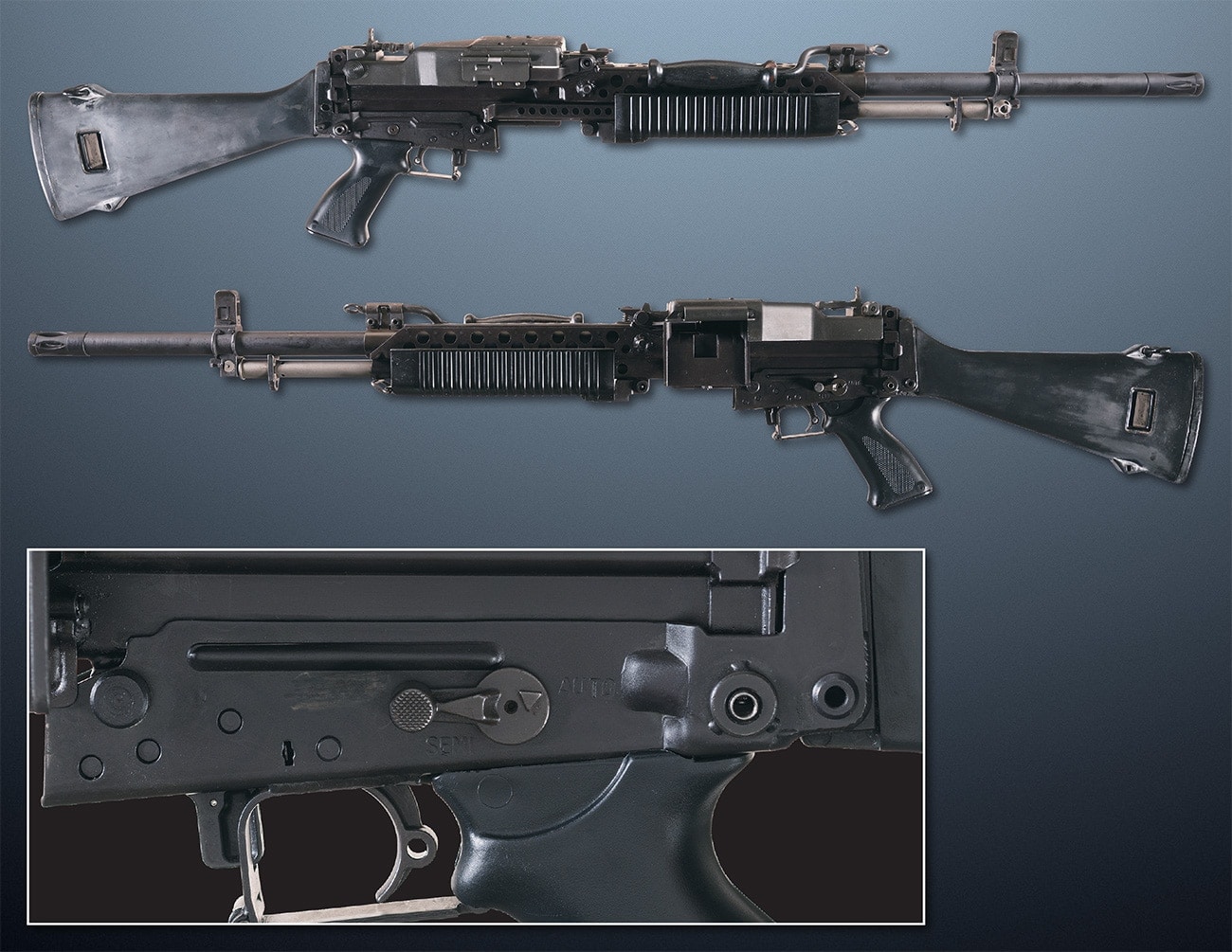 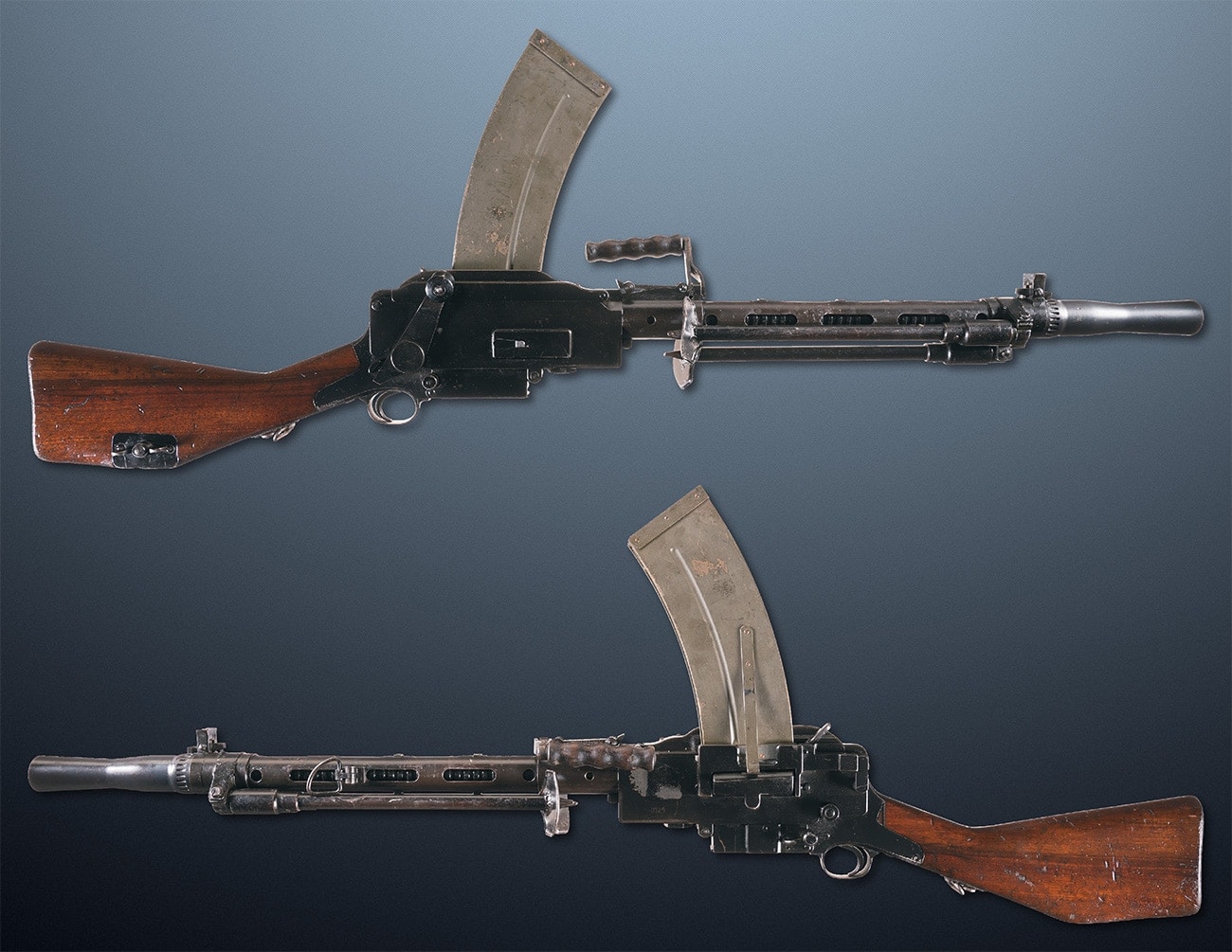 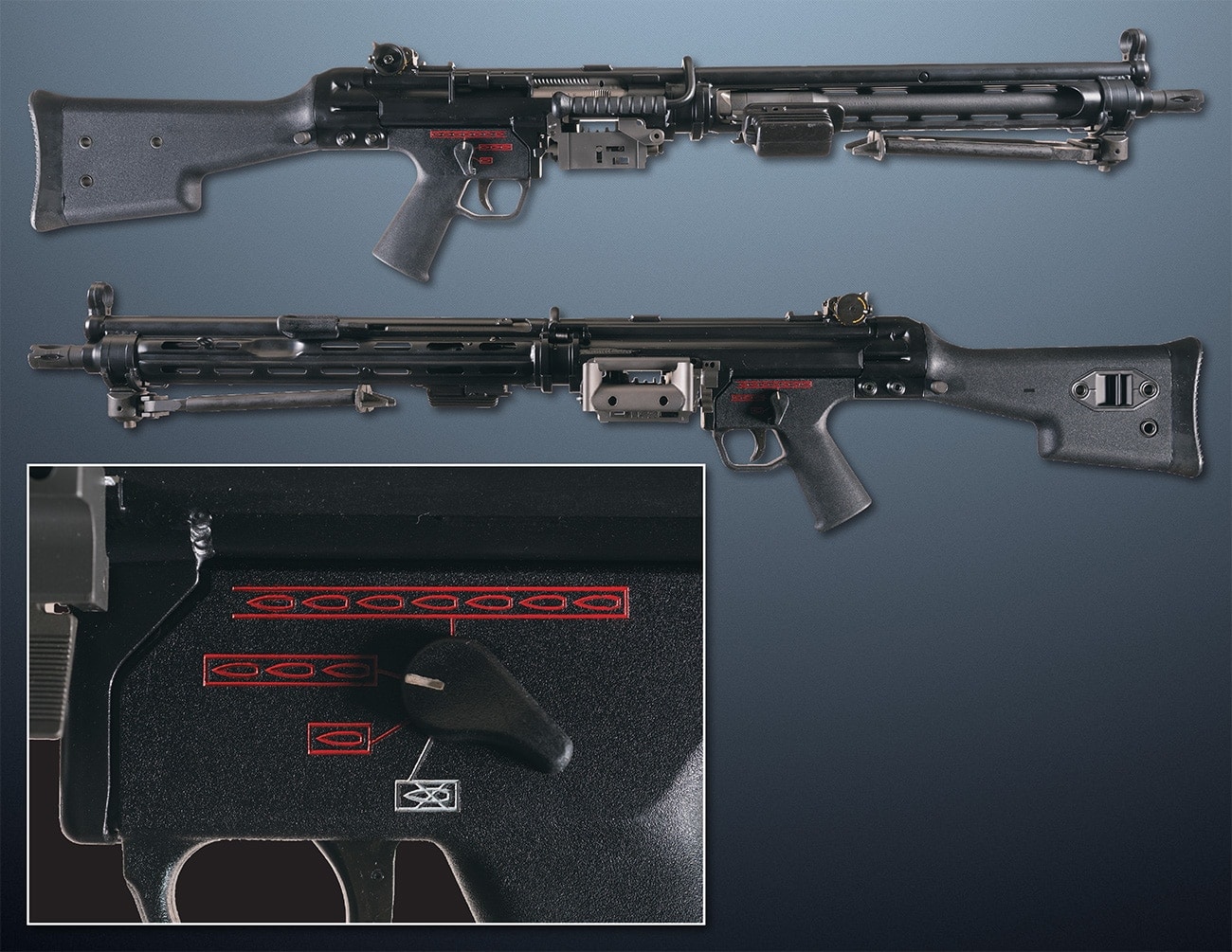 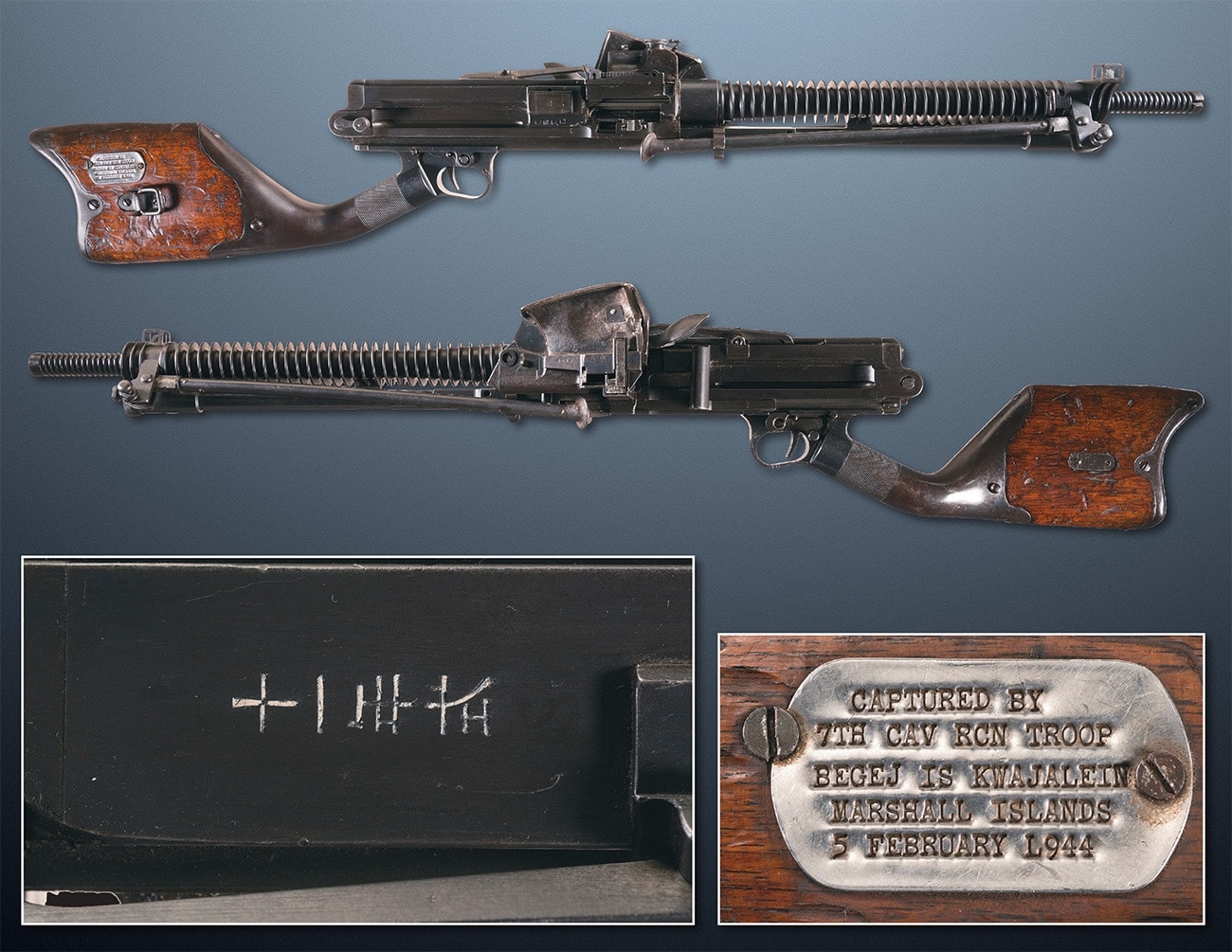 Larger pieces include a twin M1919 mount, a Browning M2 .50 cal on a tripod infantry support mount and a Colt water-cooled .30 cal. 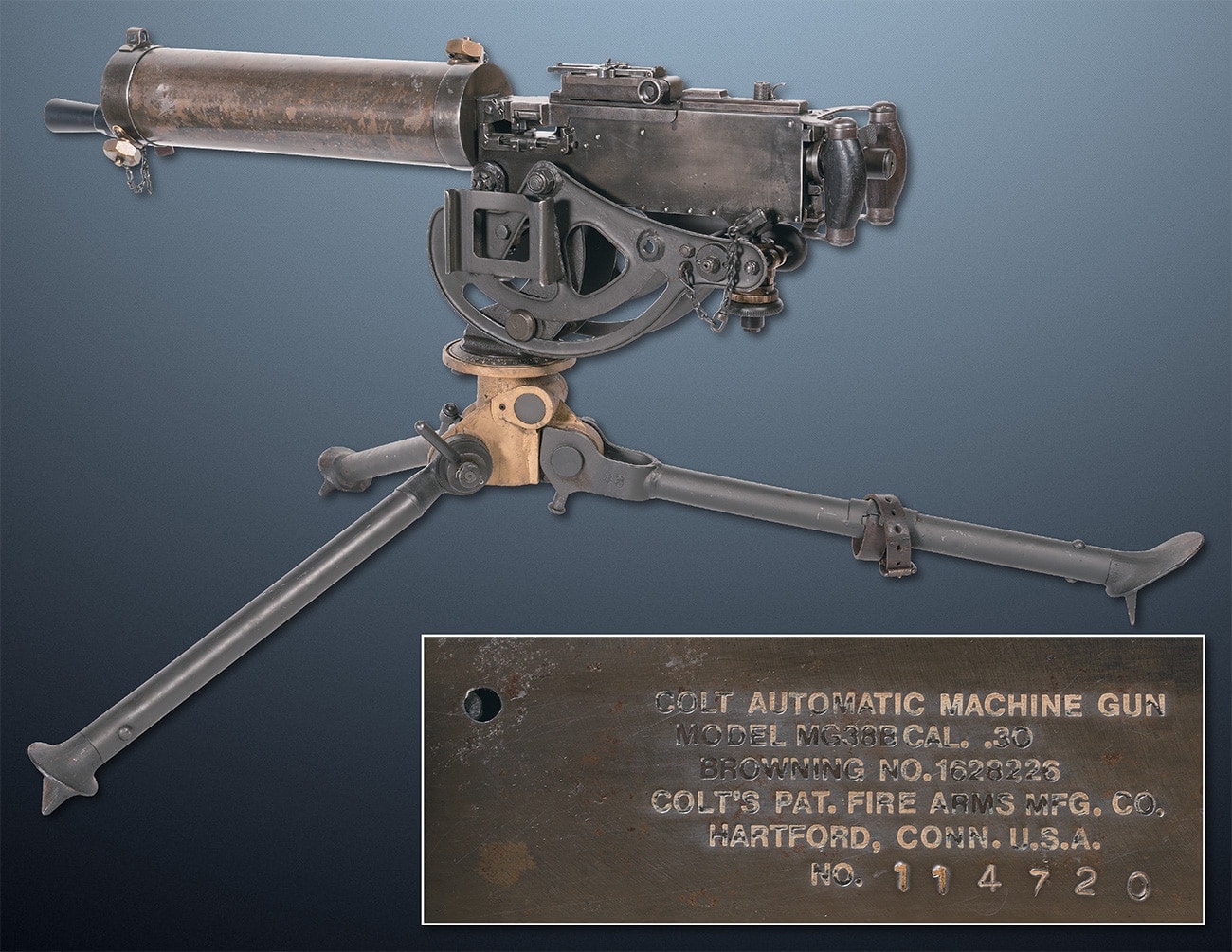 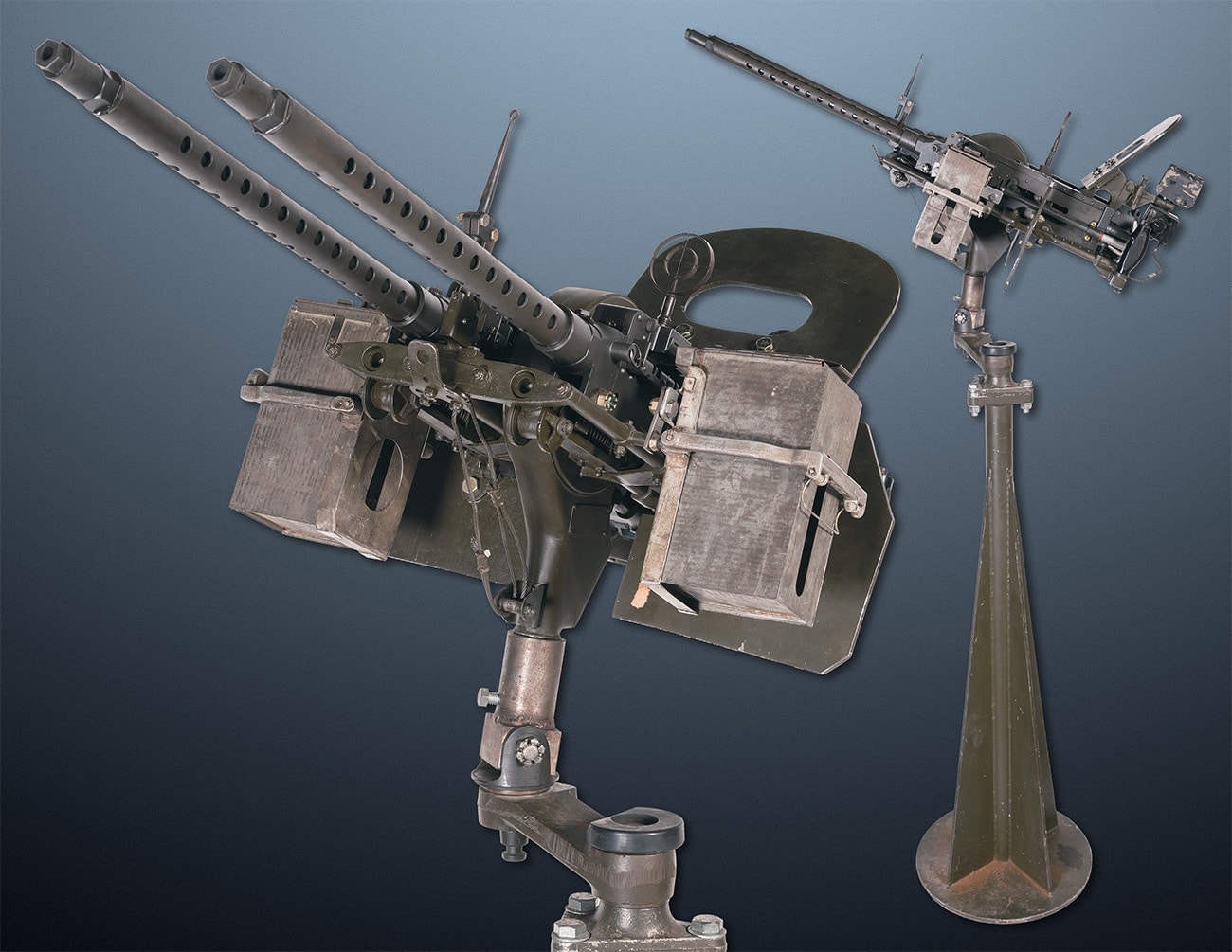 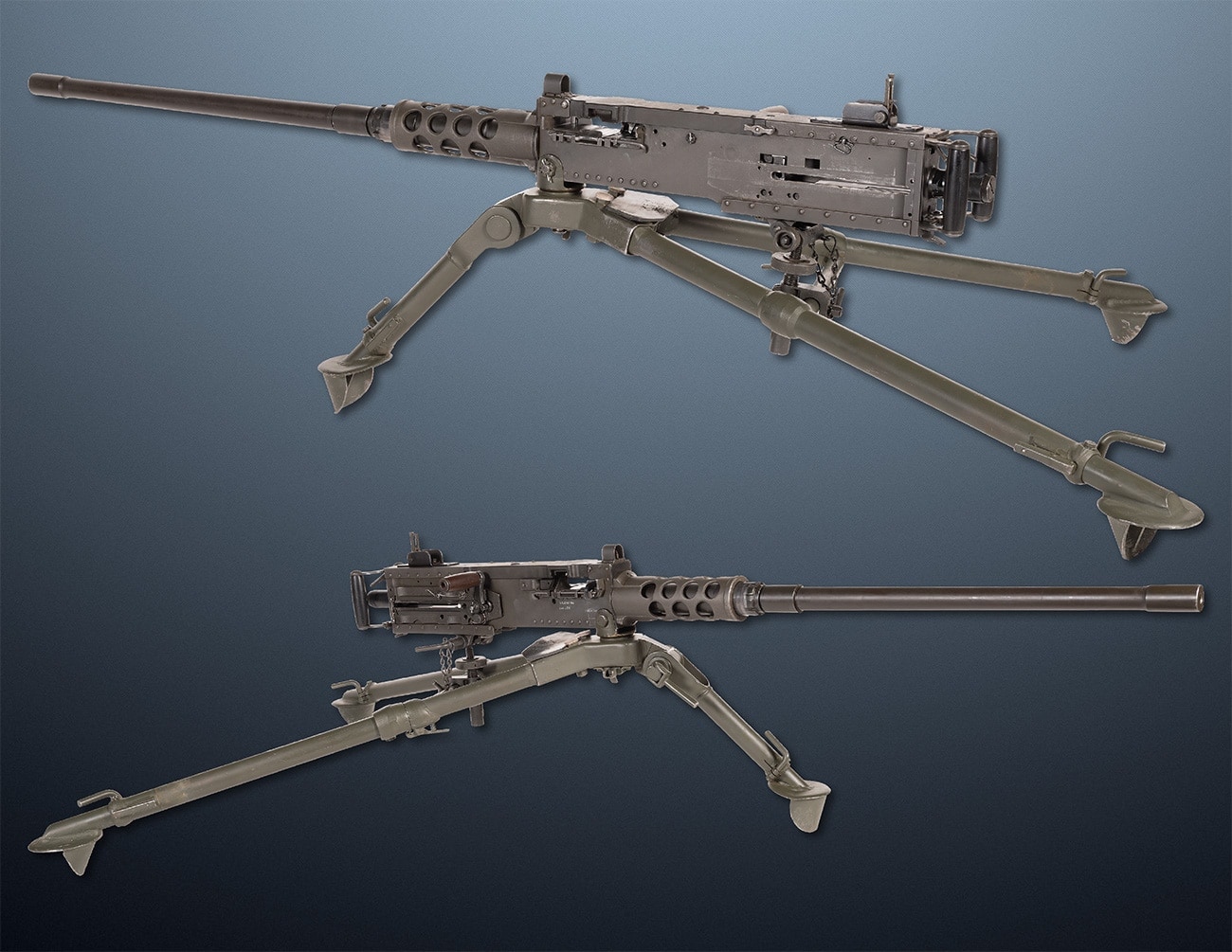 And did we mention there are select-fire M14s by both Springfield and Winchester? Squeeeeeeeee. 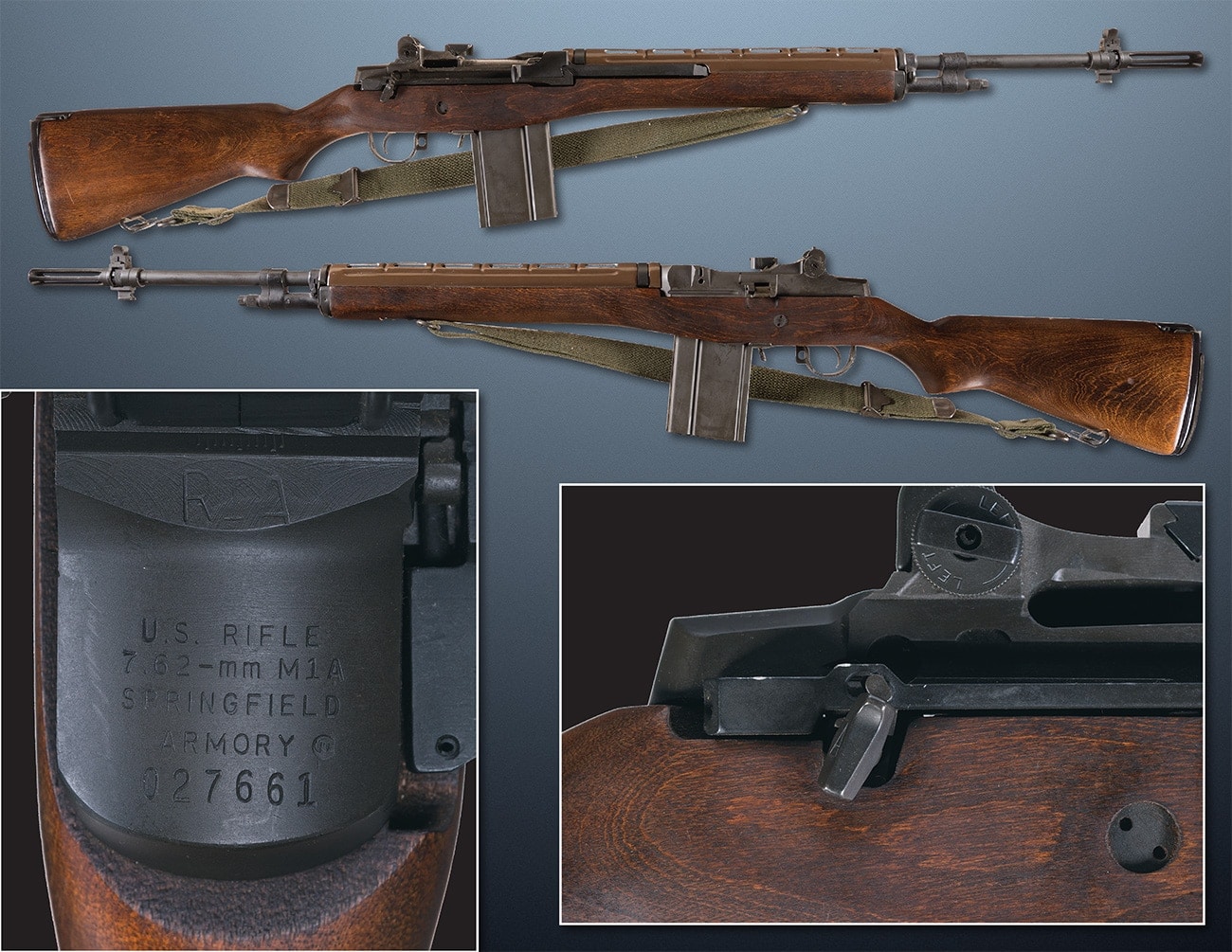 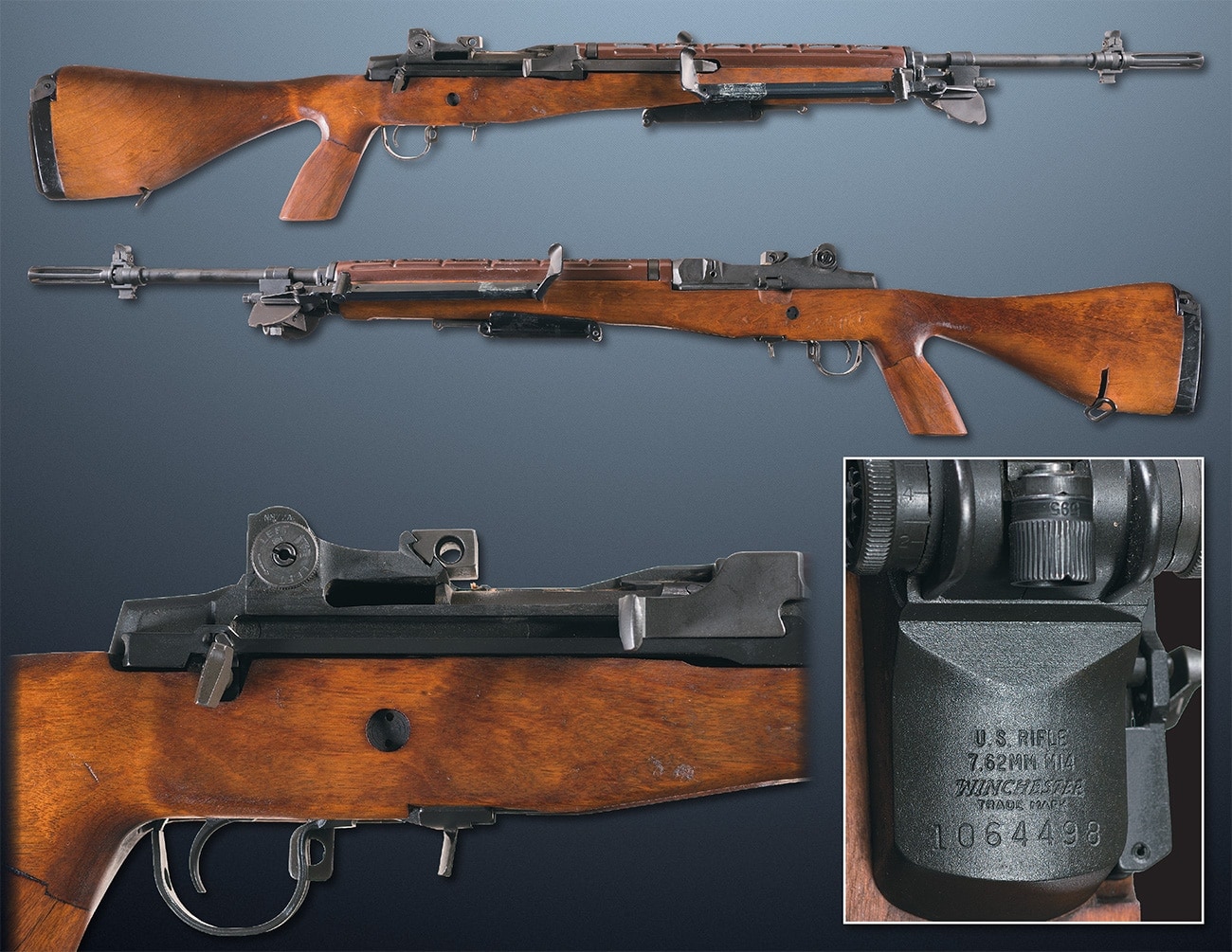 As RIA notes, “It defies convention that so many outstanding firearms should pass through one set of doors in such quantity, yet here we stand with another exceptional offering, bound to impress with its strong showing in a number of collector favorite genres.”

Anyway, the auction comes up in May and we will have more details as it firms up.