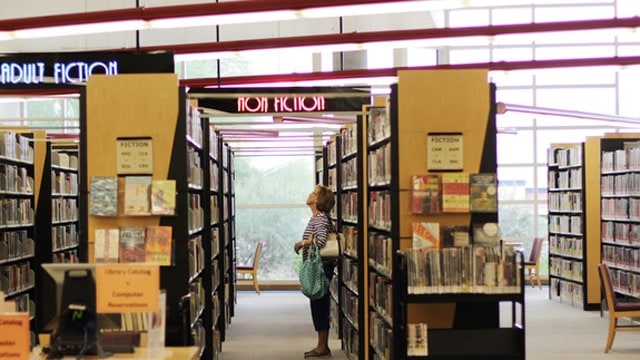 Nevada lawmakers will hear testimony this week on a bill banning openly carried firearms in libraries.

The Las Vegas-Clark County Library District faced litigation last year over its treatment of a woman who openly carried while visiting a public library with her three children in March 2016.

According to court documents filed in April, Las Vegas Metropolitan Police cited Michelle Flores for trespassing at the Rainbow Library after she refused to leave in protest of the building’s ban on weapons like the .38-caliber revolver she wore in a visible holster that day. The library also revoked her privileges for one year, prompting Flores to file suit in district court accusing the library of limiting her constitutional rights to free speech and bear arms.

The library district’s attorney, Dennis Kenney, told local media, however, the ban wasn’t about Flores’s gun, but rather her “disruptive behavior.”

“She could’ve just got up and left and nothing would’ve happened,” he said.

The district also maintained the Legislature’s pre-emption law, which prohibits local gun regulations over and above state law, only applies to counties, cities and towns. Libraries, rather, fall into a category of “political subdivisions” that include schools and judicial districts, all of which are distinctly different from the former, the district argued.

Bilbray-Axelrod, a former trustee of the district until she won her bid for the state house in November, told the Las Vegas Review-Journal “it was a complete oversight” to leave public libraries out of existing statute allowing schools and daycares to ban firearms and hoped the Legislature would address the confusion this year.

“I worry about open carry in areas where I bring my children,” she told the newspaper in June. “I’ve been going to the library with my daughter since she was three months old. It’s a place people would assume would be weapon-free.”

Critics of the bill call it “revenge” against Flores and others who publicly questioned the library district’s policies.

“Passage of SB 115 would diminish the nature of our republican, democratic government, emboldening any official with power or connections to ban any form of behavior that personally offends that official,” said G.C. Gates, editor of the NevadaCarry.org. “The law cannot, and should not, be changed simply because citizens stood up against officials who ignore and subvert laws they disagree with.”

Gates, in a letter submitted to the state Senate Judiciary Committee ahead of its hearing on the bill scheduled for Tuesday, characterizes the proposal as a “vindictive move against gun owners.”

“A library is not like a school,” he said. “A library is held open for public use without requiring invitation or reservation. They are relatively open facilities, without control over who comes in and out. If the same argument for keeping guns out schools are used to support banning them at libraries, then the same arguments in favor of campus carry can be used in rebuttal.”

“What problem, what danger, does this bill seek to remedy? There is no danger, unfounded opinions of those who oppose an armed citizenry aside, to the public,” he said. “The only problem here is that citizens stood up for their rights and resisted officials’ actions to subvert and violate the law on their whim. The real danger is that if an official doesn’t like the law, they can simply change what the law says. Citizen activism, the heart of our democracy, is stymied if a legislature can simply re-write the law anytime citizens stand against government abuse of the law.”