Father of slain SEAL has harsh words for Trump 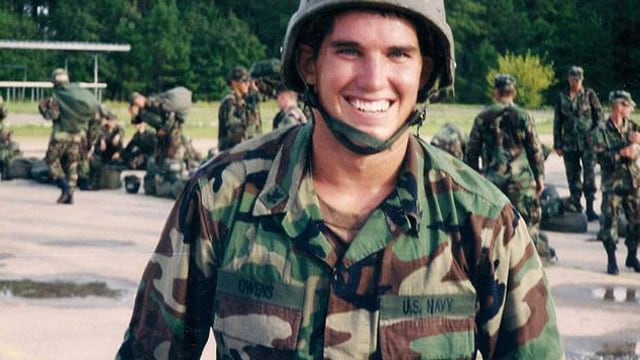 The father of a Navy SEAL killed last month in a U.S.-led raid in Yemen is speaking out about his son’s death – calling the mission that killed him “stupid,” and demanding an investigation.

William “Ryan” Owens, 36, was killed Jan. 29 in an operation that saw six other U.S. service members injured and more than 20 Yemeni civilians killed. The elder Owens, a military veteran himself, told the Miami Herald he has questions for the Trump administration.

“Why at this time did there have to be this stupid mission when it wasn’t even barely a week into his administration? Why?” Owens said. “For two years prior, there were no boots on the ground in Yemen — everything was missiles and drones — because there was not a target worth one American life. Now, all of a sudden we had to make this grand display?’”

President Trump approved the raid a week into his term. The White House has called the operation a success, saying it yielded reams of valuable intelligence on al-Qaida, but the merits of the mission were questioned almost immediately.

At Dover Air Force Base on Feb. 1, Trump made an unannounced trip to receive Ryan Owens’ body, and to meet with the family. Bob Owens told the Herald he didn’t want to meet with the president.

“I’m sorry, I don’t want to see him,’’ said Owens, recalling the moment a chaplain told him the president was on his way. “I told them I didn’t want to make a scene about it, but my conscience wouldn’t let me talk to him.”

Arizona Sen. John McCain was quick to criticize the raid, saying he couldn’t call it a success, and Trump fired back in a series of tweets.

“Our hero Ryan died on a winning mission (according to General Mattis), not a ‘failure,’” wrote Trump, adding that McCain “should not be talking about the success or failure of a mission to the media. Only emboldens the enemy!”

At a press conference Monday, White House Press Secretary Sean Spicer said the Department of Defense will conduct three reviews of the raid.

“As a SEAL and as somebody who deployed 12 times, he knew that this was part of the job and he knew what he was doing. And so we’re very comfortable with how the mission was executed, and we’ll let the Department of Defense go through that review process and then see where that leads us,” he said.