Charleston shooter may have planned attack at second church 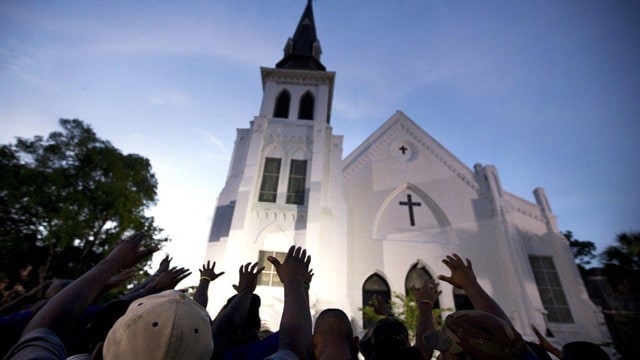 Court documents unsealed last week show Dylann Roof, the man convicted of fatally shooting nine parishioners at Emanuel AME church in Charleston in 2015, may have driven to a second church after the shooting.

According to court documents, authorities used information from a GPS device in Roof’s vehicle to track his movements. While the device showed he drove some 30 miles to the area of Branch AME church in nearby Summerville, the details of the GPS tracking were not admitted during the trial because those details were determined to be “irrelevant, unnecessary, and unduly prejudicial.”

Prosecutors noted that at one point Roof’s GPS device shut off, then came back on again. This could have indicated Roof turned off his car, although prosecutors have no solid evidence that was the case. In fact, although it appeared he was in the general vicinity of the Branch church, authorities could not say with certainty that he did – or did not – go to the Branch church.

Whether Roof visited the Branch church that day or not, there was evidence – including photographs of the building – that Roof had previously gone to the church, just as he had with several other local churches. Court documents pointed to the fact that the Branch church has a sign that clearly shows their time of worship and it was after that time Roof was believed to be in the area. Additionally, officials noted that Roof was in possession of a hand-written list of local churches and although the Emanuel church was on the list, the Branch church was not.

Regardless, on the night of the Charleston shooting, the Branch church services had been canceled, so even if Roof had gone to the church, it would have been empty. Rev. Rufus Berry, who pastors the Branch church, thanked God for the seemingly coincidental cancellation.

Berry told the Associated Press that he canceled services that night for the church’s 70 members because he was leaving his job at a cement company late. Berry said he hated to think of what could have happened had he not canceled service and if Roof did go to the church that night.

In December, Roof, a white supremacist who intentionally targeted a black church, was convicted of 33 federal charges and sentenced to death, but an execution date has not been set.