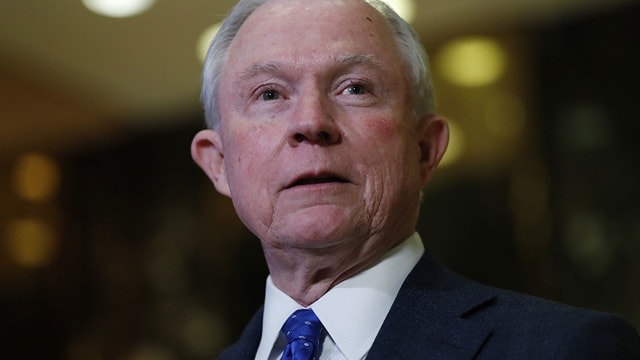 The task force, which was formed under the direction of a recent executive order aimed at – as the name implies – reducing violent crime in the country, will combat illegal immigration and violent crimes like drug trafficking, gang violence, and gun-related crimes, according to a press statement from the Department of Justice. As a result, the nation’s communities will be returned to a safer state.

The task force will be chaired by the Deputy Attorney General and consist of members of the Bureau of Alcohol, Tobacco, Firearms and Explosives; the Drug Enforcement Administration; the Federal Bureau of Investigation; and the U.S. Marshals Service. The task force will also depend on cooperation from federal, state, tribal and local law enforcement, law enforcement organizations and victims’ and community advocacy organizations.

In addition, some ways the task force aims to meet their goals include:

Sessions noted that on his first day in office, he called on the heads of the aforementioned law enforcement agencies to discuss the plan of action. Sessions said he felt “strongly” about the crime reduction executive order, which was signed the early part of February.

“Violent crime is on the rise, and we must always remember that crimes are committed against real people,” Sessions said. “The creation of this task force is a critical step toward confronting this crisis vigorously, effectively and immediately.”

“For more than a hundred years, the women and men of the FBI have worked to address threats to the American people,” Comey said. “I look forward to continuing and building upon the great partnerships with our federal, state, local, and tribal counterparts on this initiative to combat violent crimes, gang activities and drug trafficking – all of which exact a high toll on our country.”