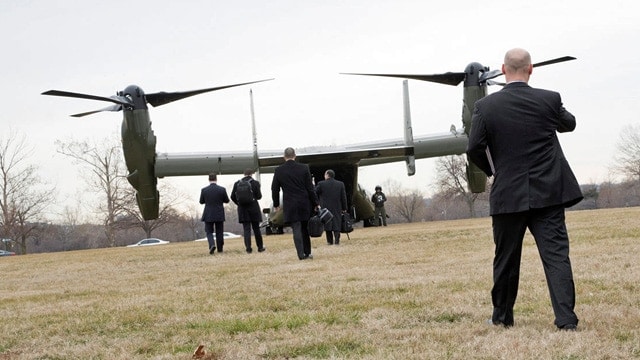 Both the Pentagon and White House Press Secretary Sean Spicer have said the operation yielded valuable intelligence on al-Qaida in the Arabian Peninsula, but senior officials tell NBC News they were “unaware” of anything of significance.

Navy SEAL Ryan Owens was killed in the raid, as were dozens of Yemeni civilians, including children. A $75 million aircraft was also destroyed in the operation, which was President Trump’s first authorized military raid. Still, in the days after the mission, Spicer called it a “successful operation by all standards,” adding “we gathered an unbelievable amount of intelligence that will prevent the potential deaths or attacks on American soil.”

Over the weekend, the SEAL’s father, Bob Owens, said he didn’t want to meet with President Trump when the president and family members received Chief Owens’ remains at Dover Air Force Base in early February.

“I told them I didn’t want to make a scene about it, but my conscience wouldn’t let me talk to him,” said Owens.

“This was a mission that was started before I got here,” said Trump. “They came to see me, they explained what they wanted to do, the generals, who are very respected. My generals are the most respected that we’ve had in many decades, I believe. And they lost Ryan.”

Still, Trump reiterated the mission’s success. “According to General Mattis, it was a very successful mission,” he said. “They got tremendous amounts of information.”