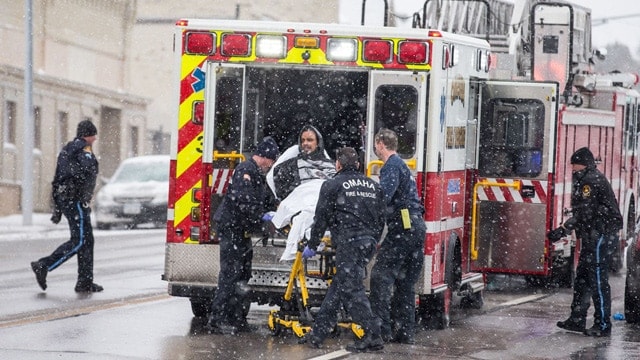 An attempted robbery at a barbershop in Omaha Friday morning ended with gunfire and the suspect in the hospital.

Authorities say Lucas Ortiz, 23, entered the Fade Kings Barber Shop with a shotgun just before 10 a.m. and announced a robbery. But shop owners Jesse Galvan and his brother, David, told reporters there has been a rash of robberies in the area recently and they previously devised a plan in case they were ever targeted.

“When he cocked the thing in my face to me and my customer, that’s when I know he wasn’t playing,” David recalled. “I kind of looked at my brother and I threw my wallet on the floor, and then my brother knew what to do next.”

Jesse, who always carries a weapon at work, told Ortiz to put the gun down as he pulled his own weapon. But Jesse said Ortiz shot at him, so Jesse fired back, striking Ortiz in the leg. Ortiz then crawled toward the door, Jesse said.

When officers arrived on the scene, Ortiz was transported to the hospital for medical treatment.

Although the barbershop was riddled with bullet holes, Otiz was the only one injured.