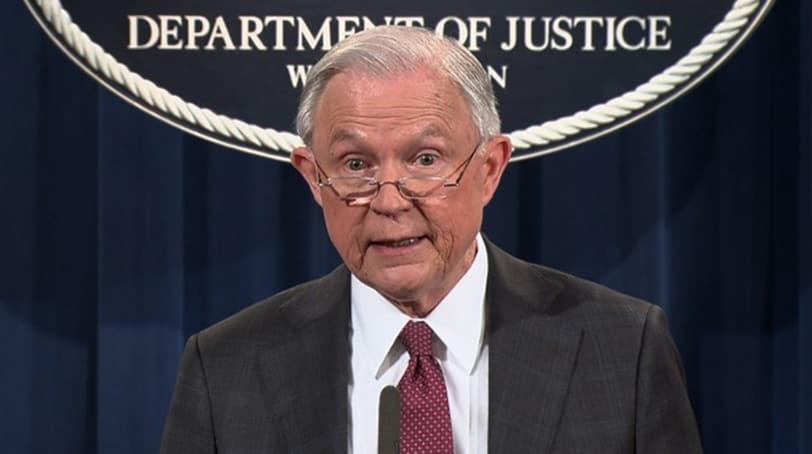 Attorney General Jeff Sessions on Thursday recused himself from an investigation looking into ties between the Russian government and Donald Trump’s 2016 campaign for president.

The news comes shortly after allegations that Sessions lied to members of Congress while under oath during his confirmation hearing regarding communications he had with the Russian ambassador during a time of heightened concern over the Kremlin’s reported interference in the U.S. elections.

The Washington Post on Wednesday reported Sessions had, in fact, spoke with Russian officials twice last year, according to the Justice Department.

On Jan. 10, Sessions was questioned by Sen. Al Franken and the Senate Judiciary Committee about whether he or anyone in the Trump campaign had any communications with any Russian officials. Sessions said no and later clarified that his two meetings with Russian ambassador Sergey Kislyak were in his capacity as a senator and not as a Trump campaign surrogate.

Sessions said Thursday his response was “honest and correct as I understood it at the time.”

When asked if he had any communication with Russian officials prior to the two known meetings, Sessions said he didn’t recall. One of the meetings was requested by the Russian ambassador and the two, with staffers on both sides present, discussed terrorism and Ukraine, but “I don’t recall any specific political discussions.”

“I have followed the right procedure, just like I promised the committee I would,” Sessions said.