Domestic call leads to cache of weapons, crack and heroin 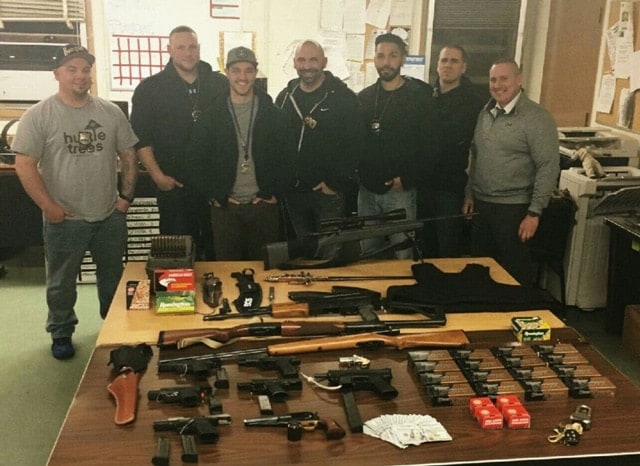 An anti-crime team with the NYPD seized a dozen weapons, ammunition, drugs, and other items last month during the execution of a search warrant that was spawned by a call about what appeared to be a domestic assault.

The 911 call came in around 10:30 a.m. on February 8 and the caller told the dispatcher they saw a woman being dragged across the yard of a Hyde Park residence by a man who was armed with a gun.

Officers responded to the call and while they didn’t initially find the woman, they saw the cache of weapons sitting out in plain sight. Officers then obtained a search warrant and returned later that afternoon to execute it.

Altogether, more than a dozen weapons were seized, including an AK-47, a Tech-9, five handguns, two rifles, a shotgun, a machete and a sword, in addition to nearly 1,500 rounds of ammunition and a bullet proof vest. Officers also found crack, heroin, and stacks of cash.

Peter DiFresco, 43, and David Breen, 40, were arrested on a number of weapon and drug-related charges.