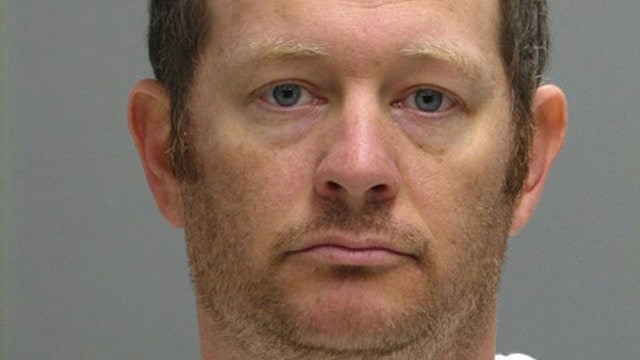 A Maryland man who formerly worked Secret Service detail at the White House pleaded guilty in federal court Wednesday to one count of enticement of a minor to engage in sexual activity and one count of attempting to transfer obscene materials to a minor.

According to court documents, Lee Robert Moore, 38, engaged in inappropriate and sexually explicit exchanges with numerous underage girls through a social media application with voice, text, and photo sharing capabilities. He was indicted on the charges in December 2015.

Detectives with the Delaware State Police became aware of Moore’s behavior after the Delaware Child Predator Task Force created a profile on the application, pretending to be a 14-year-old girl.

Over a two-month period, Moore engaged in a number of chats, which were sexual in nature, with undercover officers whom he believed was a teen girl. Some of the exchanges included Moore sending photos of himself, including one which was sexually explicit. In addition, some of the conversations took place while Moore was at work.

Moore has been police custody since his arrest on Nov. 9, 2015. At the time of his arrest, Moore was working at the White House but has since been terminated from his position with the Secret Service.

After Moore’s arrest, investigators learned he also engaged in such communications, including the exchange of sexually explicit photos, with a minor female in Florida, a 14-year-old girl in Texas, and a 17-year-old girl in Missouri.

Moore admitted to these acts after his arrest and requested his federal charges out of Delaware be transferred to Florida in order for him to plead guilty to both at the same time.

Moore faces a minimum of 10 years in prison, as well as a fine of up to $250,000. He is also ordered to pay restitution to the victims.

Moore’s arrest and prosecution were part of an initiative known as Project Safe Childhood, which aims to fight the growing epidemic of child sexual exploitation and abuse. The initiative, which was launched in 2006, is led by the U.S. Attorney’s Offices and works with federal, state, and local officials to locate, apprehend, and prosecute those who exploit children through the use of the Internet.