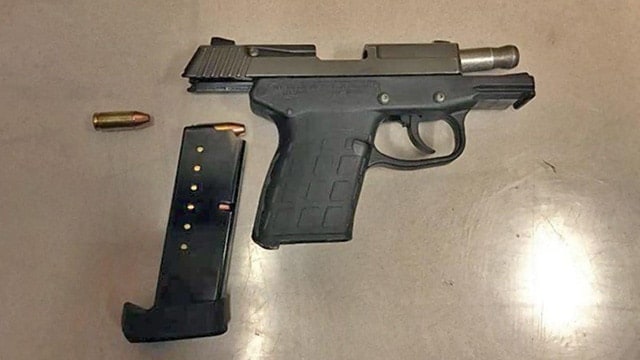 A man was arrested at the New York Port Authority Bus Terminal Monday after an officer discovered the man was in possession of a handgun and 115 hollow-point bullets.

Authorities said Amos Stowers, 30, was acting suspiciously when he caught the attention of an officer at a nearby security booth. The officer then smelled what he believed to be the scent of marijuana, so he approached Stowers to question him.

Stowers had a pocketknife and boxcutters in his pockets and readily told the officer he also had a gun in his backpack. Officers recovered a Kel-Tec 9-mm pistol with nine hollow-point rounds in the magazine, as well as another 106 rounds in Stowers’ bag.

But Stowers assured authorities he had no intentions of harming anyone other than himself. Stowers, who is from Texas, told officers he was homeless and traveled to New York to commit suicide. He then said he attempted to kill himself the previous night, but was unable to do so.

Stowers, who was also in possession of burglary tools, was arrested and also charged with third- and fourth-degree criminal possession of a weapon and trespass. Authorities learned that Stowers had a felony warrant out of Sioux City, Iowa, for a November 2014 assault.