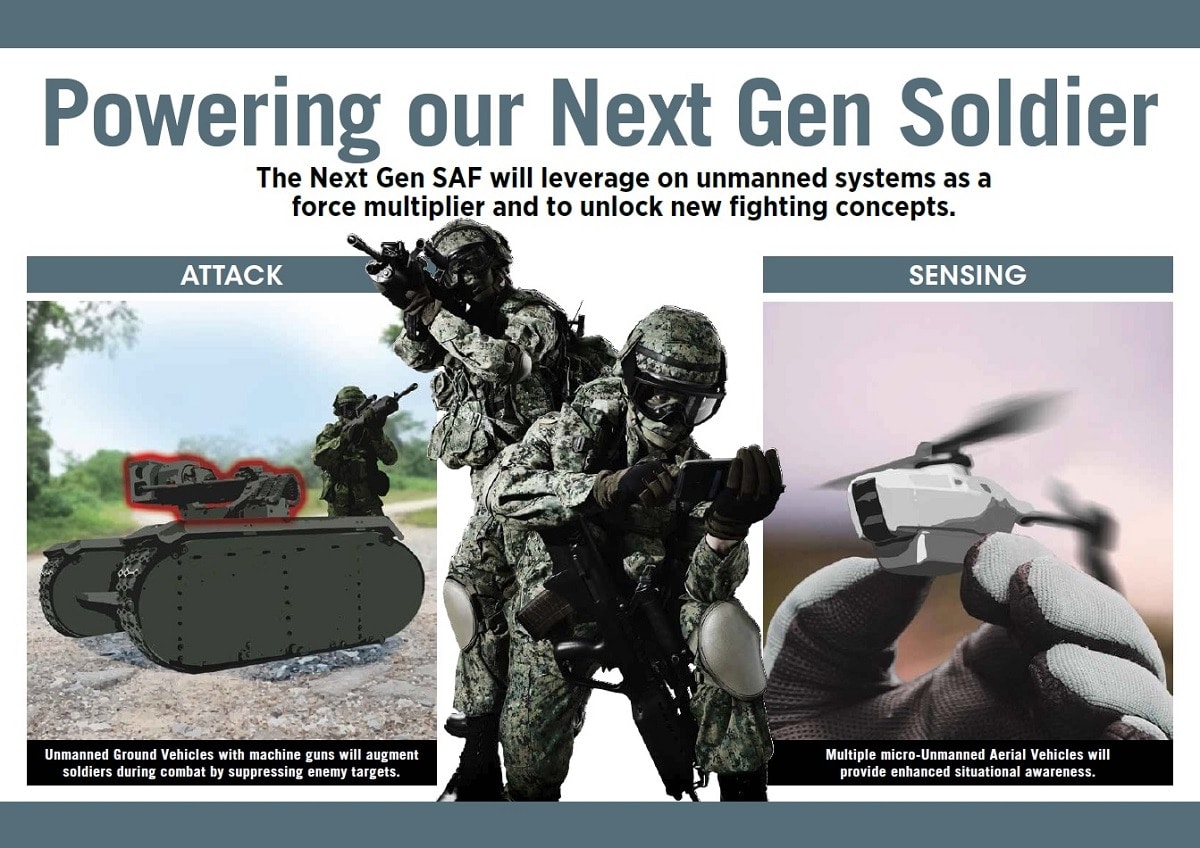 “Powering out next gen soldier” (Graphic: Singapore Ministry of Defense)

Robots armed with machine guns will be fighting alongside Singapore soldiers sometime in the not too distant future, Singapore’s Defense Ministry announced Friday.

The Straits Times reports the robots will come in the form of armed, unmanned ground vehicles and will be accompanied by drones surveilling from the sky.

Announced during a budget debate in Singapore’s Parliament, the robots will be engineered in new a laboratory scheduled for set up in April. The laboratory is designed to be a multi-functional facility where defense engineers will work on product development, simulation and testing before field trials will be conducted by the Singapore Armed Forces.

The Defense Ministry also intends to integrate multiple-source data analytics, from various cameras and sensors, in order to enhance their counter-terrorism operations. Work in this area will be conducted at another new laboratory specializing in analytics and artificial intelligence.

A new technological conference, the Singapore Defence Technology Summit, is scheduled for early 2018.