The new bolt-action modular tactical rifles are a follow-up to the company’s SX-1 MTR series guns introduced in 2016 and exhibited at SHOT Show this year. Unlike the 13-pound SX-1s, which are chambered in .300 Win Mag and .338 Lapua, as the “L” in SLX implies, the new rifles are slightly lighter and shorter, though the company has not released specs just yet. 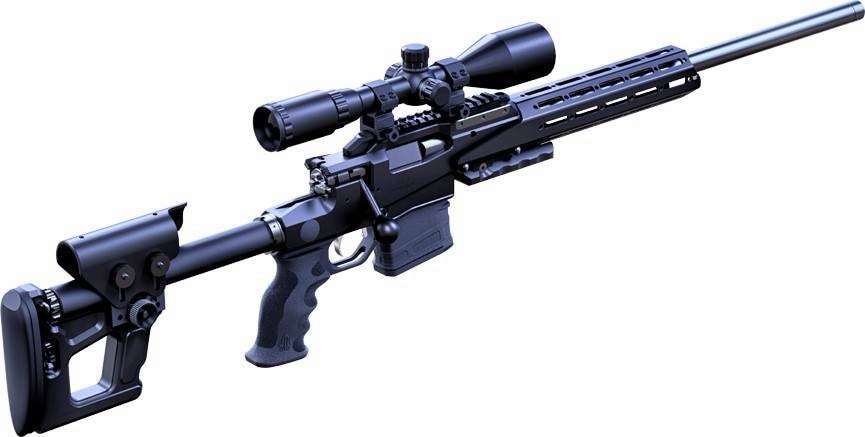 Like the SX-1, the SLX-1 will be capable of 1/2 MOA or better using match grade ammunition right out of the box and allow barrel swap outs for quick and easy caliber changes while a barrel-mounted MIL-STD 1913 Picatinny rail retains the optics without loss of zero.

“The barrel is the main part, everything else should be attached to it, in a way that can’t disturb the accuracy,” notes Max T. Ritter & Stark’s Chief Barrel Maker, in company literature. 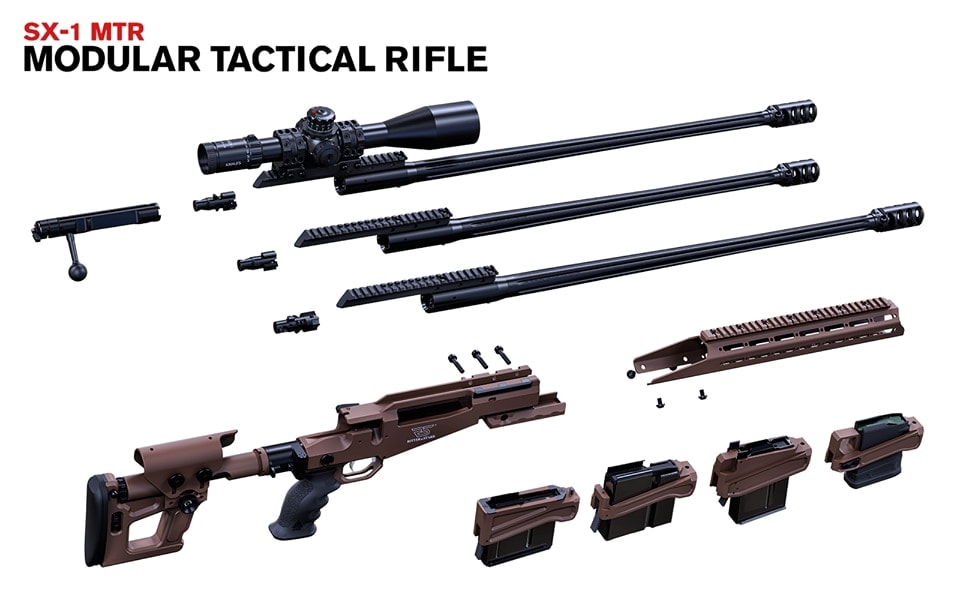 Like the SX-1 above, the SLX-1 will allow barrel swap outs for quick and easy caliber changes while a barrel-mounted MIL-STD 1913 Picatinny rail retains the optics without loss of zero.

A two-stage trigger and fully-adjustable buttstock come standard on the chassis, which incorporates a modular detachable magazine well.

A subsidiary of HPP Precision Products GmbH, Ritter & Stark is based in Rosental, Austria but is bringing their precision rifle line to the states in coming months.