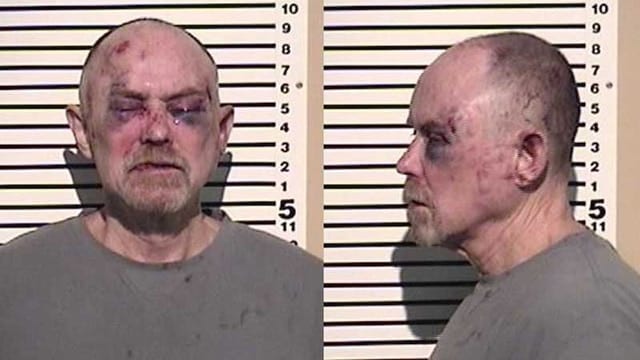 An angry customer who returned to an Idaho Falls bar Tuesday night with two guns was promptly pummeled by the patrons then arrested by the police.

Martin Knowles, 58, was at the Roadhouse Saloon when he got into an altercation with other patrons. Eventually, the management asked Knowles to leave and told him that if he came back, they would call the police.

Knowles left, only to return about 45 minutes later with a .223-caliber rifle and a .40-caliber pistol. As Knowles aimed the weapons at unsuspecting customers, other patrons took it upon themselves to disarm the man.

One customer threw a beer mug at Knowles, as another customer rushed him and wrestled the weapons away from him. Knowles was apparently punched several times during the incident.

After being treated for minor injuries at an area hospital, Knowles was booked into the county jail on charges of aggravated assault, unlawful possession of a firearm, carrying a concealed weapon while under the influence, and criminal trespass. He was being held without bond.