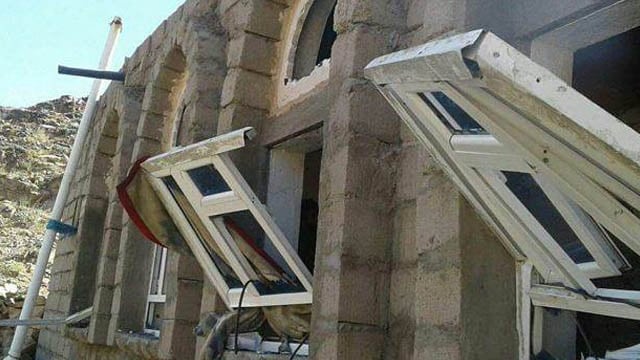 This photo released by a Yemeni organization purports to show a building damaged in the U.S.-led raid on Jan. 29. (Photo: National Organization of Drone Victims)

Officials told CNN the U.S. is now monitoring hundreds of people linked to al-Qaida in the Arabian Peninsula, thanks to intelligence gathered in the Jan. 29 mission. On Wednesday, the New York Times reported that information on cell phones and laptops recovered in the raid shined a light on new bombs being developed by the terror group.

Navy SEAL Ryan Owens was killed in the mission, as were several Yemeni civilians, including children, and a $75 million aircraft had to be destroyed after a hard landing, leading many to question the planning and execution of President Donald Trump’s first authorized raid. Still, the White House was quick to call it a success, saying the intelligence gathered could be used against AQAP, the al-Qaida affiliate responsible for the 2015 Charlie Hebdo massacre in Paris.

According to information gathered in the raid, and delivered to Defense Secretary Jim Mattis in a three page brief, the terror group is developing new explosives and training techniques, the Times reported. AQAP has developed bombs that don’t have any metal pieces and can be inserted into body cavities to avoid detection. The insights gained from devices seized in the raid will help the U.S. continue to fight the terror group, which has been thriving in war-torn Yemen.

“AQAP has taken advantage of ungoverned spaces in Yemen to plot, direct, and inspire terror attacks against the United States and our allies,” said US Navy Capt. Jeff Davis Thursday after a series of U.S. airstrikes in Yemen. “U.S. forces will continue to work with the Government of Yemen to defeat AQAP and deny it the ability to operate in Yemen.”

Officials said the more than 20 precision airstrikes on Thursday in Yemen were not related to the information gathered in the January raid.