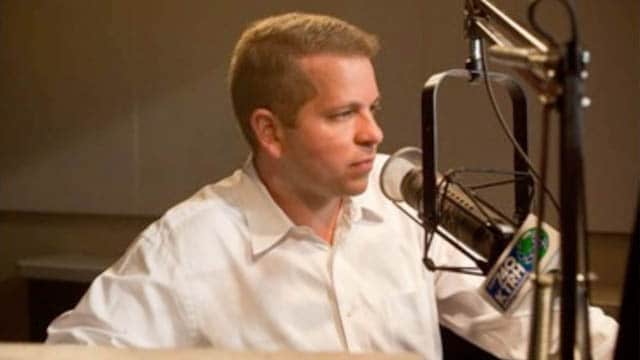 Talk show host Michael Berry will be honored on Sunday with the “Talk Personality of the Year” award from iHeartRadio. (Photo: YouTube)

A nationally syndicated conservative radio host who regularly makes fun of Chicago’s shooting victims is receiving an award this weekend, a move that’s drawing outrage from a local priest.

On the “Chicago Weekend Crime Report,” a regular feature on Michael Berry’s radio show, listeners play a game where they guess the location, on the victim’s body, of the gunshot wounds. Father Michael Pfleger, a prominent priest on Chicago’s South Side, told WGN-TV that iHeartRadio’s decision to give Berry an award is “unacceptable.”

“It’s not something you make fun of,” said Pfleger. “These are people’s children. There’s blood on our streets.”

Berry refers to the Windy City as “Thuglandia.” In one segment on his show in 2015, he mentioned a 14-year-old who was killed in a drive-by in Chicago.

“Tyjuan Poindexter was standing outside with some friends when some people drove by and opened fire,” said Berry. “Young Mr. Poindexter was shot in the head and died at the scene. He won’t have to live with that name anymore.”

A couple weeks ago, Berry talked about a Chicago man on his show who was shot in the leg, saying the man “will never be a professional field goal kicker.”

Berry is a former Houston City Council member and has said Confederate Army Gen. Robert E. Lee is a hero of his, according to the Chicago Tribune. He announced the “Talk Personality of the Year” award on Twitter late last month.

Honored to be named top talk personality by @iHeartRadio nationally in the 1st award for this. It's a testament to our team & listeners. 1/

“Shame on iHeart,” said Pfleger. “Shame on them for even thinking about giving the award. The award needs to be rejected. They need to put him off the radio or at least ought to control what he is doing on the radio.”

Last week, while talking about the award on his show, Berry said he was grateful to work for a place that didn’t tell him “this is offensive — I don’t like this.”

Radio giant iHeartRadio owns 800 stations in the U.S., including WGCI, a black music station in Chicago. Berry’s syndicated talk show does not play on that, or any other Chicago station.

Berry is set to receive the award on Sunday in a televised event.