Baltimore a little safer with this gun off the streets 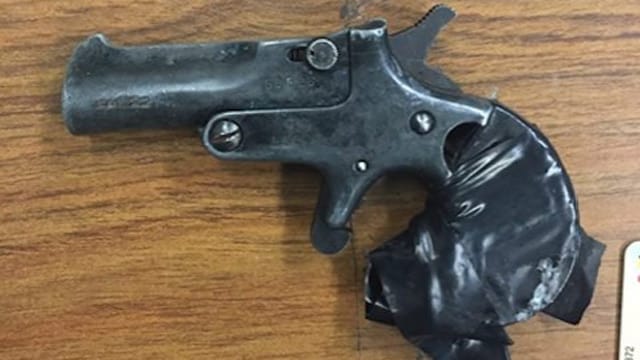 A 36-year-old man was arrested in Baltimore’s Eastern District after he was found to be in possession of a gun during a traffic stop last week.

Keith Gladden, who is a repeat offender and prohibited from possessing a firearm, was arrested. Drugs were also found to be in Gladden’s possession.

Following Gladden’s arrest, the Baltimore Police Department posted a picture of the weapon to the department’s Facebook page with a brief statement and, as if often does, the Internet reacted.

While police say the gun was loaded, it’s unclear whether the weapon was actually in working order. A quick look at the department’s post shows that people also wondered which was invented first: The gun or the tape holding it together.

Others pondered whether the gun was stolen from an antique shop or possibly the Smithsonian. Someone else noted the gun is the same model players first have access to in the popular video game Grand Theft Auto: Gettysburg, while another person indicated relief that the police department likely stopped another stagecoach robbery.