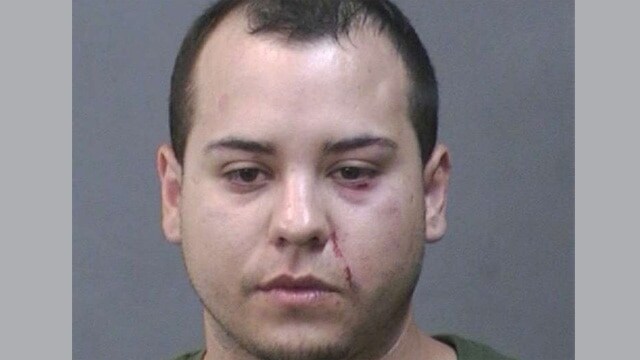 A federal investigation reveals a communications breakdown between the Drug Enforcement Administration and the Bureau of Alcohol, Tobacco, Firearms and Explosives allowed a known drug dealer and suspected gun trafficker to walk free.

Seven months later, firearms recovered from a crime scene in Mexico where two federal agents were attacked would implicate the very same man in a scheme to smuggle guns across the border.

Los Zetas gang members gunned down Immigration and Customs Enforcement agents Victor Avila and Jaime Zapata on a highway 200 miles north of Mexico City on Feb. 15, 2011, killing Zapata and wounding Avila. Investigators later traced one of the weapons used in the crime to a straw purchaser in Texas named Robert Riendfliesh, who bought the firearm from a pawnshop in Beaumont under the direction of Manuel Gomez Barba.

DEA agents arrested Barba during an undercover narcotics operation in June 2010, three weeks after Barba told a confidential source he not only supplied methamphetamine in Beaumont, but was involved in a firearms deal involving 20 AK-47s, according to a report released last week by the Office of Inspector General.

Sean O’Neill, deputy assistant inspector general, said during an interview last week DEA agents didn’t immediately forward Barba’s statements about weapons dealing to agents at the ATF or to the U.S. Office of Attorneys for the Eastern and Southern Districts of Texas because they “weren’t believed to be credible.”

After agreeing to cooperate with the DEA, Barba was released on $50,000 bond from federal custody in July 2010, according to the report. He was never questioned about the weapons deals he said he facilitated.

The Baytown Crew bought more than 40 firearms over the ensuing six months, including a rifle that turned up on the scene of the deadly assault on Avila and Zapata.

The ATF learned of Barba and his crew through their own investigations, according to the report.
Still, O’Neill cautioned, the agency can’t speculate on how a different turn of events may — or may not have — spared Zapata’s life.

The U.S. District Court of the Southern District of Texas indicted Barba, Riendfliesh and rest of the Baytown Crew a week before the attack on Avila and Zapata. ATF agents arrested Barba the following day at his home in Baytown. Riendfliesh was apprehended nine days later in Liberty, Texas.

Barba was sentenced to eight years in prison for drug and firearms offenses. Riendfliesh pleaded guilty to one count of conspiracy and served four years probation.