How conversion kits made their way onto the range, into home arsenals 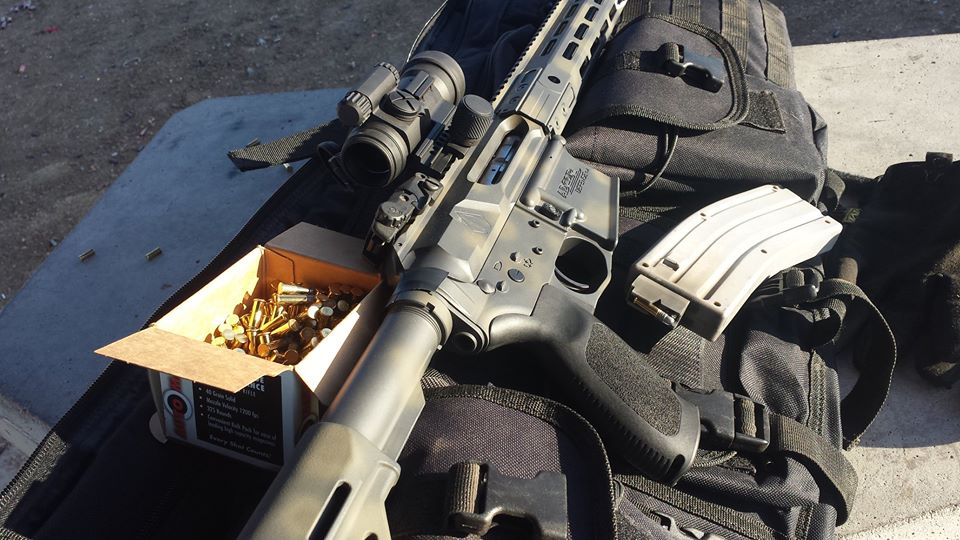 A .22 conversion kit on the AR-15 platform. (Photo: Alex Vogel via Facebook)

Simple but innovative, conversion kits create more opportunities for shooters yearning for a cost-effective means to pop-off an array of rounds at the range. How did these kits come into the mainstream, convincing shooters to trade multiple platforms in for multiple barrels?

Necessity breeds innovation and in the case of conversion kits that necessity was precipitated by frenetic purchasing resulting in a nationwide ammunition shortage following the Sandy Hook school shooting in 2012.

Though .22LR was at times as difficult to come by as other calibers, when it was stocked it was more cost-effective that other rounds. The cost saving advantages of .22LR got industry people wondering, could “non-standard caliber” firearms be retrofitted to accept this more cost-effective round?

The answer was yes and the rise of the conversion kit began. They come in many forms, allowing shooters to swap to nearly a variety of calibers these days. However the .22LR still reigns supreme.

From handguns to rifles, aftermarket accessory vendors and even gun makers themselves now offer .22 kits to consumers looking to expand their arsenal without spending big bucks.

“For very little money you essentially have two guns for the price of one,” Kimber Trade Relations Manager Rachel Vandevoort told Guns.com in an interview.

Kimber offers the Rimfire Target Conversion Kit, which converts a Kimber .45 ACP, as well as other 1911 brands, into .22LR. Like other handgun conversion kits, Kimber’s provides a .22 slide which easily installs in mere minutes on the desired pistol frame. A .22 magazine also accompanies kits.

“Your converted Kimber 1911 puts the same grip, trigger and sights in your hand to allow for consistent training from one caliber to another. It also provides a lower recoil round option for family and friends trying out your firearm for the first time, the conversion kit allows them to focus on ergonomics, trigger pull and the general feeling of the gun,” Vandevoort commented. “By converting your everyday carry to a .22LR you can practice in a live fire situation without breaking the bank.”

Kits aren’t limited to the venerable 1911. Semi-automatic fans are seeing the benefits of conversion. Despite stocking 1911 and AR kits, Tactical Solutions says consumers’ favorite retrofit coincides with one of the industry’s favorite guns.

“Our most popular conversion kits are for the Glock 17/22 and 19/23,” Shaw said. “The weight, look and feel is comparable to their centerfire versions.”

Defensive handgun users find rimfire kits elevate training, essentially representing a step above basic dry fire. The .22 significantly reduces weight, recoil and muzzle blast which in turn provides an opportunity for shooters to focus on and improve fundamentals. Additionally, .22s are often viewed as less intimidating than other calibers which proves advantageous for new shooters.

Though .22LR continues to be one of the most popular and better priced rounds, modern conversion kits have expanded past the rimfire round. Gun makers like Utah-based Desert Tech are supplying their customers with a range of caliber options to choose.

“Our customers get extra value by using one multi-caliber chassis by not having to purchase multiple rifles with accompanying optics,” Jeff Wood of Desert Tech told Guns.com in an email. “In addition to that value, they always have the same operation, same trigger, same ergonomics. All this translates into a sharpened skill set that regardless of caliber, allows very precise shooting.”

Desert Tech’s conversion kits quickly followed the release of their SRS model, opening the door to more diverse chamberings through a simple swap out of the barrel, bolt, bolt stop and magazine.

Like Desert Tech, some manufacturers are now making and marketing their own kits alongside aftermarket accessory makers. The advantage, of course, to buying in-house parts means consumers know the product they’re getting will absolutely work with their intended gun.

“By purchasing a conversion kit made by the manufacture of your firearm you are assured that it will perform flawlessly with your firearm as it was built specifically for it,” said Vandevoort.