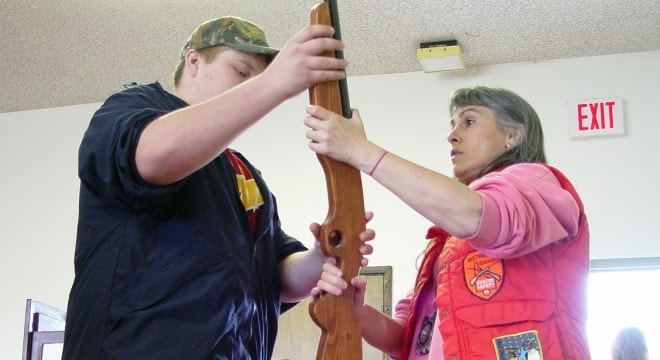 A measure in the state House could see more gun safety education in Idaho public schools. (Photo: Idaho Department of Fish and Game)

The House Education Committee is set to hear a proposal allowing Idaho public school boards to offer elective courses in gun safety to their students.

The bill, HB 240, would promote firearms safety classes developed by Idaho Department of Fish and Game, law enforcement agencies, or firearms associations for the state’s youth.

“Even if kids don’t have guns in their home, there’s a significant chance they will encounter them in the homes of their friends or in other situations,” said state Rep. Ron Nate, R-Rexburg, in a bulletin issued through the Idaho Legislature.

“Teaching them the proper dangers and cautions will help keep them and their friends safe. Many gun safety programs also teach about active shooter situations and what to do. This is valuable training for when and if such a horrible incident might occur in Idaho,” he said.

Nate’s measure would not mandate classes and carries no funding to support them but would encourage local school boards to consider offering them to students. The lawmaker gave the National Rifle Association’s Eddie Eagle GunSafe program as an example, citing its use in helping reduce firearm-related deaths.

According to the organization, the program started in 1988 and has taught over 29 million youth in all 50 states, Canada and Puerto Rico, the basics of firearm accident prevention. Recently revamped, the group contends it is not about marketing guns to kids, just safety.

“Neither Eddie nor any members of his Wing Team are ever shown touching a firearm, and there is no promotion of firearm ownership or use,” reads the site for the program. “The NRA does not make any sort of profit off the program, nor does it intend to.”

The concept of increasing gun safety education in public schools has been broached in several states.

In Louisiana, a former Top Shot contestant turned lawmaker introduced a bill that would have made attendance by elementary school students in the state in the program mandatory, and only authorized the NRA program. To pass committee, the lawmakers stripped the arbitrary language and made the education optional. It was signed by Gov. Bobby Jindal, a Republican into law.

Missouri adopted a similar proposal in 2013, in that instance, signed by a Democrat — Gov. Jay Nixon.

However, not everyone has embraced Eddie. At least one Texas school backpedaled from the program after they found out it was sponsored by the NRA and the initiative has been blasted by comedians.