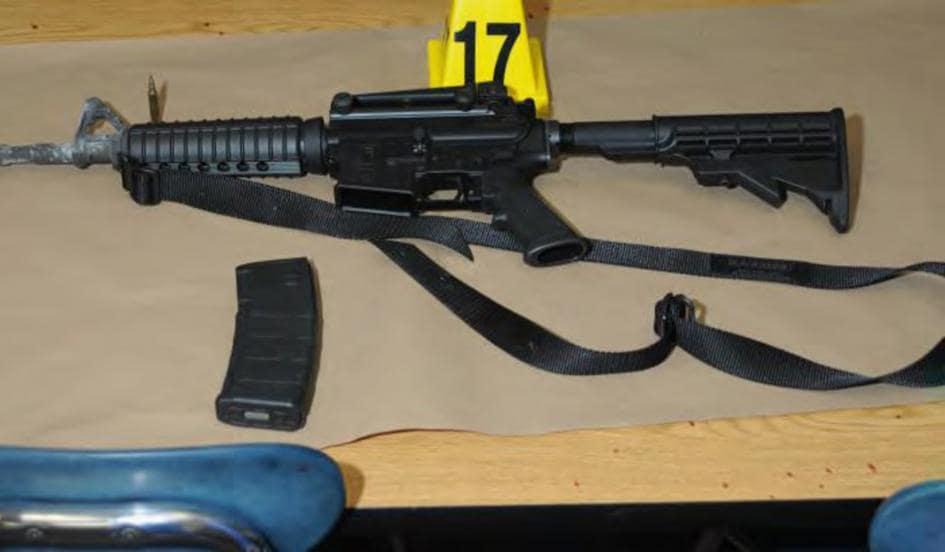 The 62-page brief filed last week asks the court to reverse the initial judgment dismissing the case and remand it to a lower court so they may engage in discovery and proceed to trial.

Before the dismissal last year, the court ruled Remington would have to disclose documents revealing its strategy for marketing AR-style firearms, like the one used in the 2012 shooting that resulted in the deaths of 20 first-graders and six educators.

Attorneys for the plaintiffs argue Remington ignored the potential dangers of selling ARs to civilians. “The AR-15 is not a ‘sporting rifle,’ modern or otherwise. It is not a weapon that is merely capable of assault or superior for assault. It is a weapon designed for those with the awesome power – and responsibility – to inflict mass casualties in combat,” the brief says.

The document details a brief history of how the AR-15 evolved from its military predecessor introduced half-a-century ago in Vietnam and how Remington targeted a “younger demographic of users” with ads linking the AR-15 to “macho vigilantism and military-style insurrection,” traits that appealed to the 20-year-old “video-game playing, military-obsessed” gunman Adam Lanza.

In the brief, plaintiffs allege Lanza’s mother, whom he spent almost all of his time with, bought him the Bushmaster AR-15 likely as a birthday present when he turned 18. They argue Lanza opted for “unfettered access” to the rifle over joining the Army because of his documented history of social and developmental disorders would have kept him out of the military

“Remington did not question the wisdom of selling the military’s superlative combat weapon to civilians. Nor did Remington take issue with the fact that young men consistently, routinely – and more often than not, legally – were able to gain access to AR-15s and unleash them in our communities,” the brief says. “Where others feared the catastrophic risk posed by these weapons, particularly in the hands of unstable young men, Remington saw a different problem: insufficient civilian demand for the AR-15.”

The brief also says the other defendants in the case — Bushmaster Firearms, and the distributor and the now bankrupt retailer that sold the gun — understood the issues as well, but chose profits over public safety.

Citing dozens of court cases, the brief revamps allegations of negligent entrustment under state common law and the Protection of Lawful Commerce in Arms act, and claims that Remington along with other defendants named in the case violated state trade laws.

In last year’s dismissal, the court said Remington was protected under the broad immunities provided under the federal PLCAA law since it was criminal misuse that caused deaths and injuries on that fateful day. Yet, legal strategists said the court left room for an appeal since PLCAA doesn’t apply if the gun sale violated a state law like the one cited in the case. Plaintiffs claimed selling the gun to the gunman’s mother violated a Connecticut consumer protection law that regulates deceptive advertising.

Plaintiffs initially filed the case in state court in December 2014, but Remington’s attorneys quickly pushed the case to federal court where they sought PLCAA protections. However, the plaintiffs successfully had it remanded to state court where the judge tried to keep the case on a schedule, even giving it a trial date, before dismissing in October.

Remington and the other defendants have two months — a deadline of May 1 — to respond to the brief, according to the case docket. Then the plaintiffs get a month to respond again, but the state Supreme Court isn’t expected to take up the case until the fall.