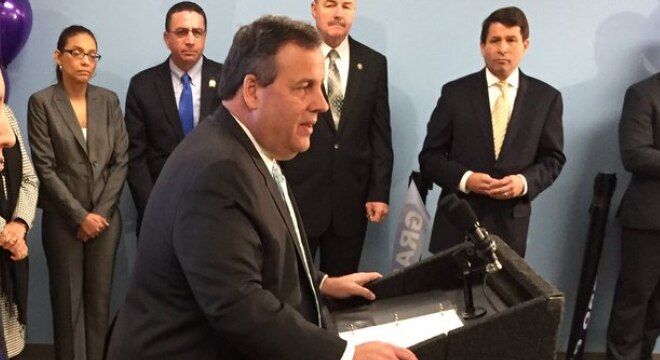 New Jersey’s Republican Gov. Chris Christie announced Monday an effort to cut regulations for those seeking to carry handguns, sparking another fight with state lawmakers who are not impressed.

The revised regulation, adopted after a 60-day comment period, allows a police chief reviewing handgun carry permit applications to consider evidence of nonspecific “serious threats” as a new part of the strict “may-issue” process for granting a permit.

As noted by Christie’s office, the move does not change the process for obtaining a permit but instead aligns the regulatory definition of “justifiable need” with the standard used by the Supreme Court of New Jersey. The move is the second since last April that the governor has tried to add the “serious threat” guideline to the permitting process following recommendations of a panel established by Christie in 2015 after the death of Carol Bowne, 39, of Berlin.

Citing public safety concerns, state lawmakers blocked Christie’s last change from taking effect in a Democrat-led push last year and are ready to do the same with the fresh attempt announced this week.

“Gov. Christie’s actions are an affront to the state constitution, our democratic process and public safety,” said Assembly Speaker Vincent Prieto, D-Hudson/Bergen, in a statement Tuesday vowing counteraction from the Legislature. “The governor does not have the right to ignore legitimate legislative actions simply because he does not like them or lacks the power to stop them. This is not a dictatorship.”

“The Right to Bear Arms necessarily includes the right to self-defense with a firearm outside the home,” said Scott Bach, executive director of the Association of New Jersey Rifle & Pistol Clubs. “Although 43 states recognize that right, New Jersey remains one of a handful of backward states that apparently prefer their citizens to be victims – except for legislators, who themselves enjoy the armed protection of State House security details. New Jersey’s days denying right to carry to its citizens are numbered.”

Should state lawmakers foil the governor this year, they won’t have to face off with him again as regulations bar Christie from seeking re-election for a third term when his second officially ends in January 2018, though he may seek to run again after 2021.