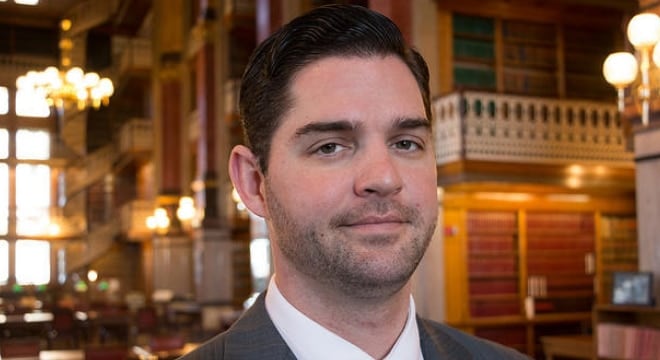 A sweeping pro-gun bill that includes striking the duty to retreat was approved by lawmakers in the Iowa House on Tuesday, sending it to the Senate.

The measure, HF 517, would introduce a “stand your ground” use of force guideline to Iowa while bringing a host of other changes to the state’s firearms laws. It passed on a Republican-heavy 58-39 vote.

The bill’s sponsor, Rep. Matt Windschitl, R-Missouri Valley, who in past sessions has backed a few similar efforts that fell short, felt good about the legislative push this time around.

“We have a bill that advances Iowans rights,” Windschitl said, as reported by Iowa Public Radio. “It expands their freedoms and affords them more individual responsibility to make decisions for themselves.”

The advancing measure removes the duty to retreat currently enshrined in Iowa’s self-defense statutes on the use of reasonable or deadly force. This so-called “stand your ground” model has been adopted in many conservative states with Florida passing the first of its kind in 2005.

Next, the legislation would place gun permit holder information out of bounds from public and Freedom of Information requests. Currently, anyone can get the name, address and birth date of concealed carry permit holders by a simple process.

In addition to the use of force and privacy sections of the legislation, the proposal also includes mandates to loosen regulations on youth handgun possession for target shooting and hunting reasons provided they are given the firearm by a parent, instructor or guardian. Current laws limit this practice to youth 14 and over, hindering budding competitors. Past efforts to expand youth shooting participation drew critical media attention on a national level.

Finally, the bill would strike gun free zones at the state capitol, expand Fourth Amendment search and seizure protections for those carrying firearms and prevent officials from restricting the carry of firearms during a state of emergency.

Not all were happy with the legislation, especially the relaxation of youth gun possession.

“I cannot support handing out handguns to children of any age, especially young children who do not possess the judgment necessary to handle a handgun safely,” said Rep. Mary Mascher, D-Iowa City. “Allowing a child of any age to handle a firearm makes us all unsafe.”

The measure now heads to the Iowa Senate for consideration.