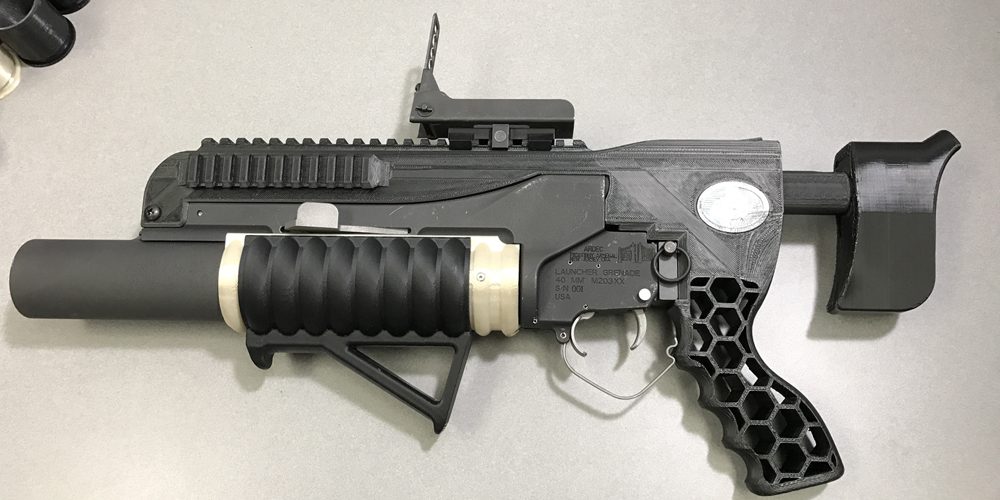 The launcher is replicated 1:1 scale from the M203A1– with a few tweaks to include an AFG. (Photos: Sunny Burns/U.S.Army)

RAMBO (Rapid Additively Manufactured Ballistics Ordnance) was made on a 3D printer after a six-month effort — and has even fired 3D printed grenades to prove it works.

Every part of the weapon, save for the springs and some fasteners, was sintered in aluminum or printed in 4340 alloy steel in 35 hours of production. 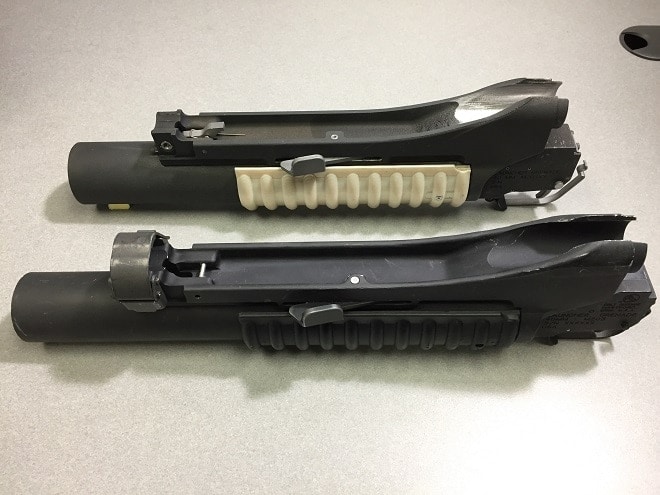 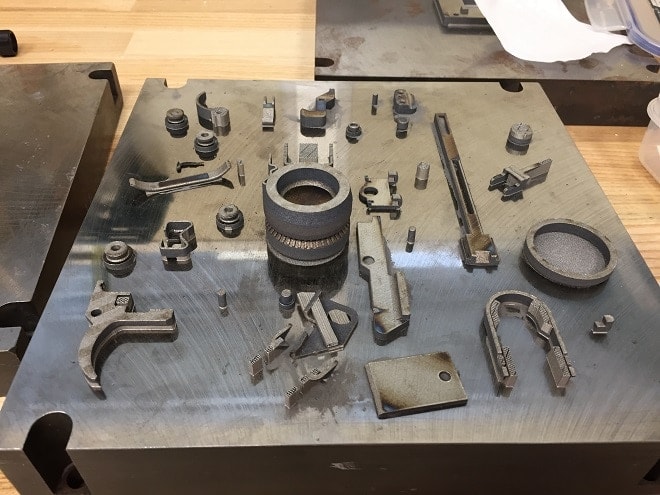 An M203A1 grenade launcher consists of about 50 parts, 90 percent of which the ARDEC team were able to 3D print for their weapon

So what do you fire from a 3D printed bloop gun? 3D printed grenades, that’s what.

While the M781 low-velocity 40mm training grenade uses a zinc case which they couldn’t print, the team tried 3D printing grenade bodies in aluminum and steel then settled on using a wax printer to make a mold they could pour molten zinc into to cast the projectile bodies. 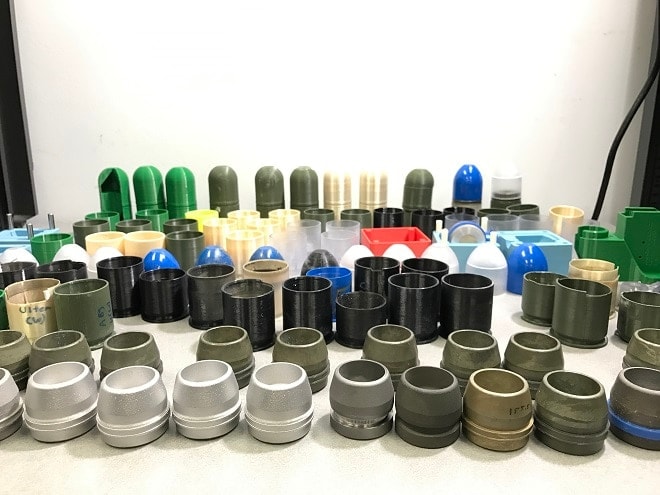 The neat thing is that the process actually cost, “tens of thousands of dollars less than identical components created with standard production methods.”

But does it work?

Well, they shot RAMBO 15 times and found the “test shots did not produce any signs of degradation, and the rounds’ muzzle velocities were within 5% of the velocities achieved by standard launchers.”

A standalone kit complete with a printed adjustable buttstock, mounts, and other modifications to include an angled forward grip was printed after consulting paratroopers of the 82nd Airborne Division who looked at the prototype– another rapidly applied lesson translated to production of the finished launcher.