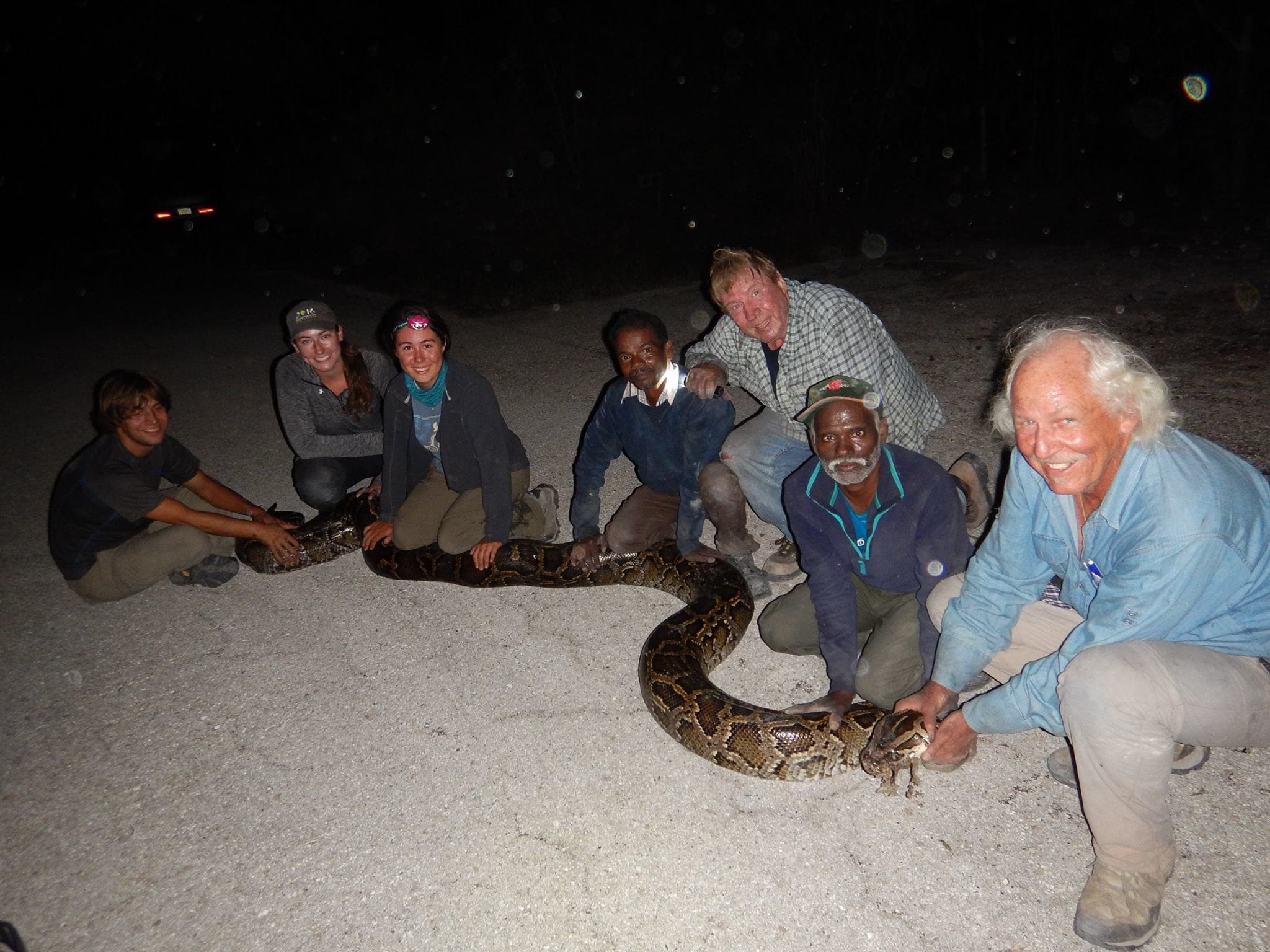 A water district in South Florida will hear a plan this week to hire area hunters to take care of invasive Burmese pythons infesting remote swamps and islands.

As reported by the Miami Herald, the South Florida Water Management District on Thursday will weigh a two-month pilot program in which hunters will be paid both by the hour spent on the job as well as a bonus for each of the huge snakes bagged.

The plan is backed by the indigenous Miccosukee Tribe, who has enduring rights on the district’s land for hunting and other purposes.

“The only way we are going to solve this problem is with the public help. Of course there will need to be strict controls on access. But I think it’s a great idea,” said Truman Duncan, the tribe’s water resources director. “Our Wildlife Officers only patrol Tribal lands. That leaves the majority of the Everglades with very little protection.”

Among the hunters already employed by the district is Bobby Hill (no relation to Hank) who has accounted for hundreds of the animals over the past decade including a nearly 18-foot, 150-pound serpent taken in 2014.

Since 2013, state officials have backed a Python Challenge event in which unpaid hunters vie for honors and bragging rights in a round-up style harvest. Beyond this effort, the Florida Fish and Wildlife Conservation Commission has imported snake catchers from among the Irula tribesmen of India as well as tracker dogs trained by Auburn University’s Canine Performance Sciences Program to take down giant Burmese pythons in the Keys.