Minnesota man gets 12 months for threatening to blow up mosque 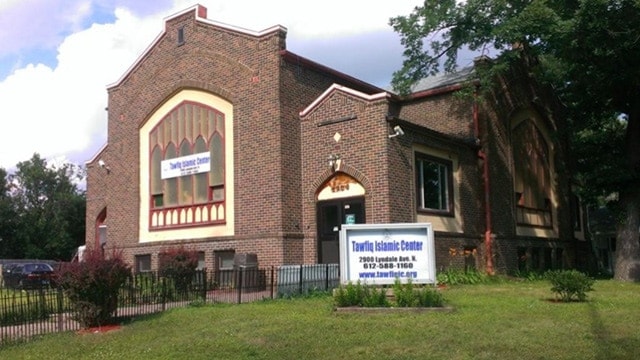 The Tawfiq Islamic Center was sent a hateful letter as they constructed a new, bigger building. (Photo: Facebook)

A 57-year-old man was sentenced Wednesday in federal court to one year in prison followed by three years of supervised release for threatening to blow up a mosque in Minneapolis, Minnesota, the Justice Department announced.

Daniel George Fisher pleaded guilty on Nov. 30 to obstructing, by threat of force, the free exercise of religious beliefs.

According to court documents, Fisher penned then mailed a letter to the Tawfiq Islamic Center in September 2015. In the letter, which was mailed anonymously, Fisher said he would “blow up your building with all you immigrants in it.” In addition to the threat, the letter also contained a number of profanities, a barrage of anti-Muslim, ethical and racial slurs, as well as derogatory statements about Islam.

Religious leaders at the center contacted authorities upon receiving the letter and tests revealed two sets of fingerprints on the letter, with one set belonging to Fisher. Fisher’s last known address turned out to be just a couple of blocks from the mosque, but further investigation revealed that Fisher no longer lived there. Authorities learned that Fisher was homeless, with no known address.

Once authorities caught up with Fisher, he admitted to writing the letters. He explained that he had become increasingly angry with Muslims following the 9/11 attacks.

At the time the letter was sent, the center was constructing another building as part of an expansive project. Fisher said he was angered at the construction and sent the letter as a means to scare and intimidate the center, hoping they would stop construction on the building and relocate elsewhere.

“The free exercise of one’s religious beliefs is a fundamental tenet of our Democracy,” said Acting Assistant Attorney General Tom Wheeler. “This sentence sends a message that anyone who threatens others with violence because of religious intolerance will face significant consequences.”

Special Agent in Charge Richard T. Thornton of the FBI’s Minneapolis Division called the hate crime appalling and said the bureau will continue to “prioritize, investigate, and bring to justice those who commit federal hate crimes and other civil rights violations.”