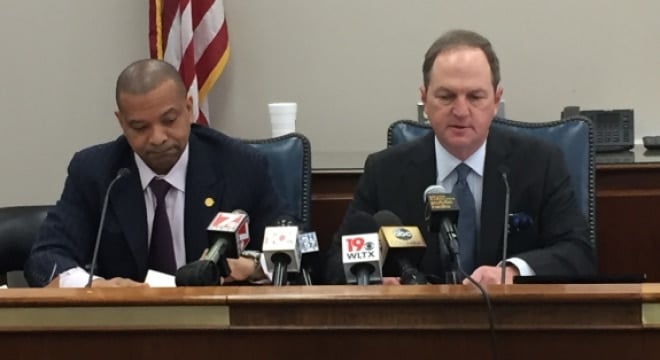 South Carolina lawmakers are looking to close the so-called “Charleston Loophole” with legislation introduced this week in the state Senate.

The bipartisan bill, S. 516 — cosponsored by Sen. Greg Gregory, R-Lancaster, and Sen. Marlon Kimpson, D-Charleston — would mandate that gun dealers in the state wait at least five days before transferring a firearm in the case of a delayed background check while prodding courts to step up reporting guidelines. Sponsors feel the move would reduce the chances of a gun getting into the wrong hands.

Kimpson’s measure as written would address the Charleston Loophole, which refers to the 2015 shooting at the Emanuel AME Church in Charleston, South Carolina, and the law that allows dealers to continue with a firearm sale without a completed background check if it takes NICS more than three days to process the application. While the federal guideline would remain in place, the bill would structure state law to hold off on transfers with pending background checks to for at least five days before a licensed dealer could hand over the firearm.

In addition, it would mandate court clerks across South Carolina notify the State Law Enforcement Division of restraining or protective orders and domestic violence convictions within 10 days. Current law allows a 30-day window. It would also set a 48-hour window to report any court actions involving gun restrictions, which do not currently have a time limit.

“If the reporting had been done quicker, it probably would have prevented (the Charleston shooter) from getting a gun,” said Gregory. “The (background check) time period wasn’t the issue.”

This is not the only legislation addressing delayed firearms transfers in South Carolina. Before the current session began, Senate Democrats introduced proposals to push the three-day delay to 28 and to eliminate the possibility of transferring a gun without a completed background check altogether.

All three bills are in the Senate Committee on Judiciary.