Wilson Combat continues its line of new guns for 2017 with the introduction of the EDC X9, a modern hybrid of the EDC 9 1911.

Featuring an overall length of 7.4 inches, with 4-inch barrel, the EDC X9’s grip can be tailored to fit a variety of hand sizes with small or large backstraps and choice of small, medium or long trigger pad. The X-frame design is screwless, using hammer spring tension to keep the Wilson/VZ G-10 starburst patterned grips in place. Grip and backstrap removal is easily achieved with a 1/8-inch pin punch.

The EDC X9 is also equipped with a Tri-Top slide profile with user-friendly front sight and rear Tactical Adjustable Battlesight.

CEO of Wilson Combat Bill Wilson says the new pistol has been rigorously built and thoroughly tested to meet the quality Wilson Combat fans have come to expect.

“The EDC X9 has been the most extensive design and development project Wilson Combat has undertaken in our 40-year history and it reflects what the company has become today from our humble beginnings as a one man gunsmithing shop,” Wilson said in a statement. “During my extensive shooting of the EDC X9 during development and final testing I have been very impressed with its functional reliability beginning all the way back to some of the early prototypes.”

Though the EDC X9 is not yet available, interested consumers can pre-order the pistol from Wilson Combat with a base price set at $2,895. 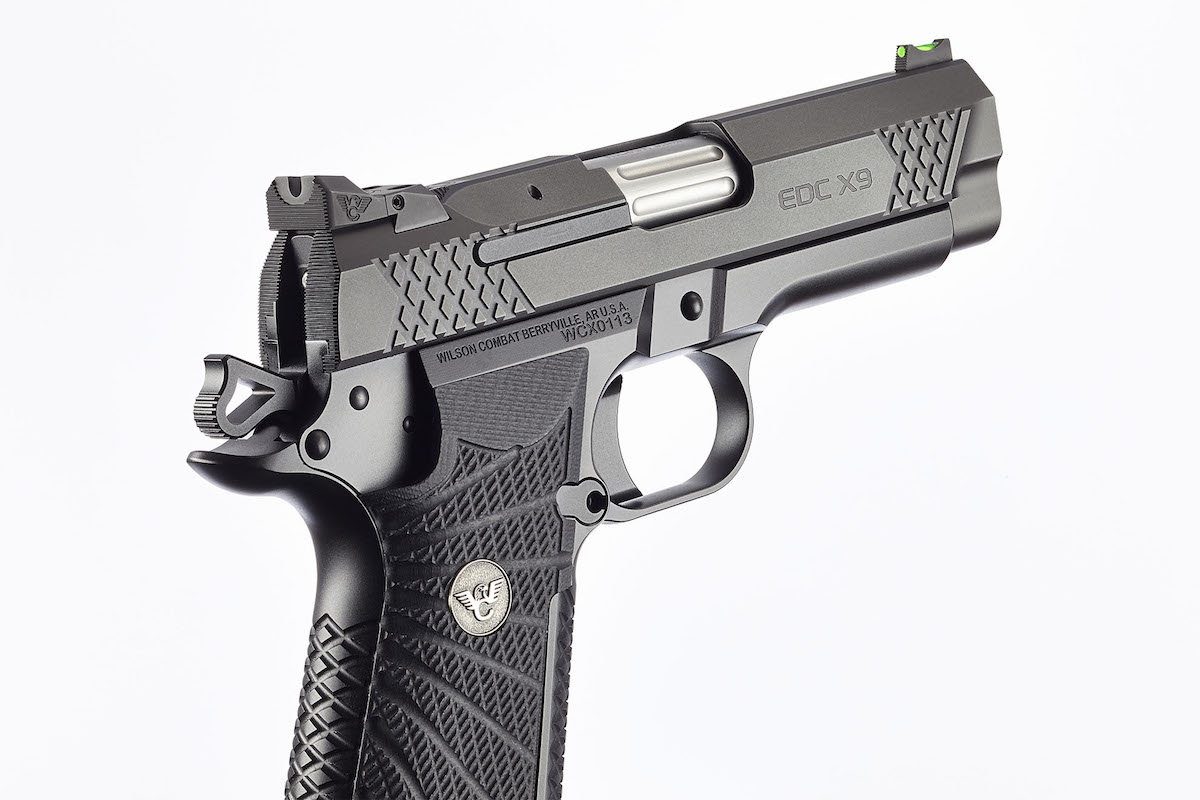 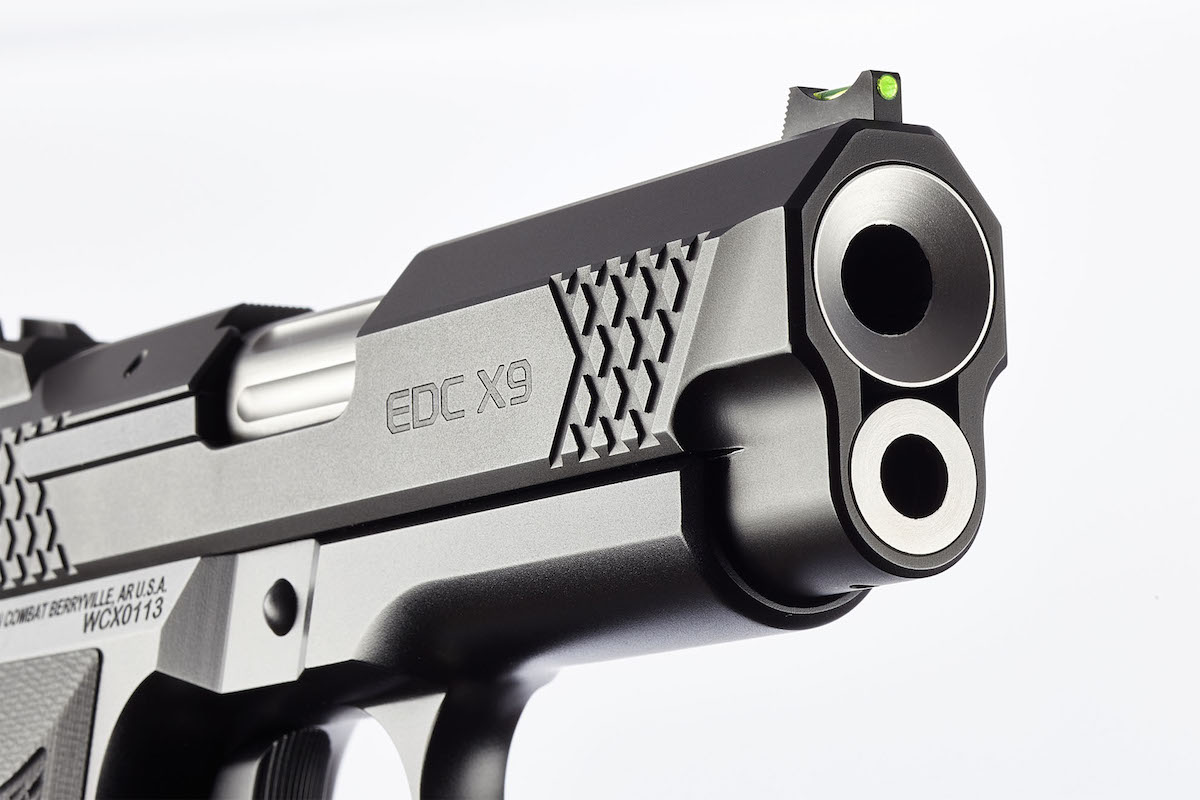 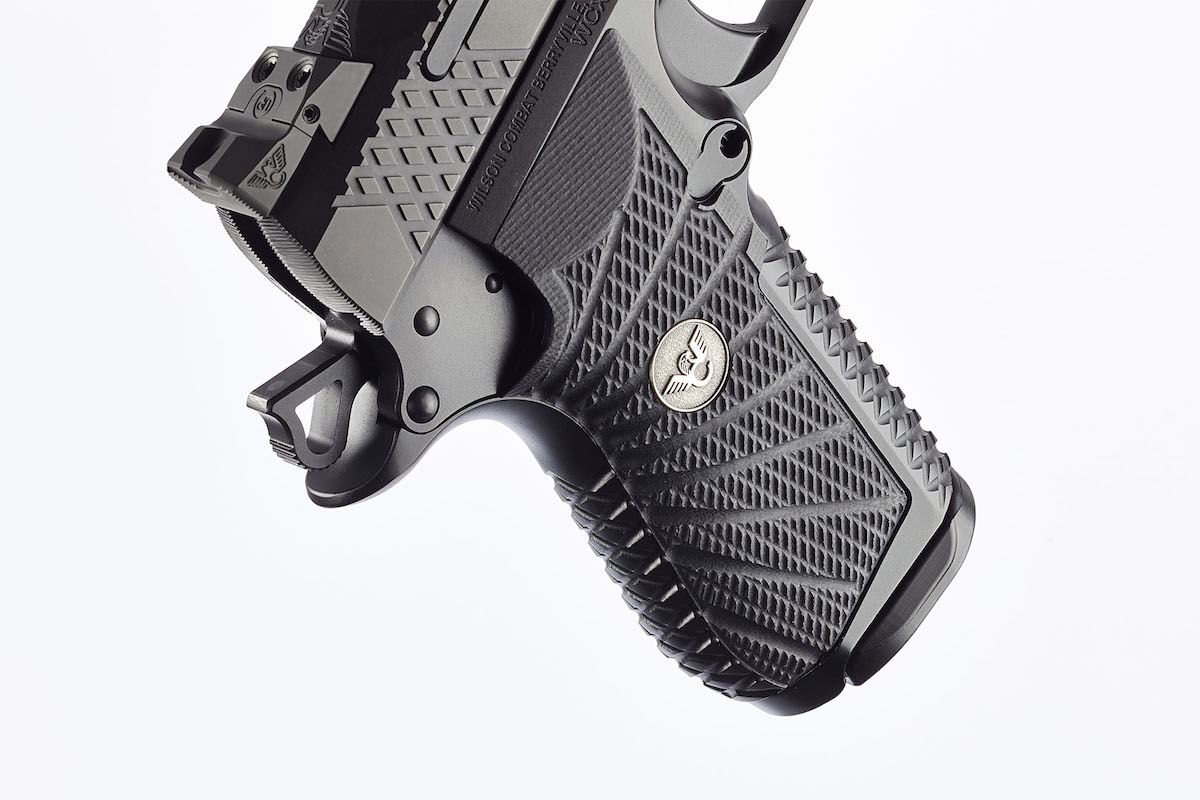 The interchangeable grip can be swapped out for a small or large backstrap. (Photo: Wilson Combat)