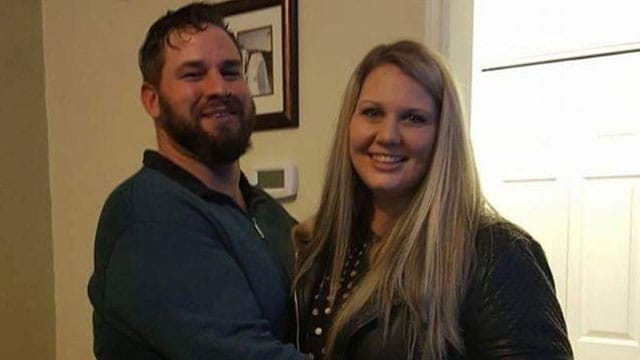 A 32-year-old former bank teller who was arrested after the fatal biker brawl two years ago at a Twin Peaks restaurant in Waco filed a $350 million lawsuit Wednesday claiming civil rights violations.

Morgan English filed claims in a Texas federal court that names city officials and police as violating her Fourth and Fourteenth Amendment rights when they arrested her alongside more than a 175 others on May 17, 2015, after a melee that ultimately resulted in gunfire. Despite being a bystander, authorities kept her in jail for 16 days, the lawsuit says.

According to the complaint, English, her husband and two friends drove some 120 miles to attend a Coalition of Clubs and Independents meeting at the restaurant that day. The meeting was set to discuss recent legislation that affected motorcyclists.

The lawsuit says the group heard gunfire as they tried to enter the front door of the restaurant shortly after arriving, so they quickly took cover and stayed out-of-sight until the shooting ended.

The violence, which included an assortment of weapons besides firearms, largely involved rival biker clubs the Bandidos and the Cossacks, but law enforcement on the scene also fired shots. The shooting left nine bikers dead and 20 injured, but nearly two years later, it’s still unclear who fired the first shots: the bikers or law enforcement.

Afterward, English and her group voluntarily spoke with authorities, but they were arrested with 176 others. She was held on a $1 million bond, but after 16 days in jail she posted bail when bond was reduced, as it was with most of the detainees.

According to the lawsuit, authorities made the decision to arrest every person at the restaurant who was wearing anything indicative of a motorcycle club affiliation. The “fill-in-the-name” warrants were then used to arrest 177 people, including English. Most were held on charges related to engaging in organized crime.

However, English was not wearing any sort of MC patch or any other article of clothing to indicate an affiliation with any motorcycle club. In fact, English said she not only has no association with any motorcycle clubs but has never been arrested and has absolutely no criminal record. Those who are still facing charges have yet to begin their trials.

“This lady is, was and always will be virtually innocent of any criminal behavior that occurred at Twin Peaks,” said Randall Kallinen, Houston civil rights attorney representing English. “What happened to her, however, is a cruel and excruciating crime not of her own making and $350,000,000 is an appropriate figure for this case.” He added that English is now forever portrayed as being involved in a mass homicide.

But District Attorney Abel Reyna all but called the lawsuit ridiculous. “The issue complained of by Morgan English has already been addressed by a district judge who found probable cause existed for her arrest,” Reyna said after the suit was filed. “Unfortunately, our legal system allows anyone who pays a filing fee to file a lawsuit, including those with ridiculous allegations.