Dispute with ex-girlfriend ends in shootout with police 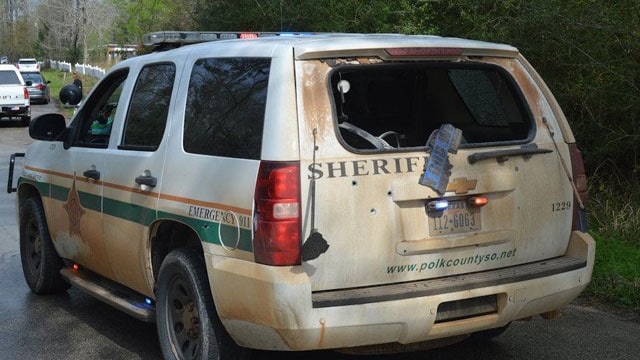 One deputy’s vehicle was left with a shattered back window. (Photo: Polk County Today)

A 24-year-old man is facing numerous charges after he became engaged in a shootout with authorities in Polk County, Texas, Tuesday morning.

Joseph Alexander Swansey, of Livingston, was charged with first-degree felony attempted capital murder of a peace officer and six counts of first-degree aggravated assault with a deadly weapon. He is being held at the Polk County Jail on a $525,000 bond.

According to reports, the entire incident unfolded around 9:20 a.m. and was the result of a dispute between Swansey and his ex-girlfriend, who is only being identified as Ashley.

According to Ashley, Swansey had been harassing her for several days. Ashley, who now has a new boyfriend, Travis Smith, said Swansey called her Tuesday morning and said he was out the night before looking for Smith to kill him.

The same morning, Swansey called Ashley again and said he wanted to see his 15-month-old son, who they had when they were still in a relationship for two and a half years. But when Swansey said he was coming over, Ashley called the police, who responded to the call momentarily.

About 15 after police arrived, Swansey showed up at Ashley’s residence armed with a rifle. Officers on the scene drew their weapons and yelled at Swansey to put his gun down. Meanwhile, Ashley grabbed two of her three children, Smith grabbed the third child and they all ran inside for safety. By that point, Swansey had already opened fire, but no one was injured. 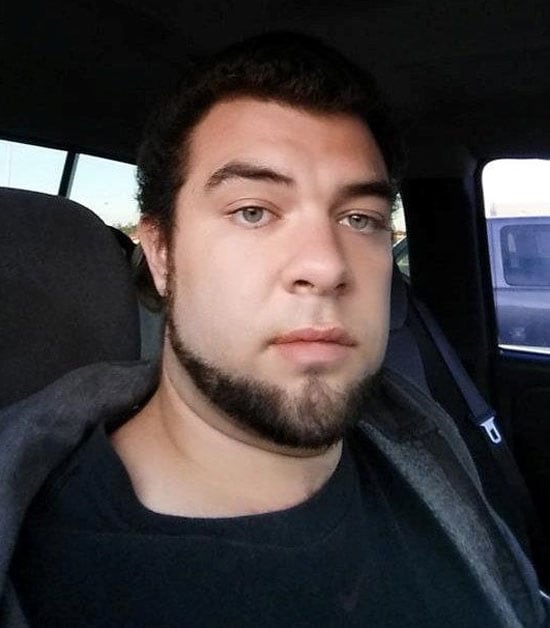 An SUV driven by a Polk County Sheriff’s Deputy was left with the back window shot out, while the house where Ashley was taking cover with Smith and her children was riddled with more than 20 bullet holes. Despite gunfire being exchanged, windows shattered and a house hit, no one was injured in the shootout.

Swansey soon gave chase and eventually wrecked his truck before officers swarmed and detained him. As he was being apprehended, Swansey was said to be yelling incoherently.

Swansey was transported to the hospital to receive treatment for injuries he sustained in the car crash. No one else was injured either from the wreck or the gunfire. Swansey is expected to recover, but now faces a slew of serious charges.