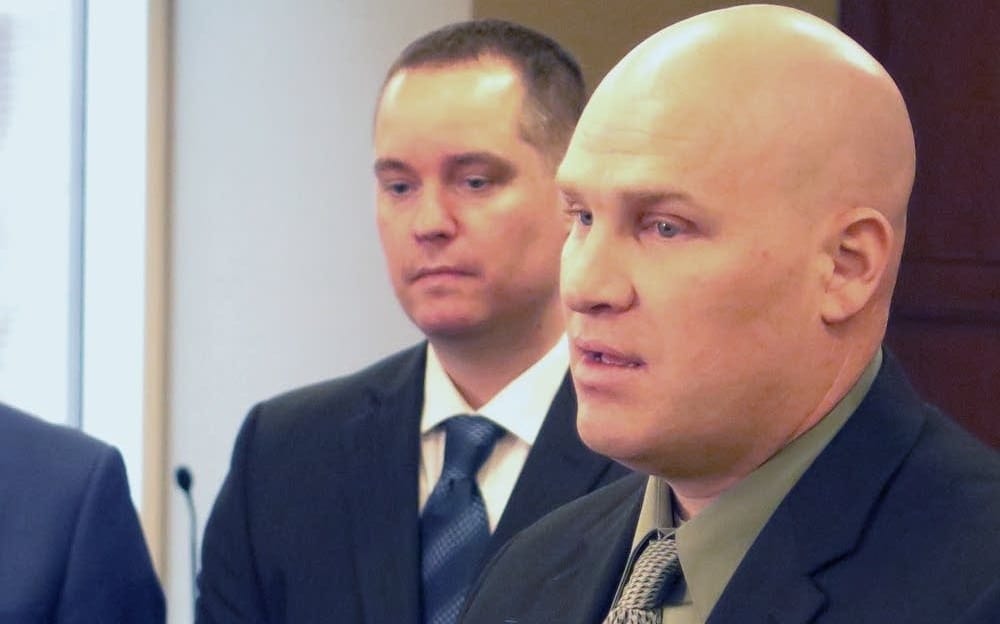 Two police officers injured in the 2015 New Hope City Hall shooting are suing the gun store and its owner who allegedly sold the shooter guns through a third party straw buyer.

The Minneapolis Star Tribune reports police officers Beau Schoenhard and Joshua Eernisse say shooter Ray Kmetz should have never been able to buy a gun, as years earlier he had been involuntarily committed to a mental institution.

On Jan. 26, 2015, Kmetz shot into a crowd of officers outside City Hall in New Hope, Minnesota. Eernisse was struck with more than 50 pellets, 35 of which are still embedded in his shoulder.

Schoenhard was struck in the wrist from another police officer’s bullet as he struggled to disarm Kmetz, who was eventually shot and killed by officers. Four surgeries and 75 physical therapy sessions later, the damage to Shoenhard’s wrist has finally been repaired.

Represented in part by Jonathan Lowy of the Brady Center, the officers are suing Full Metal Gun Shop and its owner, Troy Bucholz, for allowing another man to pick up firearms Kmetz had bought at an online auction and had delivered to the store. The suit alleges the gun shop allowed the buyer to claim he was the owner of the firearms, when they should have known from the order that the owner was actually Kmetz.

In Jan. 2015, Bucholz claimed the buyer said he had used Kmetz’s name when ordering to remain anonymous online and checked a box saying he would be the owner of the guns. Bucholz also said he “felt sick” the guns had been used in the shooting.

Due to the 2005 Protection of Lawful Commerce in Arms Act, put in place to protect gun dealers and manufacturers from being sued when their products are used for crimes, gun liability lawsuits are rarely pursued. However, in 2015 two police officers were awarded $5 million after being shot with a firearm a gun store owner had sold to a straw buyer.

“Part of our livelihood came from hunting,” Schoenhard said. Gun rights “have been part of our conversation from the get-go. We have both said this is not a Second Amendment issue, it’s a responsibility issue.”

“He could have done his part to prevent this,” Eernisse said about Bucholz. “I believe the law was violated and I’m trying to correct it and make sure it doesn’t happen again.”