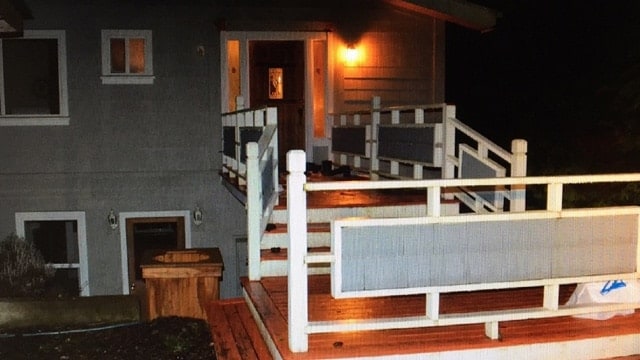 A 28-year-old man is in critical condition after being shot while trying to break into a home in Poulsbo, Washington, early Sunday morning.

The homeowner said she was home alone when she heard unfamiliar noises and found the suspect attempting to break in just before 2 a.m. She grabbed her gun and warned the man several times that she was armed, but he still tried to force his way into the home.

After multiple warnings, the woman fired at the man while he was still outside, leaving at least one bullet hole in a window near her front door. Authorities do not believe the suspect ever made it inside the home.

When police arrived a short time later, they found the suspect lying outside. He was shot in the hand and chest and transported to the hospital for medical treatment.

“Definitely scary for this lady who’s home alone in the middle of the night and you’ve got somebody breaking into your home,” said Det. Lt. Earl Smith with the Kitsap County Sheriff’s Office. “I’m sure it was a scary time for her. And she did what she thought she had to do.”

Although the decision will ultimately fall on the county prosecutor once the investigation is completed, authorities do not believe the woman will face charges.