The Marines have come up with a modular kit for their Mossberg 12 gauges that allows the end-user to swap out barrels and stocks on the fly to tailor their shotgun as needed.

The Marine Corps Systems Command’s Military Enhancement Kit, or MEK, provides a shortened and vented breaching barrel as well as three different stock options, offering an improvement over the standard 500A2. The stocks are swappable without tools after installation of a special adapter.

“Having the ability to transition through the three stocks—the folding, the pistol grip and the fixed—makes the weapons more versatile,” said Gunnery Sgt. Michael Flor, ballistic breaching course chief. “The kit allows the weapon to be tailored to the tactical user at the user level.” 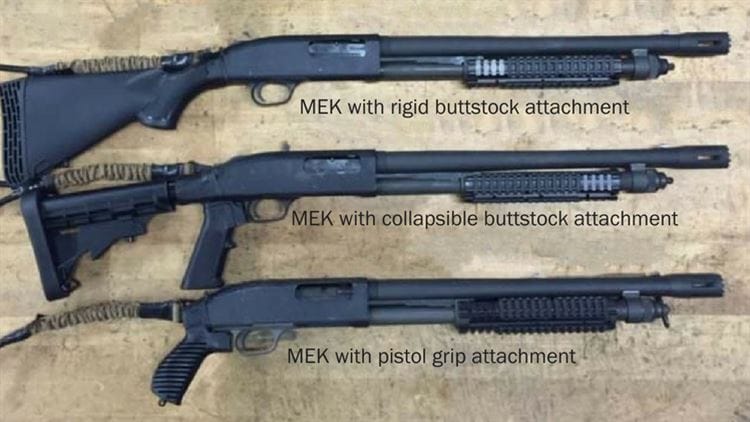 As reported in a release from the Marines, the kit offers a lot of advantages.

“When you’re breaching or conducting methods of entry, having the ability to secure the weapon on your body without it becoming cumbersome is important,” Flor said. “Having a shorter barrel and a pistol grip removes all of the extra space that is not necessary for ballistic breaching. So when you stow it, you can stow it much more rapidly.”

The MEK kit is expected to be fielded to Marine recon, security, military police, EOD and special operations units.