Police hope using ‘less than lethal’ gun will save lives 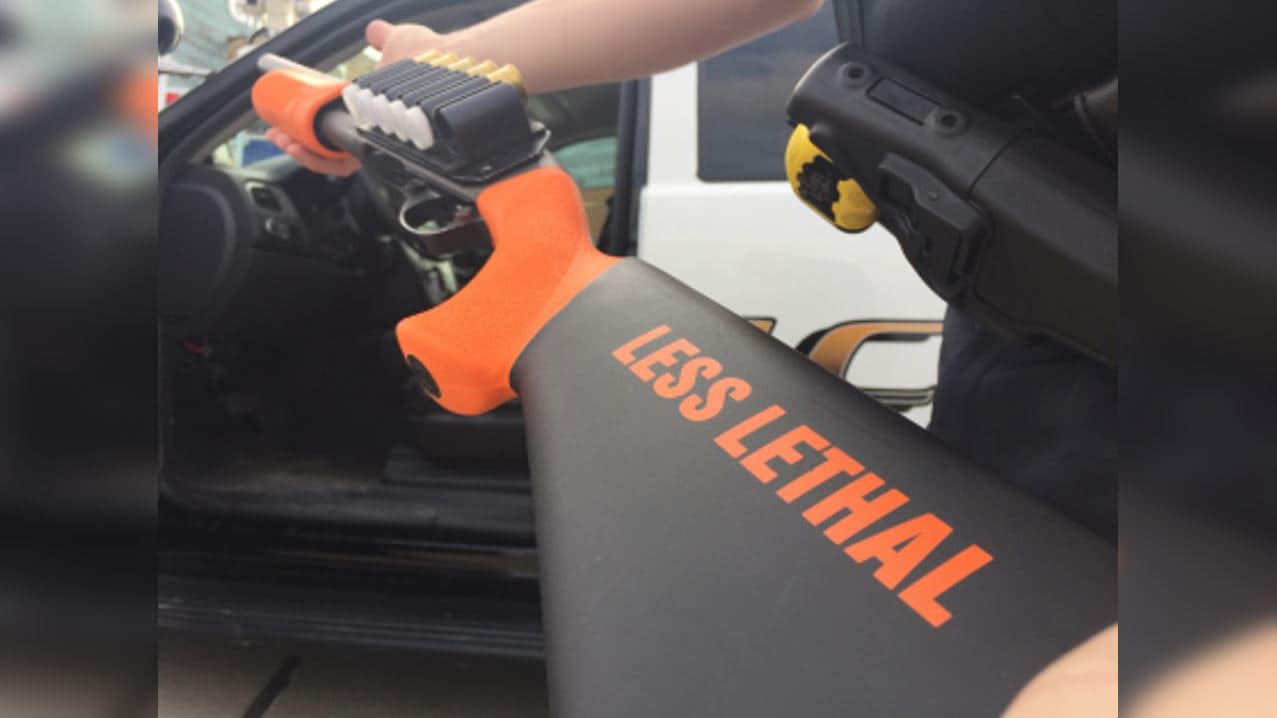 Police officers in Grand Prairie, Texas, are hoping the “Less Than Lethal” shotgun can help them save lives in the line of duty.

Many patrol officers in the department are now carrying the firearms instead of their normal shotguns, CBS11 Dallas reports.

“It’s a whole lot better than shooting a 12-gauge shotgun,” said Officer Mark Yancey. “I got into this career to save peoples’ lives, not take them.”

Sgt. Anthony Hogan said the shotgun takes “Super Sock” ammo rounds, more accurate than bean bag rounds and rubber bullets due to the use of traditional shotgun shells filled with metal pellets. Hogan said the guns could be used from about 25 yards away.

“Very, very painful. It’s not going to feel good at all,” said Sgt. Hogan. “It’s going to make you want to quit what you’re doing.”

The Grand Prairie Police Department intends for the “Less Than Lethal” shotguns to be used in situations where deadly force would normally be justified.

“He might get bruises, he could get a broken bone, but that’s better than being shot and dead,” said Sgt. Hogan.

According to the GPPD, as an additional safety measure, the officers will be prohibited from carrying traditional shotguns or live shotgun rounds if they have “Less Than Lethal” shotguns and ammo.

“This gives us an opportunity to not only safely send our officers home at night but also gives us the opportunity to take the guy into the custody with the least amount of injury so we can get them help they need,” said Officer Yancey.