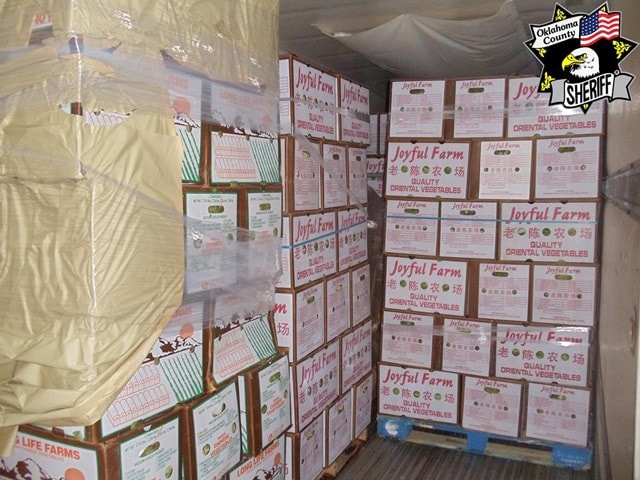 A traffic stop in Oklahoma over the weekend led to the discovery of more than 500 pounds of pot packed into a tractor-trailer.

After noticing the tractor-trailer make several unsafe lane changes, an Oklahoma County sheriff’s deputy initiated the stop. While talking with the driver of the truck, the deputy noted several discrepancies with the log book and bill of lading. The deputy then called in a K-9 unit, which resulted in a positive alert for marijuana.

The driver granted the deputy permission to search the truck and officers found 514 pounds of marijuana packed in 481 vacuum sealed bundles that were hidden in 20 boxes of the cargo.

The driver, Yuexian Zhou, 38, and the Jian Jun Lu, 38, were arrested for felony trafficking.

“This bust was due in part because of the extensive training our deputies receive in order to spot the difference between a normal long haul transportation vehicle and one which is transporting illegal narcotics,” said Undersheriff P.D. Taylor. “If you plan on bringing illegal drugs through Oklahoma County, you better plan on being arrested.” 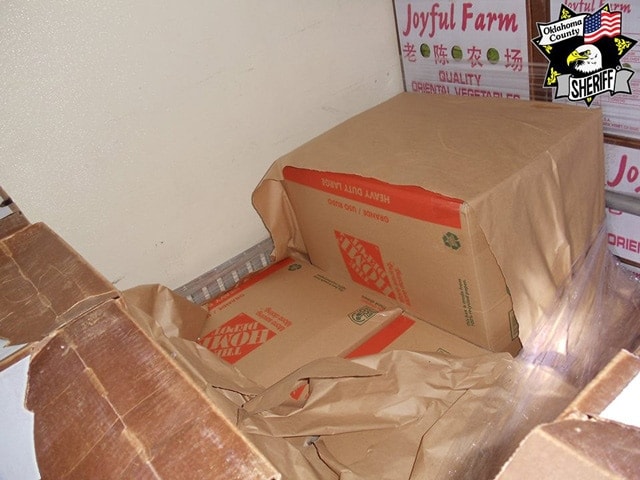 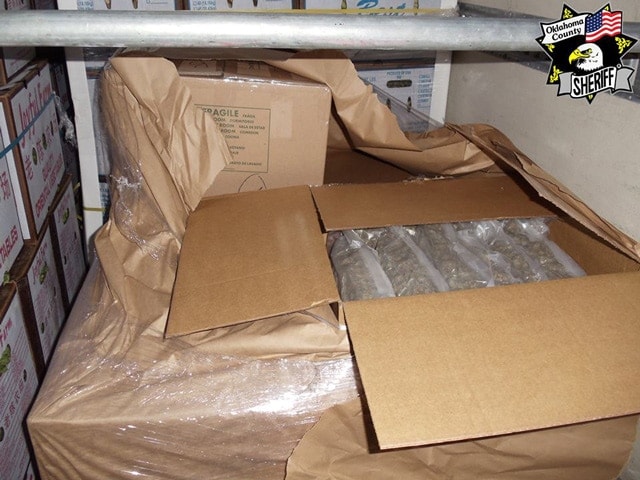 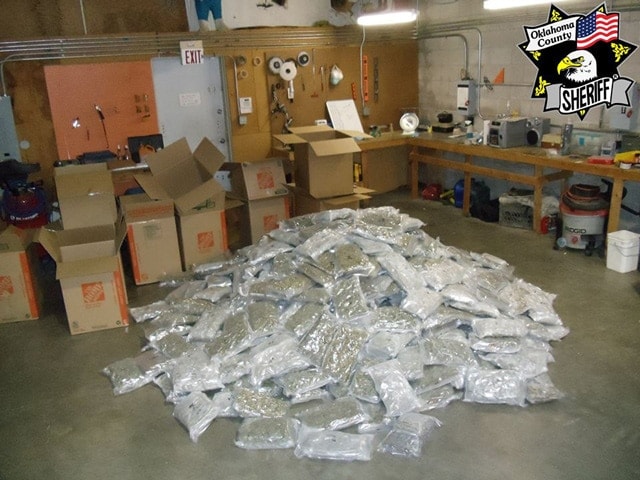