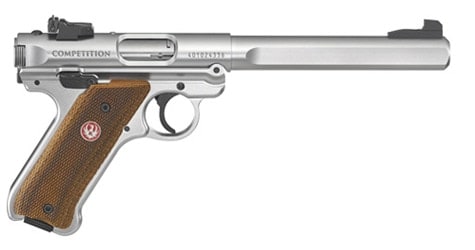 The Mark IV Competition is equipped with a 6.88-inch cold hammer-forged slab-sided bull barrel. Featuring hardwood laminate thumb rest competition grips, the grip frame itself is CNC machined from one solid piece of stainless steel. The 22LR chambered gun utilizes fully adjustable target sights which are mounted on the barreled receiver for permanent sight-to-barrel alignment. This design lends itself to greater inherent accuracy than moving-slide designs, according to Ruger. The all-stainless style weighs 45.8 ounce and is outfitted with a simple, effective one-button takedown The Mark IV Competition retails for $749.

The Mark IV 22/45 Tactical boasts a lightweight polymer grip frame with rubberized replaceable grip panels that mimic the angle and feel of the SR1911. Featuring a 4.40-inch barrel with 1/2 x 28 thread pattern, the tactical handgun can be equipped with the Silent-SR or flash suppressor. The Mark IV Tactical is outfitted with fully adjustable sights and factory-installed Picatinny rails on both the top and bottom of the barreled receiver. This dual railing allows for mounting of lights, lasers and other accessories. Styled in the classic “tacticool” black, the Mark IV 22/45 Tactical pistol retails for $529. 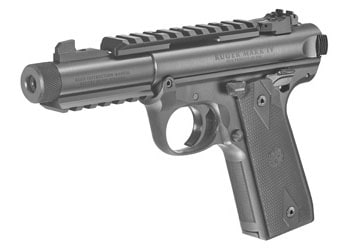 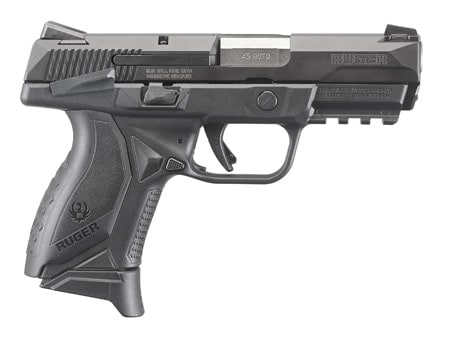