Family of 4 shot in murder-suicide 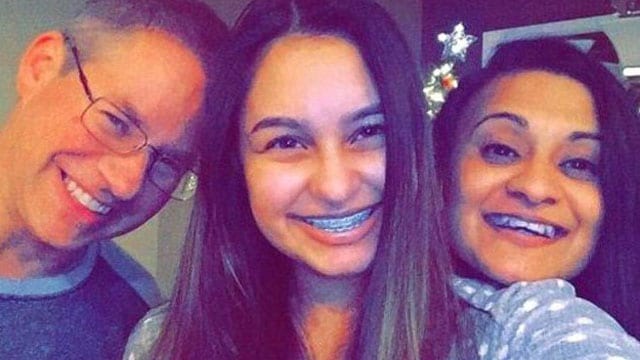 What appears to be a murder-suicide in St. Charles, Illinois, Friday evening left two teen girls and their father dead, while their mother recovers after being shot.

According to the St. Charles Police Department, a 911 call came in just after 5 p.m. The male caller, later identified as Randall Coffland, informed the dispatcher he had just killed his two daughters, shot his wife, and was going to kill himself as well. Coffland’s wife, Anjum, could be heard screaming in the background.

When police arrived on the scene, they found Anjum just inside the door of the condo. Authorities say she was shot in the leg, but a single bullet penetrated both legs. Officers also found Randall, as well as the couple’s 16-year-old twin daughters, Brittany and Tiffany, all with a single gunshot wound to the head.

Anjum was rushed to the hospital, where her condition was stabilized. Randall and the girls, who would have turned 17 on Tuesday, were pronounced dead at the scene.

Police recovered two 9mm handguns from the scene – one near Randall’s body and the second in a closet. A single spent casing was found near Randall and each of his daughters. St. Charles Deputy Chief David Kintz said there was no indication of a struggle before the shooting took place.

While the investigation is still early and ongoing, the department confirmed that the couple was separated and the girls had been living with their father. It’s unclear why Anjum was at the residence at the time of the shooting, but that will be determined as part of the investigation.

Police responded to a domestic call at the same residence about a month ago. The department confirmed there was no evidence of a physical encounter and no arrests were made that day.

Other than that single incident, the couple does not appear to have a history of domestic violence. Neither have a criminal record and Kintz confirmed Randall held a valid firearm owner identification card, which is required to own a gun in the state of Illinois.

Kintz, who called the shooting tragic and horrific, said they will work to determine the chain of events that led up to the shooting.

Likewise, in a statement, St. Charles Mayor Ray Rogina called the shooting a “horrific personal tragedy” and asked for thoughts and prayers for the family and friends of those affected. Rogina also praised the “meticulous work” of the first responders.