I'm your Huckleberry: Doc Holliday’s gun returning to the town he died in (PHOTOS) 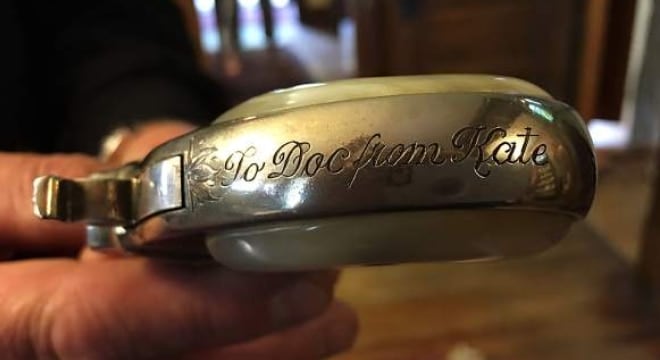 The derringer is engraved “To Doc from Kate” (Photo: Carla Jean Whitley/Post Independent)

The gun, a gift from his common-law wife, Katherine “Big Nose Kate” Horony-Cummings, is engraved on the grip’s spine “To Doc from Kate” and was among the pauper gunfighter’s belongings when he died in Glenwood Springs, Colorado in 1887, aged 36, of tuberculosis.

As reported by the Post Independent, the local Glenwood Springs Historical Society and Frontier Museum made a move to pick up the gun at auction. The gun, upon the gambler/dentist/gunslinger’s death, had passed to a local bartender as partial payment for the funeral and remained a family heirloom until it was sold in 1968. 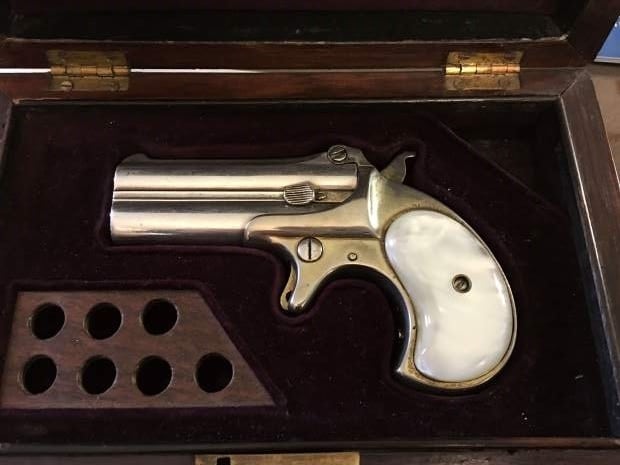 Surfacing at an auction last year, the society was given a chance to pick it up from new owner Jason Brierley of Vancouver, British Columbia, for $84,000. Officials feel the piece, which will eventually be on display at the former Hotel Greenwood, the historic building in which Holliday died, will draw tourists due to his connection to the Gunfight at the O.K. Corral, Old West lawman Wyatt Earp and the frontier town of Tombstone. 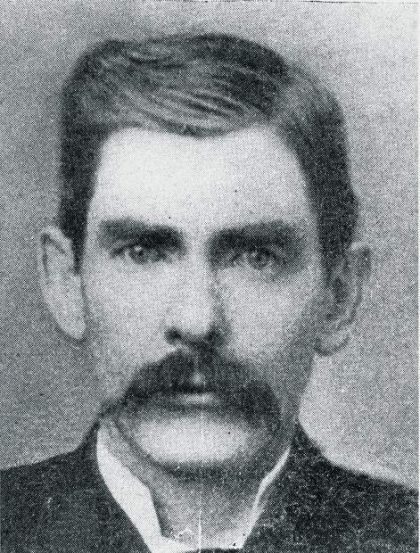 Holliday was born in Georgia in 1851 and died in Colorado six years after he was deputized by Tombstone city marshal Virgil Earp. (Photo: Glenwood Springs Chamber Resort Association)

“It was so important to let the public know all along what we’re doing because this is for Glenwood Springs,” said society executive director Bill Kight. “I really appreciate the fact that the city of Glenwood Springs has gotten behind us on this.”

The group managed to obtain a loan for the amount, though town leaders are rallying to help pay it back.

“As Post Independent publisher and editor, I’m making a personal $250 donation and a $250 donation from the Post Independent to the Glenwood Springs Historical Society toward repaying its $84,000 loan for Doc Holliday’s derringer,” noted the PI’s editor, Randy Essex, challenging 49 other prominent residents to match his donation.

Tax deductible donations can be made to the society through the Historical Society’s Colorado Gives site.