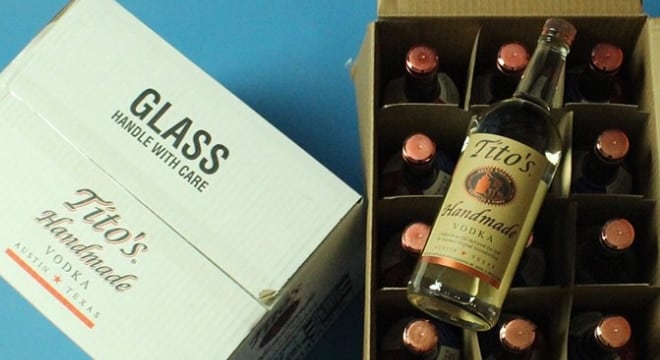 Tito’s Handmade Vodka, made in Austin, Texas for the past 20 years, runs about $20 per fifth or 750ml bottle (Photo: Tito’s Facebook)

A top leader of the trade organization for the firearms industry is at odds with Texas-based Tito’s vodka over the brand’s support for the Humane Society of the United States.

“Hunters & sportsmen shld boycott Tito’s for supporting anti-hunting HSUS See their website” noted Lawrence G. Keane, National Shooting Sports Foundation senior vice president and general counsel on his personal social media account, followed up with “Hey @TitosVodka I am pouring my bottle down the drain bc of your support for anti-hunting HSUS Won’t buy u again.”

What drew Keane to throw out his Texas-made hootch is the distiller’s 20th-anniversary party which benefits the HSUS.

As detailed on the company’s site for the event, donations for prizes ranging from $10 to $10,000 enter participants in a chance to win a trip to the celebration in Austin next month as well as tickets to the Euphoria Music Festival,”and all proceeds support The Humane Society of the United States.”

Prizes range from dog leashes and bowls to smokers and private tours of wildlife rescue centers and rehab facilities.

Gun rights and conservation groups have long been at odds with HSUS, arguing the advocacy group spends less than 1 percent of their funds on homeless animals while spending big bucks on legislation against traditional hunting and fishing activities.

Among the efforts in Texas spearheaded by the group was opposition to the Lone Star State’s constitutional amendment to the right to hunt and fish in 2015. In the end, the measure passed with 81 percent of the vote, carrying all 254 counties in Texas.

Keane posted the following to social media, making clear his feelings on Tito’s are his own, and not necessarily that of the NSSF. The piece has been updated to reflect that.

Just to be clear my tweet the other day was not an official statement of @NSSF calling for a boycott Like it says "opinions are my own" https://t.co/DrE5EZ2awI