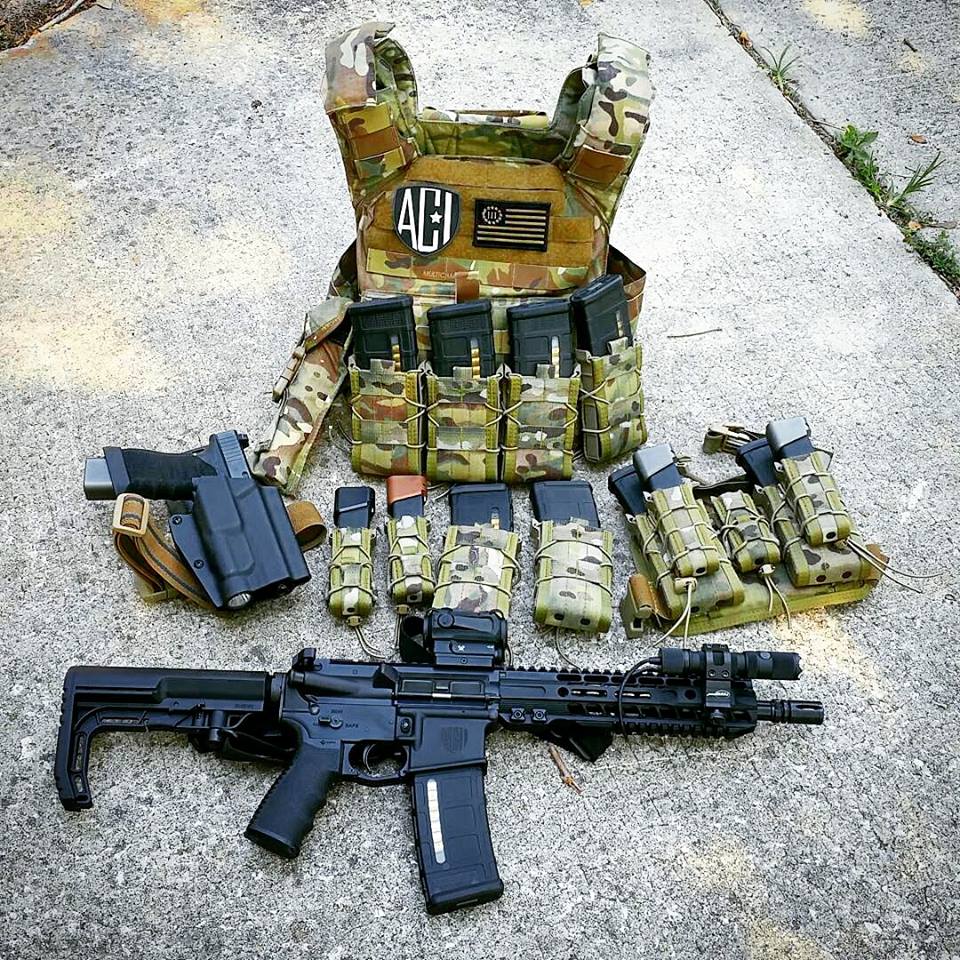 Lumped under the National Firearms Act of 1934, SBRs became entangled in gun legislation aimed at reducing violent gang related crimes of the 1920s and 1930s. Today these guns continue to be restricted, requiring potential owners to register with the Bureau of Alcohol, Tobacco, Firearms and Explosives and pay a $200 tax stamp fee.

Despite the legal hoops, SBR popularity has increased over the past few years with more gun owners adding shorties to their collection.

“It is a natural direction for the market to go as we roll into the golden age of rifles,” Chris Barrett, president of Barrett Firearms, told Guns.com.” There are so many choices of amazing firearms now. Short little carbines that we saw in the movies as kids are now actually obtainable. People are scratching that itch.”

Moving out of the movies and into the hands of actual gun owners, this petite platform’s tactical advantages continue to be touted as a suitable home defense alternative to a full-size AR. Their compact nature yields both size and weight benefits, allowing them to be wielded more easily around tight corners. They also can be stored in smaller areas and tighter confines, such as in vehicles.

Throw a suppressor on a SBR and, well, the whole system becomes even more attractive.

“The popularity of suppressors also make the SBR an attractive choice. When a suppressor is attached to an SBR the overall length is still manageable and in many cases the length is very close to that of an unsuppressed 16-inch carbine,” Barrett said. “Most importantly, they look cool.”

Though the SBR’s compact size and “coolness” make it an appealing option, they are still regulated making ownership more difficult than their full-size brethren. Why have consumers gotten over their fear of the ATF to own these little guns?

Logan Betterton of LWRC International said he thinks consumers are less intimidated by the NFA process.

“I think that the increase in their popularity is due to less confusion in regards to the purchasing process, along with the awareness of an SBR’s benefits,” Betterton told Guns.com in an email. “I think that generally the internet has helped clarify the facts for consumers who are searching for an answer. With the help of firearms writers and manufactures; more information containing the facts has become more accessible and generally easy to find.”

“The knowledge of the staff of many local gun shops has also moved up several notches. Many of the pros that work behind the counter own multiple NFA items and are happy to walk their customers through the process,” he said.

The process, demystified by the Internet and gun shop employees, helped short barreled rifle ownership rise over the past few years. The ATF reports a steady yearly increase in registration since the Firearm Commerce in the United States was made available online in 2011. In 2016, the ATF reported a 17 percent increase in the number of SBRs registered over the previous year.

The boom in business has caused some manufacturers to branch out from just offering the standard AR with a shorter barrel. Now, gun makers are tinkering with carbines in a variety of caliber configurations.

“Wilson Combat has been making custom SBR AR style guns since the mid 90’s and has seen an increase in sales year over year,” Anthony Lombardo from Wilson Combat told Guns.com in a statement. “Strong customer interest in suppressor use and self-defense have made SBR rifles and carbines much more popular-not just in rifle calibers but also pistol calibers like 9mm.”

SBRs now come in a variety of flavors from .300 BLK to 9mm. In addition, kits like FAB Defense’s KPOS and CAA’s RONI allow gun owners to drop a registered pistol into a SBR frame; thus transforming their Glock into a full blown carbine.

Though the SBR idea is nothing new, manufacturers continue to innovate on this platform offering gun consumers more and more ways to play.