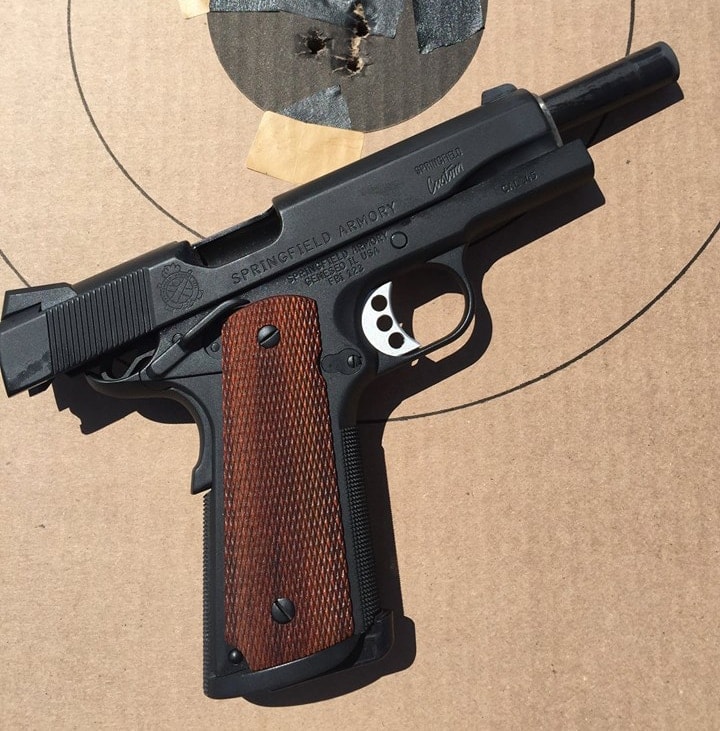 Springfield Armory straightened out rumors that their highly sought after Custom Shop designs were no longer in production, saying the shop is still churning out custom guns.

The company said in a Q&A style video posted to Facebook that while the Custom Shop has taken a step back from new RMAs on custom guns, their gunsmiths continue to build custom firearms.

“I think we have like seven custom guns in our menu right now. We’re real excited about some of the new models we’re working on,” he said.

One of those models is the FBI Contract 1911, which Reese specifically mentioned will start appearing on custom retailers shelves. Springfield’s FBI Contract 1911s are normally a rarity in the wild, with collectors snatching these pistols up before most consumers can get their hands on them.

“In the past, those guns, you’ll pretty much never see one on the shelf because they are so sought after,” Springfield sponsored shooter Rob Leatham said in the interview.

Reese finished off the video segment by explaining that the pause in new customer RMAs might eventually be lifted; however, he offered no information on exactly when consumers will be able to request new custom jobs.

“We’re taking a little bit of a time out and evaluating the kind of work we’re going to be able to handle going forward. We should have that sorted out in the coming months.”