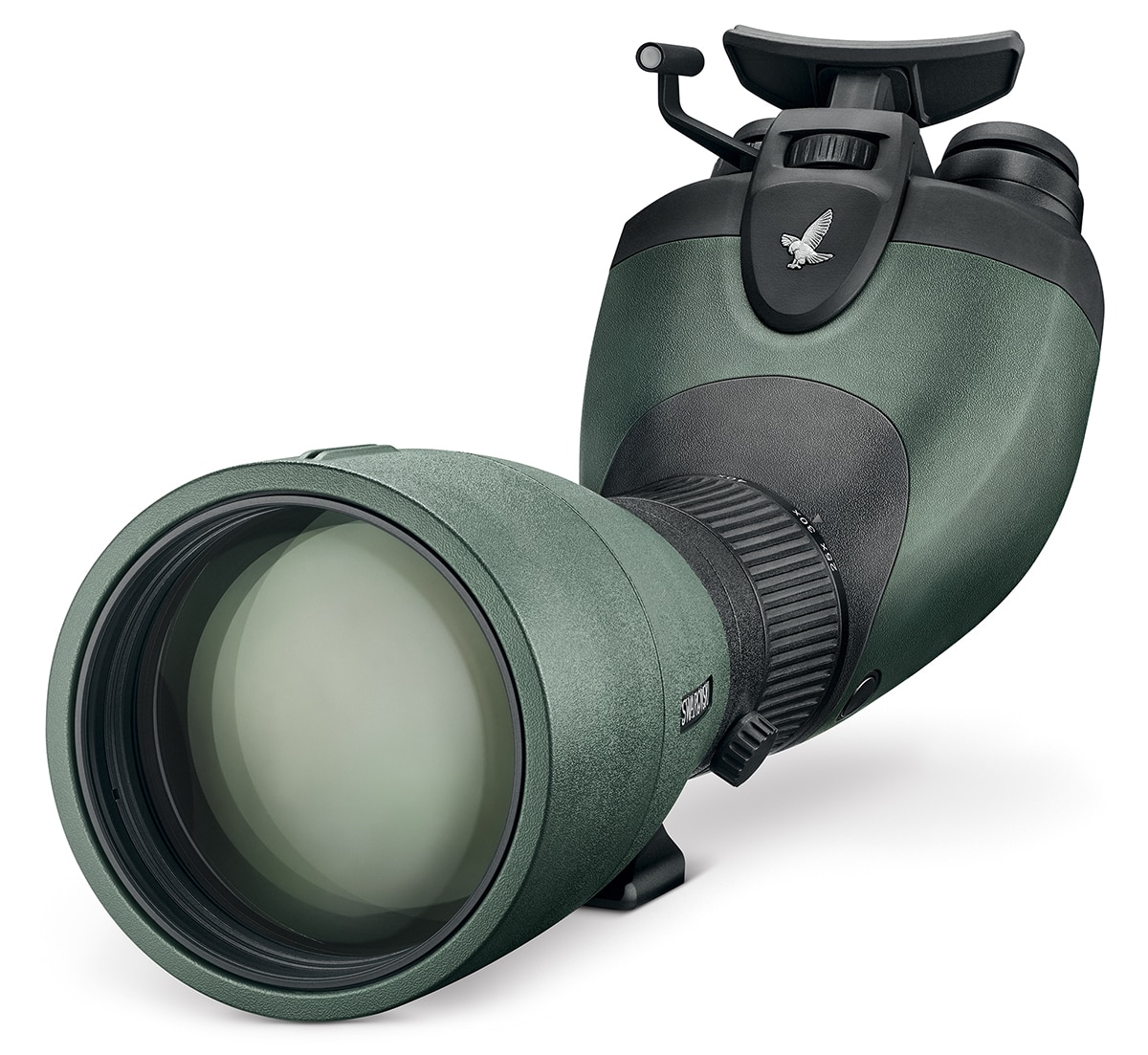 The BTX is unique in that it offers two eyepieces instead of one, to increase visual images and prevent eye strain. (Photo: Swarovski Optik)

The BTX Spotting Scope combines the features of a spotting scope and binocular, allowing shooters to use both eyes. Utilizing the visual power of two eyes gives hunters their entire field of vision, which results in less eye fatigue and greater visual detail.

The scope is equipped with an angled view and adjustable forehead rest. The pairing of these two features increases comfort, providing longer periods of time for observation without interruption. An aiming aid is included above the right eyepiece. Observers need only glance up to find their target.

Equipped with a 30x or 35x magnification and Swarovision technology, the BTX reproduces small details with color fidelity and sharpness. The scope is compatible with all objective modules in the Swarovski Optik ATX/STX series. Additionally, the Swarovski offers several optional accessories to include a magnification extender, balance rail and PTH professional tripod.

“The BTX binocular spotting scope literally changes the way we look at spotting scopes. To be able to utilize your entire vision will not only enhance what you are seeing, but also it will totally immerse you in nature,” Albert Wannenmacher, CEO of Swarovski Optic North America, said in a statement.

No word yet on pricing; however the BTX will be available to consumers in May 2017.

The dS is slated to hit American markets in 2018. (Photo: Swarovski Optik)

Swarovski’s dS riflescope is also aiming high, representing a new generation in optics according to the company. The riflescope combines conventional optics with digital targeting to usher in the new era.

The dS allows shooters to see the correct aiming point as well as key ballistic data in the head-up display. This display showcases distance, bullet energy and other features in a high-resolution display that aids hunters in bringing down their prey.

“With the press of a button, the dS measures the exact distance to the target, having factored in the magnification setting, air pressure, temperature, and angle. This takes into account the personal ballistic data for your firearm/ammunition combination,” the company said in a press release.

The dS is expected to drop in Europe in July 2017; however, U.S. customers will have to wait until the dS makes its stateside debut at SHOT Show in January 2018.