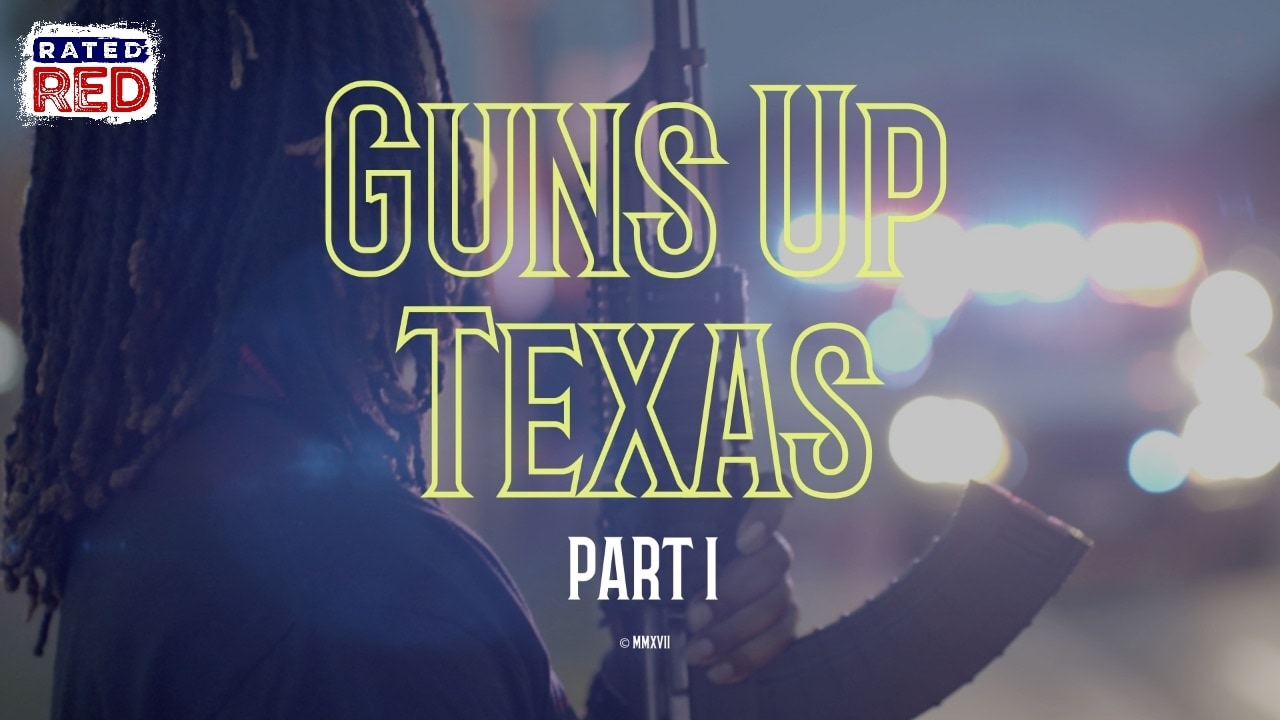 I’m not sure how many of you have watched the video series that was recently released on Youtube called Guns Up Texas. It’s a four-part series of short documentaries that reports on gun culture in the state of Texas. The videos are produced by Rated Red, which is part of AOL-HuffPost Entertainment.

Prior to meeting with the group, Winkler makes the following statement in his voice over: “The history of US gun laws is pretty racist. Second Amendment groups like Open Carry Texas and the NRA have never been exactly welcoming to minorities.” 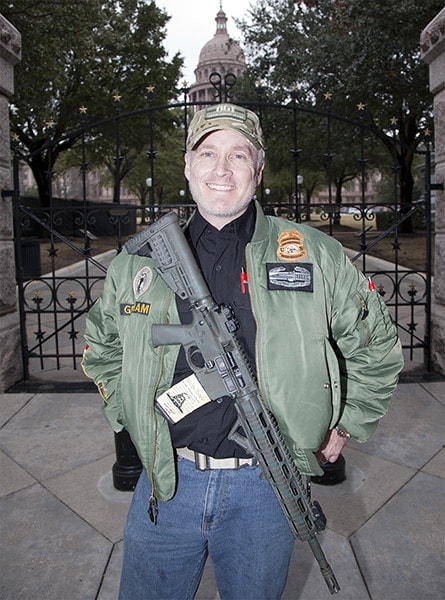 Guns.com has reported on Open Carry Texas in the past, and I personally spent time in Austin, Texas with the founder of group, CJ Grisham. I was troubled by Winkler’s accusation that Grisham’s group is racially biased. I wanted to get to the bottom of it, and so I reached out to Grisham by email to ask if he’d seen the video. He said he had, and that he had already called out the accusations as “flat out slander” in the comments section below the video on Youtube. Grisham also blasted Rated Red for not even reaching out to his group for an interview.

Grisham agreed to respond to some questions related to the accusation as well as the general inclusion of minorities in gun groups and gun culture.

Guns.com – How do you respond to the claim by Rated Red that your group Open Carry Texas has never welcomed minorities?

Grisham – Open Carry Texas has gone out of its way to be inclusive of minorities. In fact, we have long recognized that our gun laws unfairly target minorities and have sought to abolish them. Several of our groups, including San Antonio, El Paso, and Dallas have African American leaders. We have held events in African American communities to recruit members and encourage them to exercise their rights. We were also the ONLY gun rights group in Texas that has rallied in support of James Speight who was unlawfully arrested for open carry of a long arm in San Antonio as well as Marcus Weldon in Detroit who unlawfully arrested for self-defense. On the other hand, we have reached out to the Huey P. Newton Gun Club in the past to do joint events or even participate in one of their events and we were told we weren’t welcome.

Guns.com – Do you have any African American members?

Grisham – We don’t keep track of the makeup of our members, but we have thousands of African American members all across the state, several of whom are in leadership positions.

Guns.com – Do you think that African American’s should own guns?

Grisham – Absolutely, 100%. I think that if more law-abiding African Americans would exercise their rights, crime in their communities would drop.

Guns.com – Is there a general fear of African American’s owning guns?

Grisham – I do think the general public has a general fear, but probably not for the reasons many people think. Too few people in the African American community peacefully carry on a day to day basis and the public doesn’t see it enough to be desensitized to it. Additionally, the media has portrayed African Americans as violent criminals, which adds to the fear. To overcome this stigma and stigmatization, more law abiding African Americans should not only own, but carry guns in public.

Guns.com – Do you think Muslim Americans should own guns?

Grisham – Absolutely. The 2nd Amendment applies to everyone regardless of race, ethnicity, religion, sex, age, or otherwise.

Guns.com – Do you think the NRA is inclusive of ethnic minorities?

Grisham – Without question. Go to any NRA convention and you’ll find blacks, whites, Hispanics and just about any kind of patriot. To suggest that either the NRA or Open Carry Texas is not inclusive of minorities is nothing more than projection by people who don’t want minorities to be inclusive and prefer to continue division and segregation. Every gun rights groups should be inclusive of everyone.

Guns.com – Do you think the LGBT community should own guns?

Grisham – I think the LGBT community is perhaps one of the communities that need to carry the most in self-defense. When extremists targeting this community in Orlando, it is imperative that they arm themselves in self-defense. After the shooting, Open Carry Texas offered to attend LGBT events openly carrying as a deterrent to any violent intentions against them. No other gun group did this.

Guns.com – In the video report Guns Up Texas, one of the members of the Huey P. Newton Gun Club states that when your group, Open Carry Texas, stages almost identical public armed protests, you don’t get harassed by the police as much as they do. Is this true?

Grisham – Open Carry Texas used to get harassed all the time when we first started. We couldn’t hold a rally without being harassed. Even today, our members are stopped and questioned when they do walks in smaller groups. However, by working to protect our rights and also to educate the law enforcement community, most of those stops are now cordial and friendly. Twenty-four members of OCT have been arrested for lawful carry since our founding — all of them white males. Not a single member of the HPNGC has been arrested at one of their rallies or events. Even when law enforcement doesn’t harass or stop us, they shadow our events until we leave.

Grisham – I don’t think so. The police have targeted nearly every grassroots, activist gun rights group in Texas: the HPNGC, OCT, Texas Carry, Come and Take It – Texas, Lone Star Gun Rights, and others. The HPNGC has never had law enforcement officers roll up on one of their events pointing assault rifles at them and demanding that they get on the ground. OCT has.

Guns.com – Have you been in contact with the Huey P. Newton Gun Club?

Grisham – Yes. A few years ago, we reached out to the Huey P. Newton Gun Club to do a joint event or to participate in one of theirs. We were told we weren’t welcome and they didn’t want to work together. We also attempted to work with Quannel X down in Houston and he made it clear we weren’t welcome either.