Pennsylvania: Switchblade ban is in line with Second Amendment 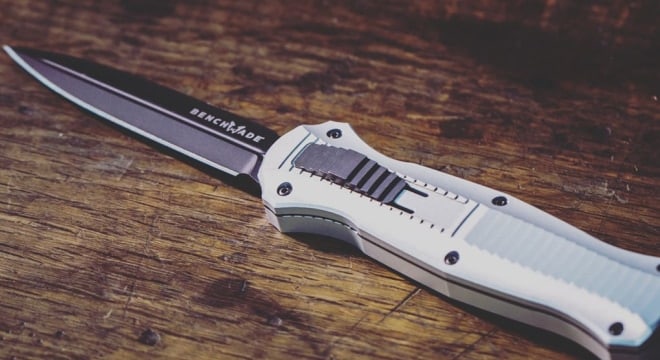 A Pennsylvania Superior Court last week upheld the state’s prohibition on switchblades, noting they are prohibited offensive weapons not covered by the U.S. Constitution.

The ruling comes in the form of a non-precedential decision from a unanimous three-judge panel of the Pennsylvania Superior Court in the case of William Battle, arrested in 2014 for carrying a switchblade. The court held the Commonwealth’s law on defining offensive weapons includes knives in which “the blade of which is exposed in an automatic way by switch, push-button, spring mechanism,” and affirmed Battle’s conviction.

Battle, arrested after the four-inch knife was found at a security checkpoint to a county courthouse, argued it was his constitutional right as outlined by the 2008 Heller decision to possess a switchblade for the purpose of lawful self-defense. The court did not agree.

Superior Court Judge Lillian Harris Ransom, writing for the panel, held that lawmakers found the only reason to carry weapons classified as offensive under state law was for a criminal purpose, and that Battle could have chosen a more common item.

Second Amendment scholars have long maintained that bans on the carry of knives in general, and various automatic knives in particular, are unconstitutional.

According to the American Knife and Tool Institute, 15 states have bans on the sale and use of automatic, or switchblade, knives. A repeal of Virginia’s ban was vetoed last month by Gov. Terry McAuliffe while in Colorado, lawmakers last week sent a bipartisan bill scrapping that state’s ban to Gov. Hickenlooper for review.